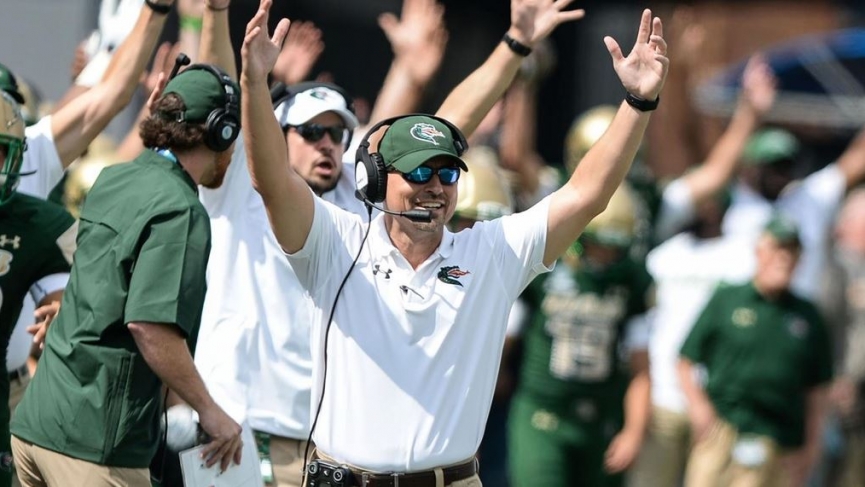 Conference USA Championship UAB Blazers at Marshall Thundering Herd Pick: Bill Clark and the UAB Blazers are 35-25-1 ATS since Clark took over as head coach back in 2014. A run that includes a 13-6-1 ATS record when coming off an ATS loss. On Friday night they head to Huntington to take on Marshall, who are coming off one of the worst losses in school history, getting shut out by Rice as -3000 moneyline favorites. It’s the Conference USA Championship game from Joan C. Edwards Stadium on Friday night.

In a crazy season that saw one Conference USA team never get on the field while another managed to work in 11 contests, the league is set to determine its champion in a showdown between the UAB Blazers and Marshall Thundering Herd.

CBS Sports Network will broadcast the tilt from Huntington after Marshall earned home-field advantage with the better win percentage in CUSA play. The Thundering Herd were originally introduced as 7-point favorites, but that spread has since dipped to -5½ at Bet365 where the scoreboard mark is running 42, one of the lowest totals on the Week 16 board.

Alabama-Birmingham started the season strong with four wins in its first five games. That’s when things went a bit wacky as the Blazers dropped a couple of close contests to Louisiana and Louisiana Tech. Those defeats were followed by five weeks of inactivity because of virus protocols in UAB’s locker room as well as its opponents. Bill Clark’s squad finally nailed down the West Division title this past week with a 21-16 win over Rice, making the Blazers the first CUSA team to win three successive division crowns.

Marshall reeled off seven straight wins to begin the season, enduring four cancellations during that stretch. The Thundering Herd were expected to clinch the East Division title two weeks ago as 24-point favorites on the NCAAF odds against Rice, but instead laid an egg in a 20-0 loss. One of the better teams at not turning it over up to that point, Doc Holliday’s crew gave it away five times in the loss that marked their first time to be blanked in 204 games.

The Thundering Herd will be seeking their third consecutive win over the Blazers on what is expected to be a cold and cloudy evening at Edwards Stadium. It’s the first time for Marshall and UAB to meet in the Conference USA Championship, and the Thundering Herd have won all five previous matchups between the two in Huntington. The last two encounters at Edwards Stadium skipped past the totals, and ‘over’ 42 is the direction I’m going with my college football pick.