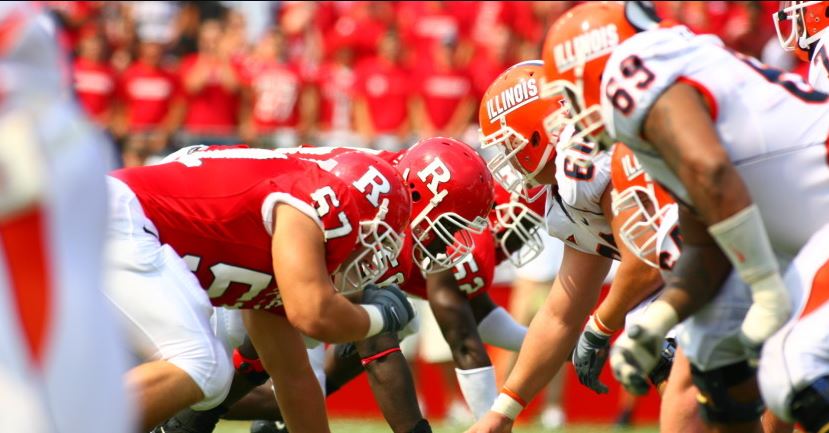 College Football Picks – Saturday’s Projected Winning Bets: The betting lines and totals for NCAA Football games are not what the bookmakers think, or what they are predicting. Instead, it is the best estimate by the bookies on how human betting behavior will react to the previous week’s game results.

Let’s add our projection model to a favorite scoring 28 or more in games played during the 2020 season. The favorites implied to score 28 or more points have earned a 50-25 ATS record for 68% winning bets from the spreadsheet below. That record of blindly betting favorites is active this Saturday in three games. The teams to bet on are Rutgers, Utah, and Washington, as shown in the chart below.

Rutgers vs Illinois: Rutgers has received 84% of the betting tickets, but the money flows are at a 50-50 equilibrium in their matchup against Illinois. Rutgers is a 4-point home favorite after opening at seven points. The total opened at 52 and has remained constant at that price. So, these two lines imply a 28-24 Rutgers win. Rutgers is 30-5 SU and 27-8 ATS when scoring 28 or more points in games played since 2010.

Washington vs Oregon State: Washington will host Oregon State as 13.5-point home favorites with a total price at 52.5 points in the market place. Washington accounts for 75% of the total amount bet on the game, but large bets have surfaced on Oregon State, keeping the market in a balanced state.