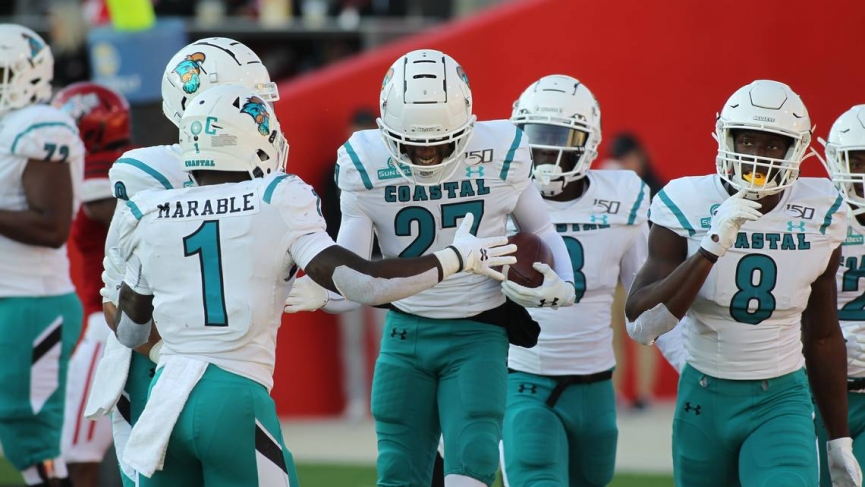 This line opened with the public loving the Raging Cajuns. However, after plateauing at the -7.5 range, sharp money has pushed now Coastal Carolina to where they currently sit as +9.5 dogs against UL-Lafayette in week 7. Levi Lewis has been underwhelming this year, with just 4 touchdowns and 3 interceptions, and the Cajuns as a whole were held to less than 275 yards of offense against Iowa State. The Cajuns will have to contain the redshirt freshman from Coastal Carolina, Grayson McCall, who has nine touchdowns and just one interception so far in 2020.

These two teams give up similar numbers in terms of points allowed, but Coastal Carolina has allowed far more points in garbage time rather than in meaningful minutes. The value is certainly on the road underdog, as the public perception may be rating the Cajuns a little bit higher than what their performance has indicated in this unprecedented college football season.