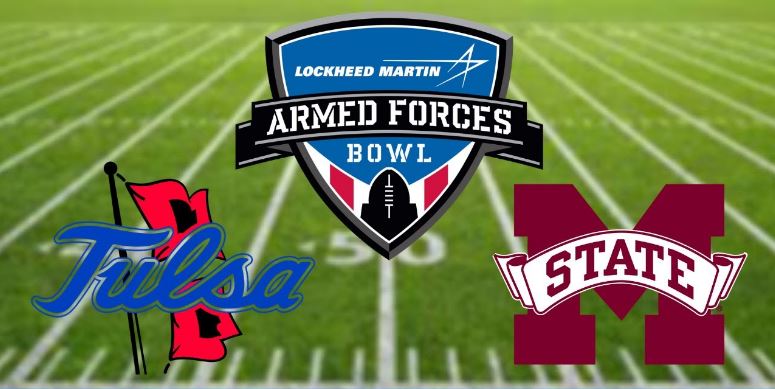 Armed Forces Bowl Predictions | Mississippi State vs Tulsa Pick: Tulsa has been in two bowl games since head coach Phil Montgomery was hired back in 2015 and covered both games by an average of +21.5 points. The Golden Hurricane come into the Armed Forces Bowl on New Year’s Eve riding a 4-0 ATS streak, and as a program they have gone 6-1 ATS in their last 7 bowl games, dating back to 2007.

Mississippi State head coach Mike Leach has not exactly faired well in bowl games, going 7-8 in his career overall, with a 2-4 ATS record with Washington State in bowl games, in his 7 years with them (2012-2019). The Bulldogs only managed to cover 3 games this season, with the most recent ATS win coming in their last game of the regular season against Missouri (51-32). In their two previous ATS wins in 2020, the Bulldogs failed to cover the spread in the following game.

The Bulldogs are 4-4 ATS this season as the betting underdog, with their biggest win of the year coming against LSU in their first game of the season, picking up the 44-34 victory as +465 moneyline dogs. The Bulldogs have trended heavily towards the Under on the betting total in 2020, going under by an average of 7.2 points per game.

Tulsa went 2-1 ATS as the betting favorite in 2020, but have won every game outright as the betting chalk. The Golden Hurricane’s best performance this season was against UCF, a game they cashed as +650 moneyline underdogs, picking up 34-26 victory.

Based on the measure of expectation, you have to give the edge to Tulsa in this one, although injuries will likely be a factor, which is why this line sits where it does. Tulsa held their own this season and lived up to their expectations, finishing second in the AAC, and losing by just 3 points to Cincinnati in the AAC championship game. Meanwhile, the Bulldogs have been abysmal this year, with their only signature win coming against a very shakey LSU squad.

Based on this current line, Tulsa seems to have a ton of value in a game that should most likely see the Golden Hurricane favored by at least -3. As for the total, this one opened at 49.5 and has since moved to as low as 45. There was likely some value on the under earlier in the week, but this one moving to as low as it is now, it is reaching a point where the Over might be the bet to make. This total market is likely priced out, and you will certainly find more value live betting this total, especially if we see some scoring right off the hop.

At the end of the day, Tulsa should be favored by more points, and if you’re willing to back a lesser-known program against an SEC team, there would be no argument against doubling up on this one, spread, and moneyline.