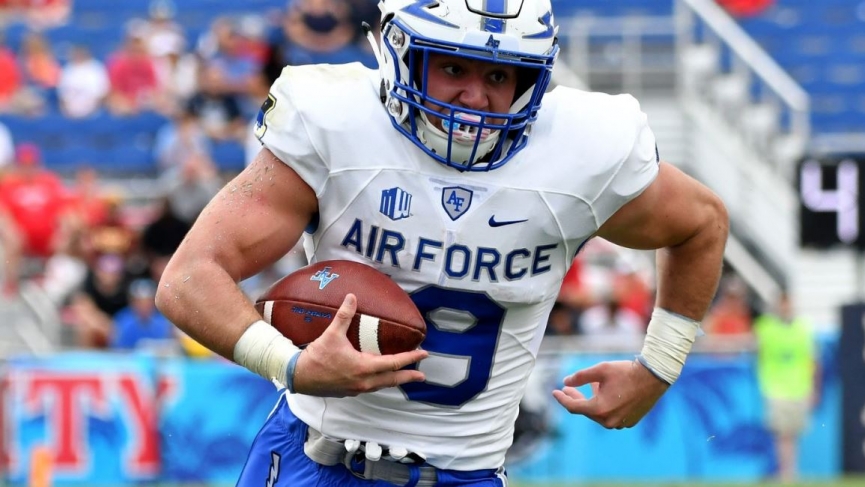 Air Force vs Utah State Pick – College Football Week 14: It has been a struggle for Troy Calhoun to just get his Air Force Falcons on the field with three of their four games either postponed or outright canceled. For Gary Anderson and the Utah State Aggies, the struggle has been to find the win column.

The Falcons only managed to play one game in November, but at least they can say they went the entire month without allowing a point. Air Force pitched a 28-0 shutout at home over New Mexico a couple of weeks ago, surviving three fumbles and dominating the clock to cover the spread. Sophomore fullback Brad Roberts had a huge game with 28 carries for 177 yards, and scored three of the Falcons’ four touchdowns.

After dropping their first four games, both straight-up and against the spread, the Aggies finally got into the win column with a 41-27 home win over the same New Mexico team on Thanksgiving. Trailing 13-6 at halftime, Andrew Peasley caught fire to ignite a 28-point 3rd-quarter for Utah State. Peasley ended the evening 14-for-21 through the air for 239 yards and three scores, also rushing for 118 yards and a touchdown.

There isn’t a lot of history between the two teams with just eight previous matchups, seven of those in the last seven seasons with Air Force owning a 4-3 edge as conference rivals. Last year’s meeting was in Colorado Springs where the Falcons coasted to a 31-7 win as 3-point chalk. The favorite has covered the last four. Utah State has struggled to stop the run, but the spread is a couple of points too high. The right play is the Aggies plus the 10 points.