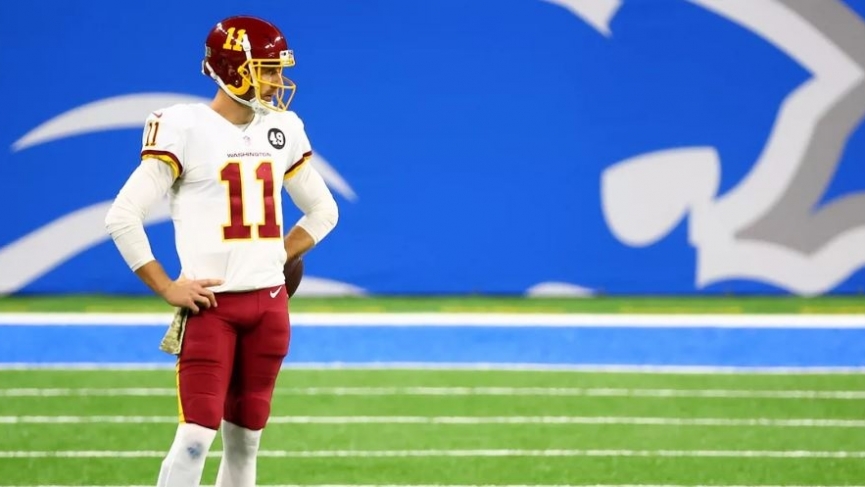 These two teams met in week 7, a game in which Washington won 25-3. Note Washington started quarterback Kyle Allen in that contest but has since been injured; thus, Alex Smith will start in this contest.

Since returning from his own injury, Alex Smith played okay against the Giants, throwing for 325 yards, leading multiple scoring drives, and throwing three interceptions.

Two weeks ago, he had a career game against Detroit, completing 38 passes and throwing for 390 yards. He rallied Washington from three scores down only to lose on a last-second field goal.

Last week Smith didn’t do much, throwing for 166 yards on 17 completions. Washington did get the win, a fortunate one as Cincinnati did not score a single point on their first two drives despite accumulating 149 yards of offense. In the third quarter, Cincinnati quarterback Joe Burrow was injured, and it seemed to deflate the team.

Note that before Burrow’s injury, Washington had one touchdown, four punts, and an interception but was able to score points on their subsequent three possessions after the injury.

After week one, Dallas gave up 34 points or more in their next five games, but over their past four contests, they are giving up an average of 25 points per game. Last week Dallas got back their best corner Chidobe Awuzie from an injury that saw him out of action since week two. He will be tasked with trying to slow down Terry McLaurin, who has been Washington’s leading receiver in 9/10 games and is 4th in the NFL in receiving yards.

Dallas started quarterback Andy Dalton against Washington, but he left in the third quarter with a concussion. However, the game had already been decided at that point as Washington was leading 22-3, and Dalton was unproductive in his 2.5 quarters of action. He went just 9/19 for 75 yards and threw an interception. Offensive lineman Zack Martin was not available in the first meeting, but he will play this week.

Last week against Minnesota, he was moved from guard to tackle, a move that paid off well as Dallas was able to run the football more effectively and gave Dalton, who returned from his concussion last week, more time to throw. Of course, Minnesota’s pass rush is mediocre and was dealing with injuries. Washington’s pass rush is more potent and ranks 5th in the NFL in sacks per game; thus, this will be a tougher test for the Dallas offensive line.

Dallas covered their first two ATS spreads of the season over their last two games, and while they are getting healthier and playing better, it was easier to take more than a touchdown with them than it is to lay points and ask them to win by any sort of margin. With Alex Smith at quarterback, Watshington has a win and two losses by a field goal. The winner will be tied for first place in the NFC Least; thus, I expect a close game. Taking 3 with Washington would be my lean.

I much prefer ‘under’ 46 because since Dallas starting quarterback Dak Prescott was injured, they had played all under’ until last week. I still prefer the Washington defensive line over the Dallas offensive line. Since week four, Washington has played one game that has seen more than 43 points, and it was a career game from Alex Smith two weeks ago, which is likely to end up being an anomaly.