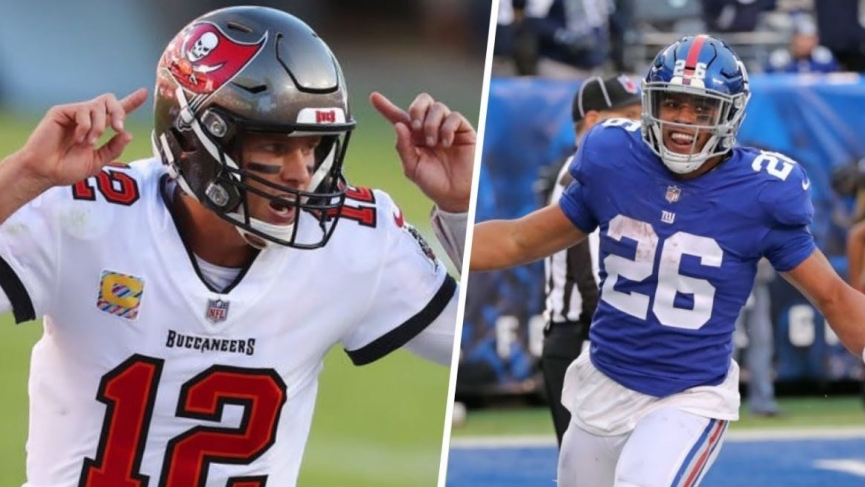 Tampa Bay Buccaneers vs NY Giants Pick – NFL Week 8: The Buccaneers have failed to cover against the NY Giants in their last 4 match-ups, they meet again under many different circumstances. This time, the Bucs have Tom Brady on their team.

Offensively Tampa Bay had been getting healthier in recent weeks until last week when wide receiver Chris Godwin got injured and will miss this week’s contest. He had previously missed time with an injury but over the past two games since he had been back, he caught 14 passes for 136 yards and a touchdown thus his presence will likely be missed. What has picked up recently is the Tom Brady to Rob Gronkowski connection as Gronkowski has had his two best games over the past two weeks since coming back from retirement and has scored a touchdown in both. That connection should once again be successful this week.

The New York Giants offense has been terrible this season ranking 31st in points per game. Throwing the ball the Giants are averaging just 5.6 yards per pass attempt which ranks 30th in the NFL. Their rushing offense has also been non-existent since star running back Saquon Barkley was injured early in week two. Quarterback Daniel Jones has been their best rusher leading the Giants in rushing in 4/7 games this season. Jones does rank third amongst quarterbacks in rushing yards with 296 yards (80 of those yards did come on one play last week) and he will likely need that scrambling ability in this contest.

For all the Giants’ problems this year and their lack of offense, they have been a feisty underdog owning a winning point spread record. The only game they have lost by more than 10 was in week three to San Francisco. Despite this, Tampa Bay has found their stride on both sides of the ball, and they are not a team I have any interest in stepping in front of right now; thus, they’d be my lean. Tampa Bay’s offense has been improving, but the injury to Chris Godwin might slow them down a bit. There is not a single match-up between the Giants offense and Buccaneers defense that I prefer for the Giants; thus, I much prefer ‘under’ 46 as the Giants aren’t likely to contribute much on the scoreboard.


Keep it locked to Odds.com for all of your NFL betting needs for Week 8. The best current odds can be found at our NFL Odds Page. Stay tuned for plenty more NFL Week 8 Picks throughout the season.