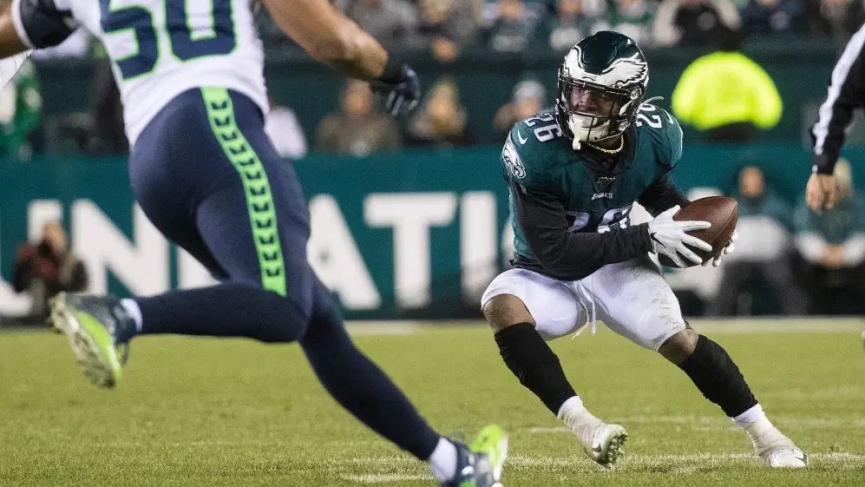 Seattle and Philadelphia have met twice in the past two seasons, including in last year’s playoffs. Seattle won both games 17-9. Seattle played last Thursday against Arizona; thus, they have extra time to prepare. In that contest, their defense played arguably its best game of the season. The 21 points they allowed was the lowest of the season and much lower than the 37 points they allowed the first time they played Arizona.

Two weeks ago, they held the LA Rams to 23 points, tied for the second-fewest points Seattle has allowed. Note Seattle gave up 5.6 yards per play (YPP) to the Rams and 5 (compared to 6.4 in the first meeting) YPP to Arizona, which is less than their current season average of allowing 6 YPP, good for 26th in the NFL. Over the past couple of weeks, their performance would put their defense in the top half of the league.

Seattle’s defensive line has performed much better of late. It should be no surprise as they recently acquired defensive end, Carlos Dunlap, in a trade. He has paid immediate dividends accumulating 3.5 sacks in 3 games, including two sacks last week. It’s possible that Seattle could have corner Shaquill Griffin back from injury as he has been a limited participant in practice, which would certainly help their secondary.

The Eagles offense has been a mess the entire year with the offensive line and skill position talent ravaged by injuries. At one point, the only two healthy starters on offense were quarterback Carson Wentz and center Jason Kelce. It is no surprise that they rank 28th in the NFL, averaging 5 YPP.

This week, however, they are expected to get back Wentz’s favorite receiver in tight end Zack Ertz back, and with his return, the Eagles skill position talent will be as healthy as it’s been all year. Running back Miles Sanders, receivers Alshon Jeffery and 1st round pick Jalen Reagor, tight end Dallas Goedert and lineman Jason Peters and Lane Johnson have all returned from injury in the past couple of weeks. Lane Johnson is dealing with a shoulder injury that he suffered last week; thus, his status is in the air.

With most of the Eagles players back two weeks ago, the offense has underperformed since then. They moved the ball okay against the New York Giants, averaging 5.5 YPP, but they could not convert a third down going 0 for 9. You could also argue that they needed some time for everyone to find a rhythm with several returning players. Last week against Cleveland, they struggled to move the football though you could argue some of that was weather-related, and they had some offensive line injuries to Lane Johnson and Jason Kelce though the latter did return after a few plays.

Very quietly, the Eagles defense has put together a very strong season statistically ranking 6th in the NFL in both opponent YPP and opponent yards per pass attempt. The Eagles can also put pressure on the quarterback, as evidenced by the fact they rank second in the NFL, averaging 3.4 sacks per game. Of course, MVP candidate Russell Wilson will be a step up in class in overall talent for the Eagles defense. Note the Eagles have faced one offense that ranks in the top 10 in yards per play and yards per pass attempt, the LA Rams who rank 10th in both categories. Seattle ranks in the top five in both categories.

Russell Wilson has thrown the most touchdowns in the NFL and is second in yards. He ranks third in the NFL, owning a very impressive 70.7 completion percentage. Impressive due to all the down the field shots he takes compared to those ahead of him. Note the two quarterbacks ahead of him are both outside the top 10 in yards and yards per game.

I would lean to Philadelphia +5 because Seattle tends to play one-possession games as 7 of their ten games have been decided by a single score. Philadelphia is 2-1 ATS this year when catching 5 points or more, including an outright win at San Francisco when getting 8 points. I much prefer ‘under’ 50. The Seattle defense might have turned a corner, and there has been evidence of that in recent weeks with the acquisition of Carlos Dunlap.

In theory, the Eagles offense is supposed to play better now that it is healthy, but we have yet to see evidence of that, however, and their offense has not worked in recent meetings with Seattle. The Eagles defensive line should be able to get pressure on Wilson, which will give them the chance to contain him.