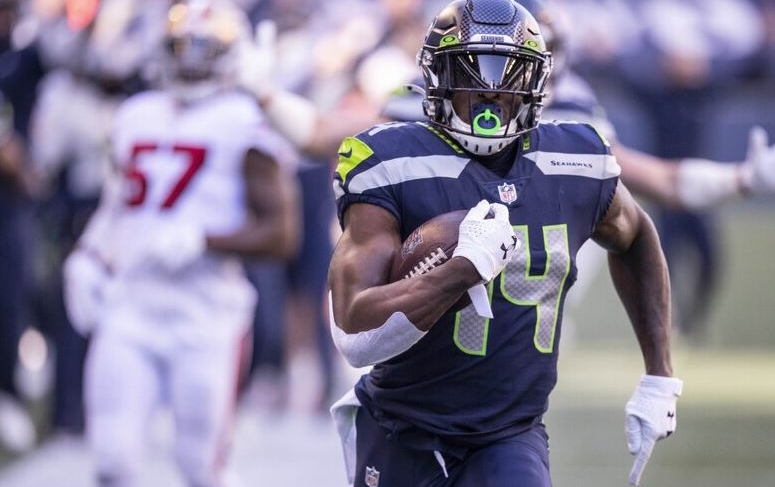 Key Prop Stats: DK Metcalf has 9 touchdowns in his last 10 games, including a current streak of four games in which he’s reached the endzone. In 12 weeks of NFL football, DK Metcalf has failed to get his name on the score sheet just three times. Here’s how to bet Metcalf on Monday night.

DK Metcalf leads his team in receiving yards with 862, is 2nd on his team in targets with 77 and receptions with 48. He averages 86.2 receiving yards per game and has 9 touchdowns in the 10 games he has played in this year. In his last 4 games, he has 4 touchdowns and is coming off a game where he scored. In that same span, he is averaging over 10 yards per catch and is a very potent talent in this offense. There are only 3 games this season where he failed to find the endzone. Expect him to get in on Monday Night yet again.

Miles Sanders leads his team in rushing yards with 585. He averages 83.6 rushing yards per game and has 3 touchdowns on the season. He missed about a month due to injury but, he has picked up where he left off rushing for more than 65 yards in each of his last 2 games and more than 80 yards the 2 games before his injury. He averages more than 80 rushing yards per game in that span. The Seahawks defense has not been good this year and Sanders should be able to continue rolling against them. There is some good value on his over for rushing yards, especially when the Eagles offense has been abysmal this year.

Bettor Beware: The Ravens and Steelers were supposed to square off at prime-time on Thanksgiving night, but COVID-19 had other plans. The game was rescheduled to Sunday afternoon, but positive tests continued to pop up on both teams, pushing the game to where it will be played now, Tuesday night. Lamar Jackson among others is ruled out for the Ravens, while James Conner and a number of defensive pieces for the Steelers are also ruled out.

Chase Claypool leads his team in receiving yards with 559, is 3rd on his team in targets with 65, and receptions with 39. He averages 55.9 receiving yards per game and has 8 touchdowns in the 10 games he’s played in. He has 4 touchdowns in his last 4 games including 3 of those in his last 2. He scored one against these Ravens just a few weeks ago and should be able to get in the endzone again. There is good value on him to score a touchdown.

Keep it locked to Odds.com for all of your NFL betting needs for Week 12. The best current odds can be found at our NFL Odds Page. Stay tuned for plenty more Weekly NFL Picks throughout the season.