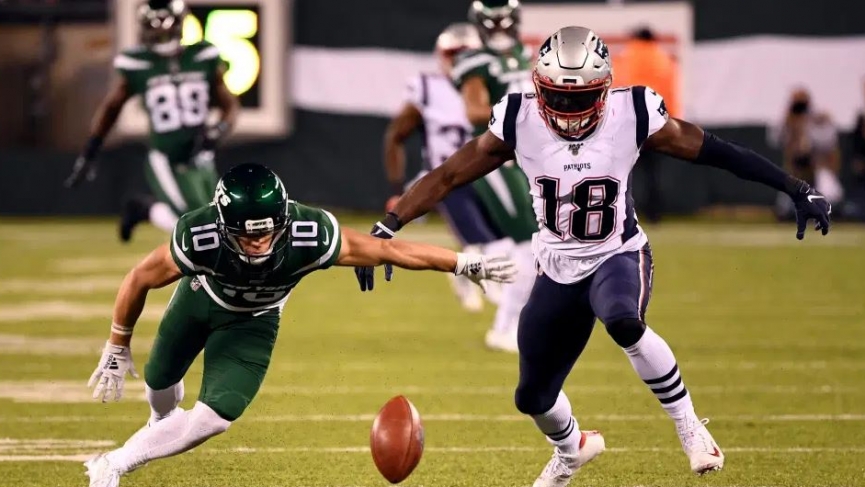 New England Patriots vs New York Jets Pick – NFL Week 9: The New York Jets have been terrible all season, losing every game by two scores except for a game against Buffalo two weeks ago where they only lost by 8. Note in that game; Buffalo had 231 more yards and a +2.2 yards per play differential; thus, the game wasn’t as close as the final score would indicate.

New York Quarterback Sam Darnold re-injured his shoulder last weekend, and his status for Monday is currently unknown. The Jets have been held to 10 points or less in each of their past four contests. This includes three weeks ago when they scored zero points against Miami with back-up Joe Flacco at quarterback.

New England started the season 2-1 but have lost four straight since. All their issues started in week four when quarterback Cam Newton missed the game because of Covid-19. Unlike the Jets, the Patriots have been competitive in a few of their losses, including last week at Buffalo, when New England was driving late in the game to tie or take the lead. Cam Newton fumbled the football deep in Buffalo territory.

New England offensively has largely been an effective rushing attack as they rank in the top four in the NFL in rushing attempts per game, rushing yards per game, yards per rush attempt, and rushing first downs per game. The Jets pass defense has been terrible all year, but they have held up well against the run, ranking 10th in the NFL, allowing 4.1 yards per rush.

Both teams have terrible passing offenses, which can be seen below (league ranking):

These teams are a combined 2-13, which means they have been trailing a lot and in positions where they need to throw the ball. Seeing how low they both rank in pass attempts per game tells me exactly what each team thinks about their aerial attack, and it’s what the numbers reflect, mediocre.

I have no interest in backing the winless Jets, who have shown limited to no signs of life. While New England has not been winning games recently, they have been competitive and note that both their wins came as favorites and by double digits; thus, it would be favorite or pass. Neither team has any explosive ability in the passing game, and New England has been a run-first team anyway; thus, ‘under’ 42.5 is my preferred look.