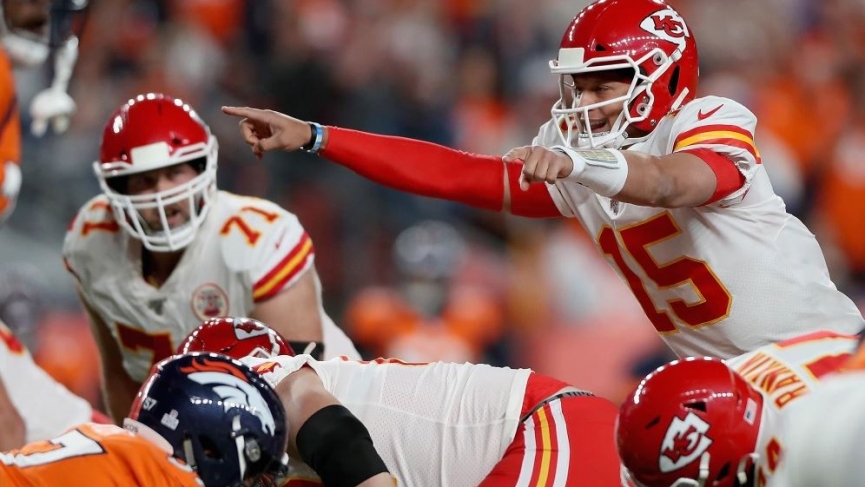 Denver Broncos vs Kansas City Chiefs Pick – NFL Week 13: These two teams met in week seven, a game Kansas City won 43-16.  There were some weather issues including some snow but the game was all about Denver’s mistakes. Denver quarterback Drew Lock threw a pick 6 and after a Denver field goal, Kansas City ran back the ensuing kickoff. A Denver fumble at their own 14 led to a Kansas City field goal and a Denver failed onside kick led to a 21-yard touchdown drive for Kansas City. Denver’s defense statistically did well as Kansas City went 0 for 8 on 3rd down and the Chiefs only accumulated 286 yards of offense.

Note Denver held Chiefs quarterback Patrick Mahomes to his lowest quarterback rating to date. Of course, Kansas City was playing with the lead the entire game so they weren’t forced to be aggressive.

Outside of Las Vegas, who has torched Kansas City’s defense twice, Kansas City has only allowed more than 20 points on two other occasions. One of those occasions was last week against Tampa Bay but note Kansas City allowed two touchdowns when ahead 27-10 and were more concerned with time coming off the clock. Statistically, Kansas City ranks league average allowing 5.7 yards per play and 6.7 yards per pass attempt.

Offensively, Kansas City has the league’s best offense averaging 6.5 yards per play and they do everything well. They used a run-heavy approach to beat Buffalo in the rain accumulating 245 yards rushing. Last week they were able to establish an early lead thanks to 75 and 44-yard touchdown passes from MVP candidate Patrick Mahomes to wide receiver Tyreek Hill. Note Mahomes had 229 yards passing in the first quarter alone. Mahomes leads the NFL in passing yards and has a league-best 15:1 Touchdown/Interception ratio and is in the top three in most offensive categories. Note Hill and Chiefs tight end Travis Kelce rank second and third in the NFL in receiving yards making this offense very tough to contain.

Denver defensively has always been good against the pass. This year they rank 4th in the NFL allowing just 6.1 yards per pass attempt something that played out in the first meeting. They can also put pressure on the quarterback averaging 2.8 sacks per game which are tied for 6th in the NFL thus they have a puncher’s chance at containing Mahomes.

Last week Denver had zero quarterbacks available thanks to Covid-19. Starting quarterback Drew Lock is expected to start in this game as he leads a pedestrian Denver passing attack. Lock ranks in the bottom third of NFL quarterbacks in yards per game, yards per pass attempt and, note his completion percentage is just 55.6% which is significantly lower than his rookie year.

In the first meeting, Denver was able to run the ball effectively averaging 5.4 yards on 33 carries as a team. Considering Kansas City gives up 4.7 yards per rush, which ranks 26th in the NFL, Denver should once again have success running the football. In the first meeting, it didn’t matter much, once Denver turned the ball over and gave Kansas City cheap touchdowns.

Last year Kansas City won both meetings 30-6 and 23-3 thus they have had no issues beating up Denver and stopping their offense. In this point spread range, however, with Kansas City two-touchdown favorites, I could only lean Denver as the score was 10-6 before Kansas City’s two non-offensive touchdowns which made the score 24-9 and effectively ended the game. Denver’s defense and ability to run the ball gives them a chance to stay within the number. I much prefer ‘under’ 51 as there were five turnovers and multiple non-offensive scores in the first meeting. Denver will try and shorten the game and their defense has shown some ability to get stops against an explosive Chiefs offense. Even if Kansas City gets to 30, the Denver offense has had minimal success scoring points against the Chiefs defense.