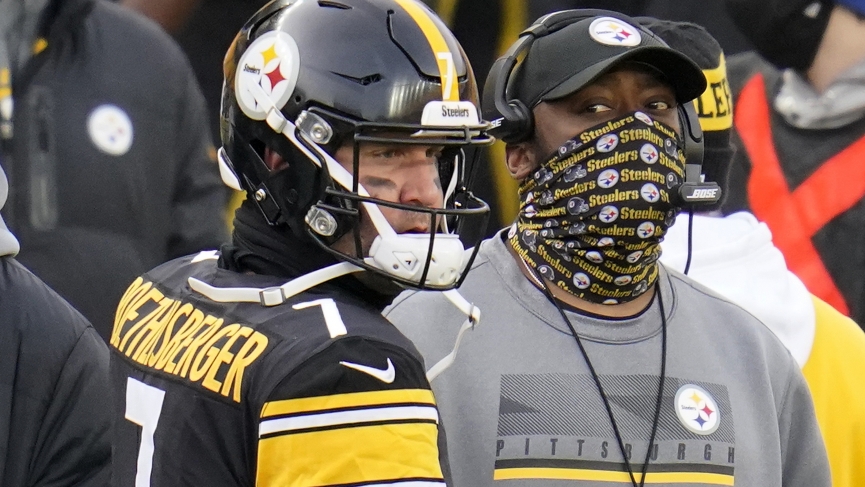 Cleveland Browns vs Pittsburgh Steelers Predictions | NFL Playoffs: Head Coach Mike Tomlin and the Pittsburgh Steelers come into Sunday night’s AFC Wild Card playoff game having failed to cover the spread in 4 of the last 6 Steelers’ playoff games. Meanwhile, the Cleveland Browns haven’t won a playoff game in over a decade, and are facing a slew of COVID-19 issues, and will be missing their head coach Kevin Stefanski who tested positive for the virus early this week.

The Browns have covered the spread just once in the last 6 meetings vs the Steelers at Heinz Field, and are 1-4 ATS overall in their last meetings head to head. The home team has covered 5 of the last 6 games played between these two teams, with the one outlier being the Steelers covering against the Browns last week, losing 24-22 but covering the +10 spread.

The Browns are 3-2 ATS as the underdog this season, and have won 2 of the 5 games that they were lined as the moneyline dog, both as dogs of +150 or higher. As for the Steelers, Pittsburgh has gone 6-5 ATS as the betting favorite this season, but have outright losses to 2 underdogs, including their first loss of the season to Washington as +225 dogs,  and their 27-17 loss to the Bengals as +675 dogs in week 15.

Based on the most basic statistical projections, the Steelers should win this game by a score of about 26-23, but that’s not taking into account the immense non-tangible factors that are surrounding this game. However, you must take into consideration the Steelers’ recent history of performing far below expectations when facing teams that are well below their level of competition.

The Steelers played a similar game to this one against the Ravens in early December, as the Ravens were missing a number of starters due to COVID-19, including their starting QB Lamar Jackson. While the Steelers managed to win that game 19-14, they failed to cover the -10.5 point spread.

The Steelers followed that performance up with their first loss of the season to +225 underdogs Washington, dropped an important game to Buffalo, and then followed that loss up with an embarrassing 27-17 loss to the Bengals, who were +675 dogs. Considering this is divisional match-up, these two teams know each other very well, you have to lean heavily towards the Browns at an inflated ATS price, regardless of the intangible factors.

As for the betting total, this game opened at 46.5 and has since moved up to 48. These two teams have a combined average game total this year of 47, which is a point short of where this total currently stands. Considering this is a divisional match up, and with 11 of the last 16  NFL Wild Card games going Under, you have to lean Under in a game that could be a lot closer than what the market is anticipating.