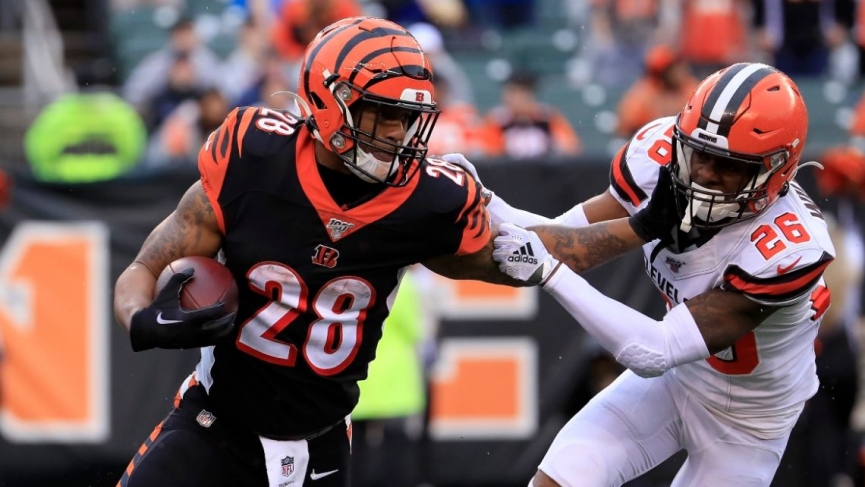 The Cincinnati Bengals’ inconsistent play has led to many different types of losses this season. At 1-4-1 straight-up (SU), the hope of reaching the playoffs for the first time since 2015 has vanished. Head coach Zac Taylor has won 3 of his first 22 games but faces a team he defeated. The Bengals are playing better than expectations, though, posting a 4-1-1 against-the-spread (ATS) record this season.

The betting line for this AFC North matchup between the Bengals and the Cleveland Browns opened with the Browns priced as a 4-point road favorite and a 52-point total. The line has moved to -2.5 despite the Browns garnering 57% of the 711 tickets bet and 74% of the money wagered. A price move contrary to the betting action suggests a possible huge Bengals wager occurred in early action. Nevertheless, the public was glad to bet the Browns at -3.5 points expecting the line to move higher ahead of game time.

The Second Meeting in the Battle of Ohio

In Week 2, the Browns defeated the Bengals 35-30 but failed to cover the spread by the slimmest of margins as 5.5-point home favorites. Bengals rookie quarterback Joe Burrows completed 37 passes on 61 attempts for 315 passing yards, including three touchdowns without an interception. Burrows threw a meaningless touchdown to wide receiver Tyler Boyd with 0:48 seconds left in the game to earn the back-door cover.

The Browns Offensive Line is under Appreciated

In Week 4, the Browns’ promising season looked to be in jeopardy after Nick Chubb suffered a season-ending injury. Not so much. The Browns rank 9th-best team in the NFL based on my power ratings. The Browns offensive line is the third-best run-blocking unit in the NFL, allowing Kareem Hunt to take over the starting job without a hitch.

The Browns run far more play-action pass plays, ranking sixth-most, because of the excellent play of the offensive line. Browns quarterback Baker Mayfield has gained 409 passing yards on 53 play-action plays through six games. However, his accuracy has been terrible, ranking near the bottom of NFL quarterbacks with an awful 84.3 NFL passer rating. The Browns will feature a run-first game plan until Mayfield throws more accurate balls to the receivers.

To bet on teams with struggling defensive units is awkward and is contrary to logic. However, this betting system is on the Bengals and has earned a solid 63-31 ATS mark, good for 68% winning bets over the last 20 seasons. The system has three requirements.

Bet on underdogs, including pick-em when:

There is a money line betting system that supports the Bengals and puts the Browns on Upset Alert status. The system has three requirements and has earned a 71-48 SU record over the last ten seasons.

Bet on any team on the money line when:

Take the Bengals on the Moneyline (+160 via DraftKings) as a Best Bet: For many reasons, the Browns are on upset alert status. The machine learning models predict that the Bengals will score a minimum of 24 points and 350 total offensive yards. In home games, when the Bengals have met or exceeded this pair of performance measures, results in a 58-10-1 SU record and 54-12-3 ATS record for 82% winning bets that covered the spread by an average of 8.6 points.