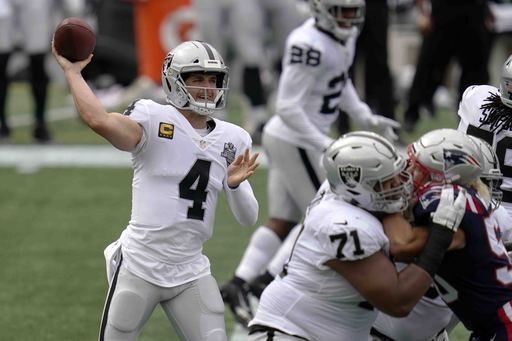 CrossFire: Two different methods, two different angles, two different picks. While they are not exactly going ‘head to head’ Rob Bebenek and John Ryan are on opposite sides of the coin in Week 4, as the impressive Raiders take on the Buffalo Bills.  The Bills are 3-0 but have struggled to close out games, needing a desperation score in the final minutes to keep their undefeated record alive in Week 3. While the Raiders are improving with every game, and are beginning to show why they may be the second-best team in the AFC West. Here’s Rob and John’s CrossFire picks on Bills/Raiders Week 4.

Feel For the Game: Rob is approaching this game very carefully, as he is worried about the Bills falling off a cliff in the second half, which they have done on numerous occasions this season. Specifically against the Dolphins in Week 2, but even more recently against the Rams, at home, in Week 3. Rob is taking the safe approaching and betting the Bills, who he thinks are likely the better team, but only in the 1st half (-0.5). Eliminating variance is always a key element of long term handicapping, and that’s exactly what Rob is doing taking the Bills on the 1H ATS.

NFL Opening Lines Show Week 4 With Jimmy and Rob B.

John Ryan explains why he’s on the Raiders, as he is fading the Buffalo Bills in a key trend situation that has hit at a 65% rate over the last ten years, and has gone 60-65 straight up in that same span of time. John is fading a favorite, playing on the road, coming off a home win in the first month of the season. It’s that simple. John is on the Raiders.

Join us Sunday for the Odds’ NFL Week 4 Betting Kick-Off Show: LIVE at 11 AM EST