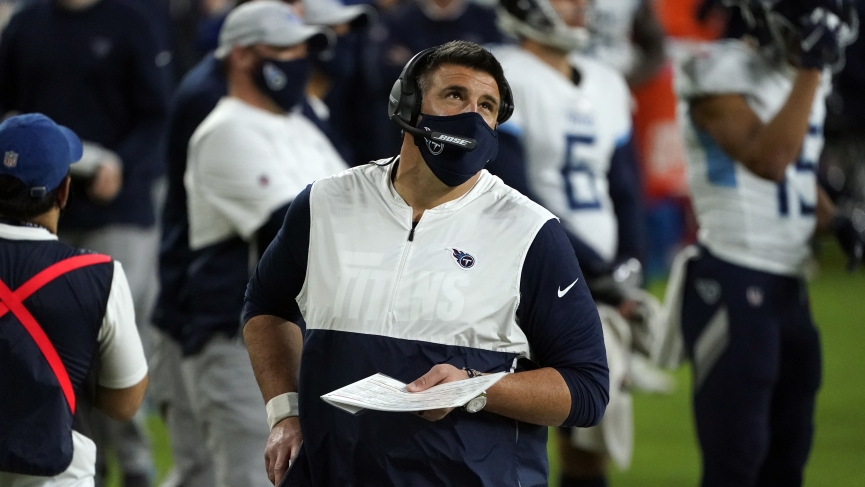 Baltimore Ravens vs Tennessee Titans Predictions | NFL Playoffs: Mike Vrabel and the Tennessee Titans come into Sunday’s playoff game against the Ravens riding a 14-10 ATS record as the betting underdog, going back to when Vrabel was hired back in 2018. Meanwhile, the Ravens come into Nissan Stadium as road favorites, and are riding a 16-8 ATS record as the road team over the last three years.

The Titans have covered 7 of the last 11 games that they have played against the Ravens, while the home team has failed to cover the spread in their last four meetings.

The Tennessee Titans are 3-2 ATS as a betting underdog this season, with 3 outright wins as an underdog, one of which came against the Ravens as +210 moneyline underdogs. Meanwhile, the Ravens have gone 8-5-1 ATS the betting favorite this season, but have lost 4 games to outright underdogs.

Based on the measure of expectation, you have to give a very slim edge to the Baltimore Ravens in this match-up, but the difference is by a very thin margin. The Ravens have gone 10-6 ATS this season with an ROI of +19%, while the Titans have gone 11-5 on the moneyline this year, for an ROI of their at +18%.

When you compare the two teams and their record, you begin to realize that although these teams are very much different in terms of their style of play and overall identity as football teams, their overall path and performance against their expectations over this season have been very similar.

The Ravens are bouncing back from a tough playoff loss last year, and although they started off hot, the Ravens fizzled out and had to make a late season push to end up where they finished in the playoff race. Meanwhile, the Titans are coming off a season last year where they performed well above what their expectations were, and managed to start their season by putting five straight-wins together, only to lose back to back games to both the Steelers and Bengals in late October, early November.

Using the most basic statistical projections, the Tennessee Titans should only be about +2 underdogs the Baltimore Ravens in this game, yet the Titans are currently lined as +3 underdogs, so it seems like there is about a point, or point and a half of value on Tennessee, depending on what number you can get them.

As for the betting total, these two teams have a combined average of 53 points per game this season. This game opened at 54.5 and stayed true to that number from the time that odds were posted, right up until now. It seems as though that number is right where it probably should be, but if it reaches 53.5 or 53, there might be a slim amount of value on the Over, especially when you factor in the intangible ‘blow out’ factors that could be in play.

It’s also worth noting that along our way of tracking the most recent NFL playoff betting trends, we’ve come across a few golden nugget stat lines. On Saturday, all three playoff games went Under the 3rd quarter betting total, but Over on the 4th quarter betting total. In fact, the 3Q Under has cashed in 12 of the last 15 NFL Wild Card playoff games, while the 4Q Over has gone 31-25-2 in the playoffs over the last five years. Another incredibly interesting trend that comes up is the performance of the Underdog in the Wild Card round over the last three years, going 14-1 ATS for +11.7 units profit.

With all of these trends in mind, and in conjunction with what the statistics are telling us, the best bet to make on this game is likely the Titans, but waiting until just before kick-off might be the best way to go, as the market may continue to come in on the Ravens as the road favorites on Sunday.