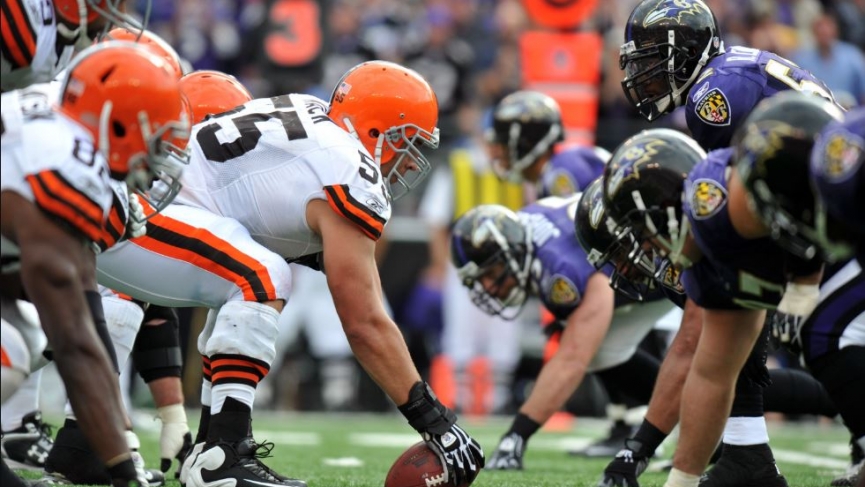 Baltimore Ravens vs Cleveland Browns Pick – NFL Week 14: John Harbaugh and the Baltimore Ravens come into Monday night’s game in Cleveland on a 1-4 ATS streak as the betting favorite, and while the Cleveland Browns have turned their historic streak of losing around, they still hold a dreadful 19-40-1 ATS record in their last 60 games as the underdog. It’s a crucial AFC North battle on Monday Night Football.

Last year Cleveland handed Baltimore one of its two regular-season losses in a 40-25 route. In two meetings since then, however, Baltimore has come away with 31-15 and 38-6 routes of Cleveland. It’s probably unfair to judge Cleveland off the week one meeting this year, considering they had a new head coach in a year where they didn’t get a preseason to work on the new system, whereas Baltimore was bringing back the same team. When Cleveland was able to beat Baltimore last year, they did so by rushing for 193 yards and 6.7 yards per rush.

Last week, against Tennessee, Cleveland did not get the ground game going as they only averaged 3.3 yards per carry on 36 attempts. Still, quarterback Baker Mayfield was stellar, throwing for four touchdown passes in the first half and helping Cleveland establish a 38-7 lead at halftime, winning the game 41-35 as +170 moneyline underdogs.

Letting Mayfield throw was the correct strategy as Tennessee had a terrible pass defense allowing 7 yards per pass attempt which ranked 21st in the league. They also had no ability to put pressure on the quarterback as they averaged 1.2 sacks per game, and only Cincinnati ranked worse.

Throwing the ball against Baltimore figures to be much more difficult as they can put more pressure on the quarterback, and they have the third-best pass defense allowing just 5.9 yards per pass attempt.

Cleveland is 9-3 and ahead of Baltimore in the standings. That said, this division has historically been about Pittsburgh and Baltimore, both of whom Cleveland has faced once already this year. Those two games represent two of Cleveland’s losses by a combined score of 76-13.

The Browns are between +2.5 and +3 point ATS underdogs, and get to play this game at home on Monday night against a Baltimore team playing its 3rd game in 12 days. This is a big-time Cleveland spot; thus, they’d be my lean. Tough total to predict, but I would expect long drives; thus, my lean on the total would be ‘under’ 46.5.