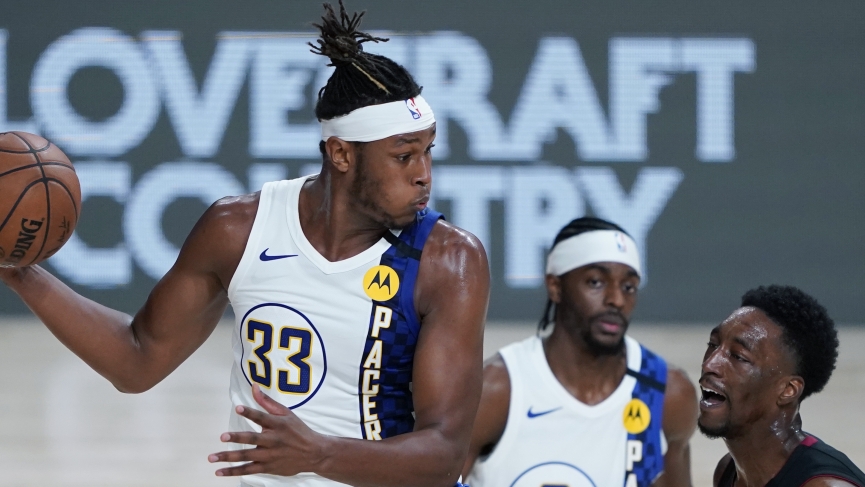 The Miami Heat head into game 4 looking for the 4-0 sweep, while the Indiana Pacers are fighting to stay alive. The Heat won game 3, 124-115 which gave them a commanding 3-0 lead in this series. If the Pacers want to win this series, they are going to have to take it 1 game at a time. If they can win this game, they can extend the series which means Domantas Sabonis could be back, but it doesn’t look like he will be back until game 6 so they would have to win the next 2.

The Heat wants nothing to do with Sabonis so they are looking to end the series tonight. Miami wants as much rest as they can before they have to face the winner of the Bucks/Orlando game so they want the 4-0 sweep. The Pacers might not win the series or even this game, but it will come down to the very end which means Indiana will cover this high spread and let me tell you why.

This is why Indiana will cover 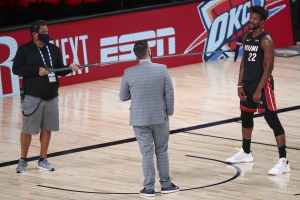 The Pacers beat themselves in game 3. They did that by letting the Miami Heat go to the free-throw line 52 times. Yes, you read that right, 52 times. If the Pacers want to win this game, the only thing they need to change is all of their fouling. You are not going to win a game by sending the other team to the free-throw line 52 times. Instead, the Pacers need to attack the rims themselves and make the Heat foul them so they can go to the line.

The Pacers do a nice job of attacking the rim and dishing it out to the open player, but for some reason, the Pacers forget to stick to that game plan. They do it for about 6 or 7 minutes and then switch it up again. Coach Nate McMillan for the Pacers said they are going to change their game plan so they can attack the rim more because he knows that works.

When the Pacers drive to the rim, that leaves McDermott and company, wide open. Indiana is ranked #2 in FG % per game at 47.5% so we know Indiana can make the shots when they are open, they just need to make the space and with this new game plan, they will do exactly that.

On the other side of the ball, we have the Miami Heat who would love nothing more than a 4-0 sweep. If the Heat wins this game, they will get an extra couple of days of rest and they could use it after Sunday’s injury report. 6 new names were added to the injury report for the Heat which means some players are not 100% and they are playing banged up.

The Pacers haven’t been able to stop the big scorers for Miami. That includes Goran Dragic, Butler, Adebayo, and Duncan Robinson. They are all averaging over 15 points a game. The Pacers are having trouble guarding the Heat because of their size. The Heat is doing what they want when they want. The Pacers can stop that by playing better defense on the pick and roll. The pick and roll is killing the Pacers just like a lot of other defenses in the playoffs but the Pacers are going to start switching instead of trying to play through it. That will help the Pacers defense a lot which will then turn into fewer points, which means Pacers will cover this big number.

We also have RLM (reverse line movement) on this line and I love to follow that factor. The line for this game opened up at Miami Heat -7. The public is hammering the Heat, yet the line has dropped a full point. Well if the public loves the Houston Rockets at -7, why would Vegas make the line even better for them at -6. It’s because Vegas and RSP are on the same side and we are going to hammer the Indiana Pacers. Shop for this line as it has gone to 6.5 at some books.

Miami Heat vs Indiana Pacers Key TRENDS for this game

Pacers are 6-2-1 ATS in their last 9 games following an ATS loss.

Pacers are 6-2 ATS in their last 8 games following a straight-up loss.

So for this game, RSP is taking the Indiana Pacers +6.5 vs Miami. We are 5-1 our L/6 Article plays so let’s keep it going today!