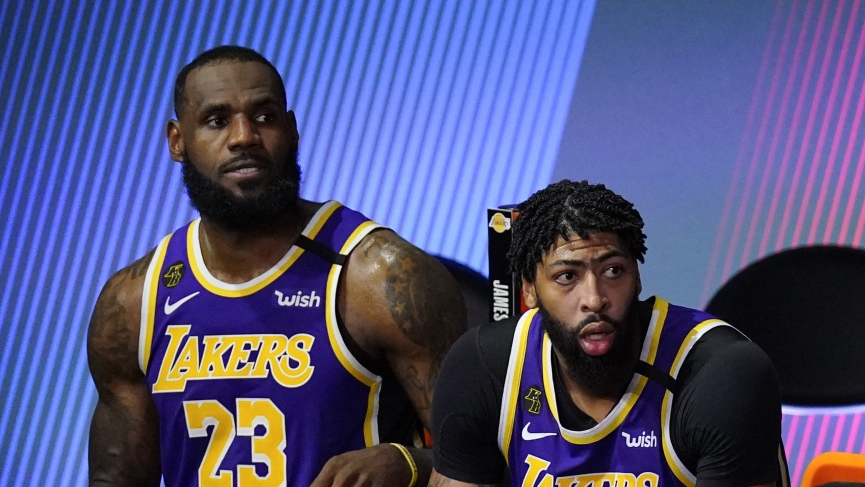 Los Angeles Lakers Playoff Betting Trends: The LA Lakers are six wins away from an NBA Championship. With a 10-3 record in the 2020 playoffs, the Lakers have enjoyed sustained success, while still struggling to close out games in the final frame.

Lakers having success despite 4Q struggles 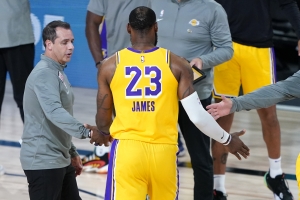 Los Angeles covered the 4Q in Games 2 and 3 vs Houston. Beyond that, the Lakers have yet to show their dominance in the 4th frame of these playoffs. In reality, a lot of these 4th quarters have been contested in ‘garbage time.’ As a matter of fact, in the Lakers 10 playoff games, the closest final has been by a margin of 7 points. In their two losses in these playoffs, it seemed as though the Lakers made a conscious effort to concede the game when it became out of reach. On both occasions, the Lakers folded up shop. Rested their starters, and retreated to live on to fight another day. On the flip side, it’s clear that this team knows what it’s doing as far as player deployment goes. LeBron James has always been capable of flipping on the ‘win’ switch. However, his supporting cast this year is allowing James to get extra rest if needed. When this team wants to will themselves to a win, they do. The Lakers have won 8 of their last 10 in the bubble, but have dropped 8 of 10 fourth quarters ATS. The glaring factor is an intangible one. If you’re betting against the Lakers in the 4Q, you could be doing so by predicting LA will be so far ahead, that they let their opponent squirms back in meaningless ‘garbage time.’ We’ve seen this already on numerous occasions from the Lakers in these playoffs, and we will likely see it again. Regardless, the money you will make betting these trends still spends the same. Fading the Lakers in the 4Q should continue to be a +EV wager going forward.

The Lakers are 0-2 in the NBA playoffs in games in which they fail to score 100 points or more. This trend originated in the seeding games. As the Lakers’ first three losses in the bubble came in games in which they failed to reach the century mark. Since the start of the 2020 playoffs, the Lakers have gone 8-2 to the Under in the 4Q. This pattern is mostly due to the ‘garbage time’ factor that was previously discussed, but it’s also due to the Lakers’ playoff pedigree. In the 2019 playoffs, the NBA Champion Toronto Raptors finished the campaign with a 4Q Under record of 20-4. The point being, good teams can dictate the pace when they choose, but great teams know how to close out games at will. A big part of Championship pedigree is knowing how to slow the pace down when the possessions mean more. You can decode this team’s tendencies and pace, but the numbers do a lot of the talking. The Lakers are 7-3 to the full game Under in the playoffs, despite trending Over the total in the first half. This well-orchestrated, and highly-precise method of ‘will to win’  basketball has gotten the Lakers this far. Will it be sustainable in the Western Conference Finals, and possibly the NBA Finals, remains to be seen.

The Lakers will sit back and wait for the Clippers and Nuggets to decide who takes the trip to the Western Conference Finals. The series is likely to start on Wednesday, September 16th. The extended rest should help LeBron and the Lakers’ regroup, but it could also hurt them, as we’ve seen this team take L’s after long layoffs twice in these playoffs. What’s next for the Lakers, remains to be seen.