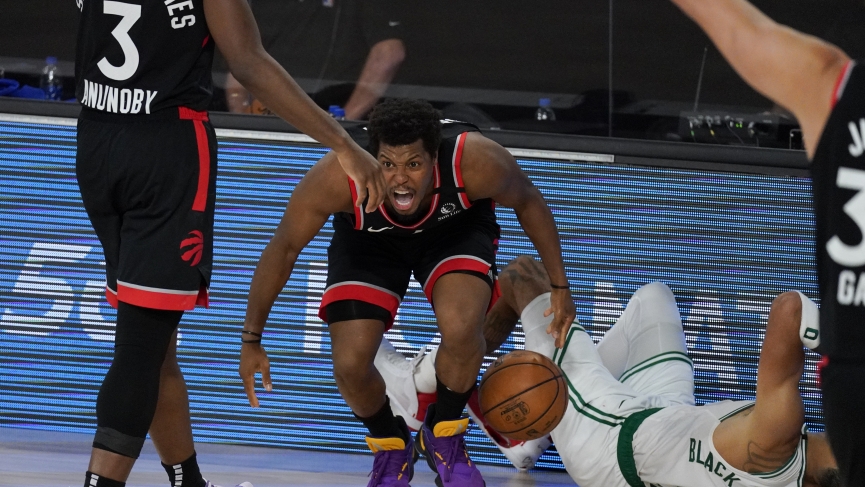 OddsHQ’s Boston Celtics vs Toronto Raptors Pick – for Game 7:
The Under has gone 5-1 in this series. With deciding games being historically low scoring.

A Playoff Classic In Game 6 For “The Six”

The Six is the nickname for the city of Toronto and the Raptors represented that city well in Game 6 of this series against the Boston Celtics. The defending NBA champions showed the heart, resolve, and the determination of a champion, in rallying multiple times with their backs against the wall. Pushing past the Boston Celtics, in a thrilling 125-122 Double OT victory, to force Game 7. 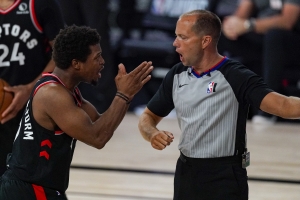 The Raptors saved their season temporarily and live on to fight another day, in large part due to three players in particular. Kyle Lowry was one of them, as he led by example. Making big shots, big plays, playing defense, taking charges, and showing no fear in going up for rebounds, and battling on the glass. Lowry had a magnificent 33 points, 8 rebounds, and 5 assists performance. Including some critical shots late made late in the 4th Quarter and in overtime.

O.G. Anunoby has been one of the Raptor’s most consistent players from start to finish in this series. He was strong once again in Game 6 contributing a double-double with 13 points and rebounds. Norman Powell has been a key cog off the bench throughout the season for the Raptors. Although he has struggled at times in this series, Powell came to life at the right time. Stepping up big with 23 points, 15 of those points were scored in the two OT periods. Powell also made some key defensive plays against the Celtics late in the game. Fred VanVleet also had 21 points in Game 6. The defense was on point holding the Celtics down and getting some key stops in OT to clinch the Game 6 victory. This was the heart of a champion on full display as the Raptors gave the Celtics a very stern message they were not going to go quietly.

Nick Nurse showed off his “Coach Of The Year” accolades

Nick Nurse was named NBA Coach Of The Year for the Toronto Raptors and he showed off some of his coaching chops in Game 6 playing the famous “box and one” defense on Kemba Walker. Just like how he dispatched that same style of defense against Stephen Curry and the Golden State Warriors, in the NBA Finals last year. It worked both times. Walker was just 2-for-11 from the field and 1-for-6 from the perimeter, for 5 points in Game 6. While the defensive tactics against him were a major part of it. The Toronto Raptors made some quality adjustments as well defensively, after getting annihilated by the Boston Celtics in Game 5. It’s now going to be up to Boston Celtics head coach Brad Stevens to hold up his head end of the bargain in the battle of wits. Stevens will have to make proper counters and adjustments in Game 7, in order to help the Celtics emerge with the series win.

Can the Raptors duplicate their Game 6 performance?

Game 6 was an epic thriller of a playoff basketball game, and it will be hard to duplicate that here even in a Game 7. Nevertheless, this should be an extremely intense and hard-fought game, just like it was the other night. The better team in this match-up, for the large portion of this series, has been the Celtics. Boston dominated the Raptors in Game 1 and Game 5. Toronto barely won Game 3, and needed a last-second buzzer-beater to steal the win. The Raptors won Game 4, and played better but not at all a comfortable win for them followed by the dramatic Double OT win in Game 6. Boston didn’t get anything from Kemba Walker and yet still almost won Game 6.

The Celtics will find a way to win Game 7 and I’ll lay the -135 on the Moneyline. Rather than the -2.5 spread, in case this is yet another down to the wire finish. We have seen a significant adjustment with the total for Game 7, which is 203.5, and by far the lowest total of this series. The Under is 5-1 in this series, although it took OT to finally cash an Over in Game 6. Game 7’s have a very strong track record over the long-term of going Under the total, and more of the same should be expected here. So a look toward the Under 203.5, even after the downward adjustment in the total is still very much in play.