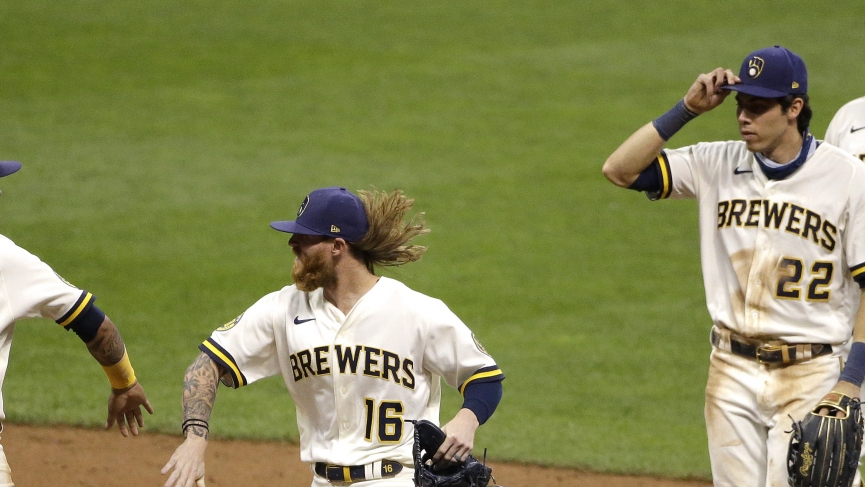 We’ll be taking a look at the prop market that has treated us very well during our segments. Both Cincinnati and Milwaukee are the perfect recipe for a no runs in the first inning bet. With two aces on the mound in Castillo and Woodruff and the slow starts each team is having to games, we love the No score in the first inning prop at +100.

Cincinnati Reds will take their ace, Luis Castillo, to the mound, winless on the year, expect some positive regression when it comes to Castillo. He averages a 1.17 career WHIP, but in just five starts Castillo is averaging 1.51. The Reds ace has been dealing when he takes to the mound despite being winless, with 36 K’s in five games, he’s averaging over 7 K’s a game. Home runs have not been a problem for Castillo, with only one home run in 26.1 innings, incredible.

The one thing we have pulled from the vines, has been the amount of hits Castillo is allowing,  six a game on 5.1 innings is where we would like to see an improvement from Castillo. If I could tell you one thing to focus on from our table above would be GB/FB ratio and hard contact percentage. In the first inning you want to be backing a ground ball pitcher more often than not, and a high K: BB ratio doesn’t hurt either. Both of our starters qualify for both.

Brandon Woodruff has been the best pitcher for the Brewers since he made his first start way back in 2017. Career numbers for Woodruff are just as impressive as Castillo, actually, both pitchers are around the same age, and came in the league around the same time. The difference between Woodruff and Castillo is very little, Woodruff is having a stronger start to his campaign with a 1.20 WHIP and a slightly better than average 3.23 ERA.

Expect Wood to continue to leadoff where he did last time out against the Twins. In six games thus far Woodruff is averaging under five hits a game, and over five strikeouts, with only eight walks. The competition was been very tough for Woodruff, he will enjoy the labors of a slow starting Reds team that hit only 0.139 in the first inning of games on the road. 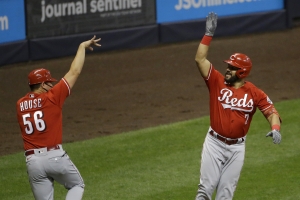 Since we only had a few games to go off of, I thought a larger sample size of the first innings would help justify our case. Batting average is respectable for both, I would like to see Castillo’s OPS slightly lower, but their K: BB ratio is right where you would like it. Woodruff is lowkey one of the best pitchers in the league in since he debuted three years, a 17-8 record, and only a 3.79 career ERA will get you paid. This year he will be relieved more than ever since the Brewers dumped half of their lineup from last year.

Castillo has a fastball that can get up to the 99MPH mark, this bodes well for him as the Brewers strike out the second most out of any team at home since August 1st. Career numbers for Castillo when playing at Miller Park has some work to do, but that was against a Brewer squad who had one of the best offenses in the league since Castillo has debuted. There are two batters on the Brewers who hit Castillo for over 0.300, that being Orlando Arcia, and Keston Hiura. Huria has a small sample size against Castillo, but Arcia’s is over larger sample size. Good news for us, Arcia has been hitting ninth in the batting order while Hiura might have a chance to face Castillo, he’s been third in the rotation in the past two games.

This is where our advantage lies, looking at the brutal batting averages and high strikeout rates, this is the recipe we want when betting “No Runin the First Inning”.  If you go back in our articles you will find the wRC+ factor very important to us, today’s two teams have a combined 133 offensive wRC+, thank goodness that is only the first inning or else these teams might be calling up their triple AAA lineups. BABIP’s are extremely low,  this stat focuses on the frequency a player gets a hit in play, and with 12.5%, and 16.7% you have a better chance of hitting a lottery ticket than having these teams score runs after the first inning. With little to no injuries for each team, I recommend we continue to ride the hot and fade the cold, in this case taking a no score in the first inning would be your best bet for tonight.