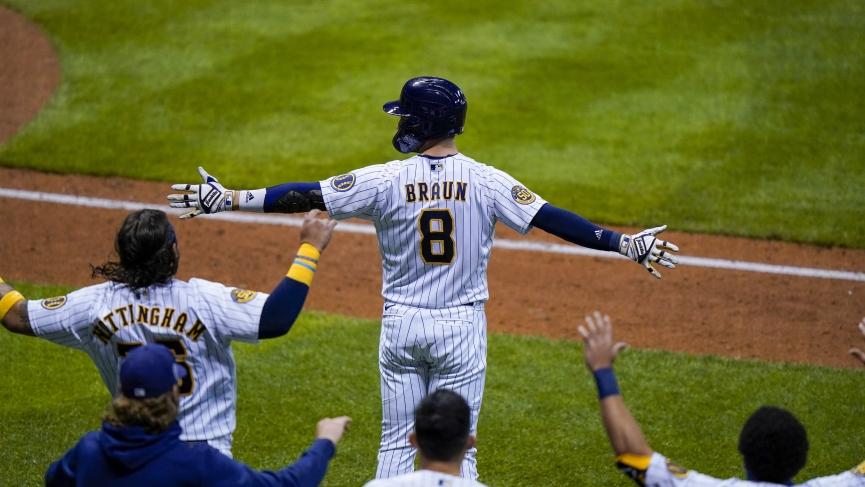 OddsHQ’s Chicago Cubs vs Milwaukee Brewers Pick: It’s only a matter of time before the Cubs bats heat up, and the Brewers have put up runs early at home all season. Expect runs in Milwaukee tonight.

Chicago has been a very middling team of late, unable to shut teams down relying on their bats to get them out of tough situations. Kyle Hendricks will make his return to the mound where he’s found a nice groove since catcher Contreras has returned to the lineup. The Brewers are in a grooving offensively, getting production from names other than Christian Yelich. Brett Anderson is a huge ground ball pitcher, look for revenge after falling short in his first time out against these Cubs. 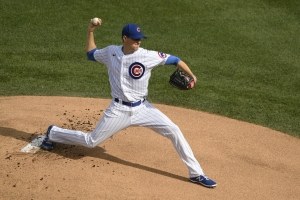 Kyle Hendricks will face the Brewers for the second time in 2020. His first game was a complete showing giving up only three hits, rare to see in this day and age. Hendricks went through a bit of a tough stretch in the month of August, where he saw an uptick in his ERA, WHIP, and runs allowed. If you look into the injuries during that time, catcher Wilson Contreras was out for a couple of weeks, since he returned Hendrick has given up only two runs in his last two games. The downfall for Hendricks is the fact he’s much less effective than he is at home. In four games this year his batting average is 0.319, while teams are slugging .500 off Hendricks. These are red flags when faced with a Brewers team batting 8th best in the MLB in the last 14 days. Expect some regression after two solid starts from Hendricks, Milwaukee will not let Hendricks go nine innings on them.

Chase Anderson is one heavy ground ball pitcher, just look at the 3.8 launch angle he allows. Unlike Hendricks, Anderson has struggled for the majority of the shortened season. The Cubs are not hitting the ball as they have been, but Milwaukee’s pitcher Anderson is not able to strike batters out, allowing hits that convert to runs scored. In his one game against the Cubs, Anderson lasted only four innings giving up two runs on five hits. If Anderson is laboring again, look for the Chicago bats to get off to a great start.

Both clubs were shut out by both starting pitchers, Chicago bats .256 versus left-handed pitching, while Anderson is hacking away on the mound giving up way too many walks, and hits a game. The Cubs are finally healthy again, and it’s just a matter of time before they have an outburst of runs. Similar to our Mets play last night, this is a perfect recipe for the Cubs to get on the scoreboard.

Milwaukee is enjoying some solid hitting from a number of players, led by RF Garcia batting .333 with five hits and 5 RBI’S. Versus right-handed pitching, the Brewers are not in the tops of the majors. The good news for Milwaukee their recent form has them at a 133 wRC+. You could say there is some negative regression coming for this Brewers lineup, but Hendricks is not the same pitcher than he is at home. Until we see for our own eyes Hendricks has made the transition on the road, I will be fading him every chance we get.

Beware of the Brewers bullpen, this is a top-five group of pitchers who can do it all in almost any situation faced this year. Led by Josh Hadar, Chicago could run into a brick wall when Anderson gets the yank. Chicago on the other hand has been improving their bullpen numbers ever since a brutal start to the year. With both bullpens looking tough to beat, I will be betting on the offenses early and often. First Five InninChicago Cubs vs Milwaukee Brewers Pickg Over 4.5 (-125) available at Bet365.