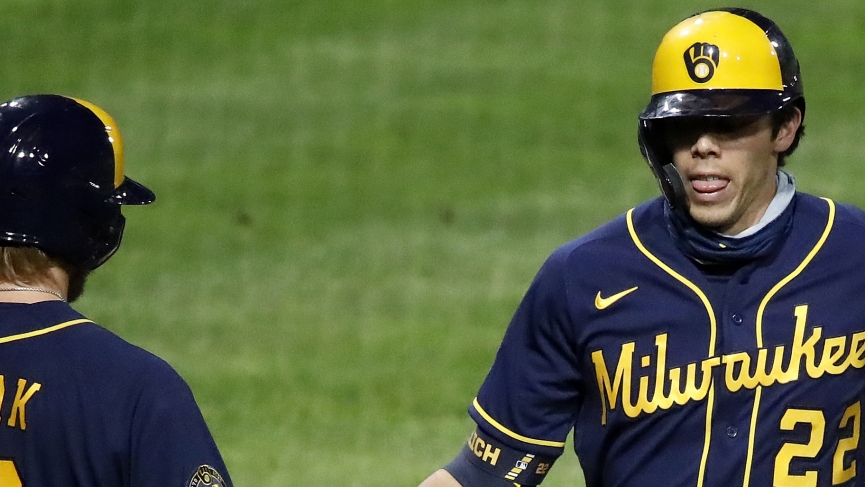 Today’s Brewers vs Pirates pick will be my MLB play of the day. Here come the Brewers, winners of four of their past seven, Milwaukee will look to crafty veteran Josh Lindblom in this matinee. His opponent the Pittsburgh Pirates holds the worst record in the league, winners of only five games all year. Look to chalk another one up in the L column for this last-place Pirates. Best Bet Brewers F5 -0.5 -115

Josh Lindblom made a solid living in Korea for about eight years, racking up a couple of MVP awards. Accomplishing everything he could, Lindblom decided to return back to his former club. During his time with the Brewers Lindblom holds a 1-0 record four games into 2020. His troubles have come at home, but now on the road, Lindblom poses a much greater threat to his opposition. Our table above will show you his statistics while on the road. Lindblom has neared 14 innings pitched, is a great sample size to lean on, not to mention all of his statistics are generally better than when he plays ar, Miller Park. 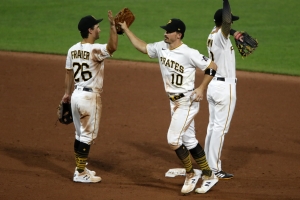 Both Lindblom and Holland are fly-ball pitchers, with GB/FB ratio’s under 1.00, the pair average more hang time than most. Lindblom should enjoy today’s matchup, the Pirates have the worst record in the majors, looking to dump what they can focus on their future draft picks and young prospects.

Since making seven straight starts with the Rangers Derek Holland has bounced around from club to club. Holland is playing for his fifth team in four years and will try and get the first victory with the pirates. Things have not been easy for Holland as a Pirates, our table will show you Hollands statistics at home, separating these splits is a crucial tool I always use when capping baseball. Unlike Lindblom, Holland has struggled in twelve innings pitched at home. With an 8.45 FIP, 1.58 WHIP, and 0.308 batting average against, Holland qualifies for the fade list, aka low hanging fruit fade. Holland’s sabermetrics are trending downward, hard contact is 64 % in just twelve innings at home, this has to be the worst from any pitcher qualified starting pitcher.

Milwaukee is in the top ten when hitting left-handed pitchers, an OPS of 0.822 tells you not only do they hit for average, but they hit for extra-base hits. wRC+ sums a team’s overall runs created, with 100 being the average. You almost chuckle when you see the discrepancies between these two clubs. The only trepidation I found was Lindblom’s GB: FB ratio, but the Pirates average more ground balls than fly balls anyways. Aside from Lindblom’s fly ball tendencies, Milwaukee has everything you want when backing a favorite, while the Pirates are the perfect fade material after winning a rare game the other night.

Let’s just focus on the first five innings today, but if you find Milwaukee only up by say one run or two, I would be more than happy to back them -1.5, or even a live team total over. Pirates sit in the basement when it comes to the bullpen’s effectiveness, while the Brewers show poise and composure fighting off hitters sitting in the top half o bullpens. LOB percentage of 56 % will not win you games,  the Pirates are huge fade materials from start to finish. Do not overthink things here, lets pull the trigger on the Milwaukee Brewers first five innings -0.5 -115.