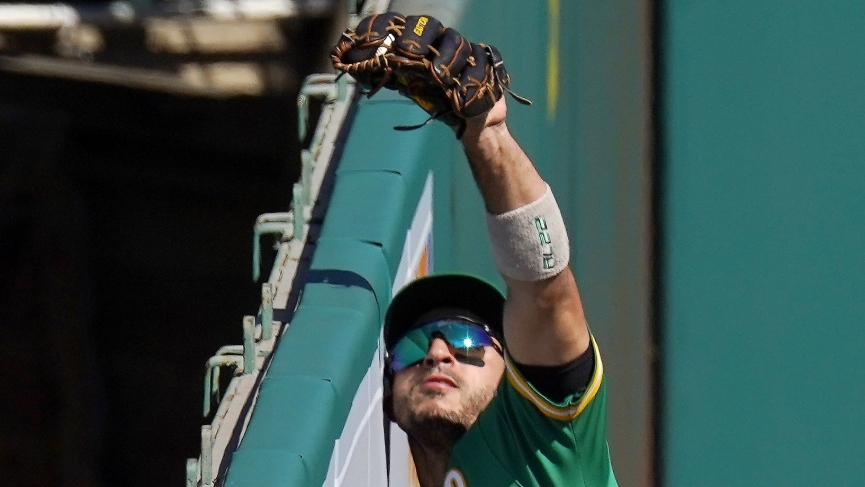 The Angels vs Athletics pick is my MLB play today. This will be the 3rd series in just three weeks of play. These teams know each other well, splitting the season series three games apiece. Do not sleep on the fickle Angels, they’ve had their most success against this A’s team. Let’s take a shot with the pooch, at a nice +150 series price.

LA has had solid pitching production from their starting five, this series will look no different. Lefty Andrew Heaney has to be the Angels best starter, with a 2.74 FIP and 4.20 HR: FB ratio, he’s able to keep the ball down against an Athletics team who average more fly balls than ground balls.

Griffin Canning, a local native to California is still finding his own in the majors. I expect Canning’s FIP to drop from his below-par 5.67, but with an HR: FB ration of 16 percent and  WHIP of 1.51,  Canning will need to dial things back.

Dylan Bundy is enjoying his stay in Los Angeles, with a career-best 0.80 WHIP after five-games,  Bundy is off to a great start. Just looking at his K: BB ratio, 24 percent implies Bundy has his pitches intact, burning the edges of the plate.  Bundy defeated Oakland twice already this year, giving up seven hits in 13.2 innings pitched. If we can manage one win early from either Heaney or Canning,  Bundy gives us a superb chance to cash our ticket.

Mike Fiers, aka the whistleblower, hinders the Athletics chances of winning the series. He’s faced the Angels twice this year,  giving up nine runs in just seven third innings. Fiers most recent game at LA was his worst yet, going just 3.2 innings the Angels were hitting everything he was throwing. A very suspect pitcher facing a potent lineup that has already seen him not once but twice is a bad recipe for Fiers. 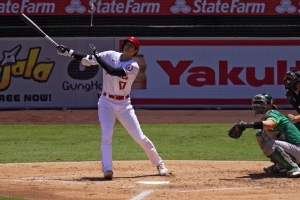 Chris Bassitt will give the Athletics their best chance of winning this series. Unlike Fiers, Bassitt has allowed only four runs in nine and a third innings against these Angels. Bassitt currently has 22 strikeouts and only seven walks, this guy will need a nights bad sleep to get him off his current form.

Frankie Montas will close things out for the Athletics come Sunday. He will be faced with Bundy who has had the Athletics number thus far. Montas’s last game was one to forget, lasting only one and third innings, giving up nine runs in the process. Montas is having issues locating his pitches around the plate, with 13 walks in five starts, that is nearly three walks a game. LOB % also indicates he is not able to get himself out of situations when runs are on base at 67.40 percent.

Angels vs Athletics at RingCentral Coliseum

Angels pitching at the Coliseum only heightens our chances of winning the series. It may be a small sample size for Canning, but all three pitchers for the Angels are giving positive outings each time out. WHIP’s under 1.10, ERA’s under 3.50, a batting average below 0.210 percent, its all quite eye-popping how well LA’s pitched in Oakland.. The records would tell you the Angels do not have a chance in this series, that’s far fetched, the more we look at our table above, the more telling it becomes LA has a legitimate shot here…

Oakland’s starting three pitchers are no slouch themselves, but until Frankie Montas controls some of his pitches, im hesitant to put my money on these A’s when faced with a lineup he has struggled with in the past.

Our two offenses are very close in stature. A possible major addition to the Angels lineup would be having the likes of  Simmons their SS back in the lineup.  Since Simmons was placed on the 10-day injured list, the Angels have missed their spark plug.  Mike Trout is the big name we all know and love, but Andrelton Simmons is the one who makes plays on both offense and defense. A leader among men, if we get Simmons back this weekend, you will start to see the Sportsbooks adjusting the Angels price accordingly.

Oakland relies quite heavily on their long ball, with 37 home runs in 25 games, Oakland sit 6th in the AL. They also strikeout the seventh-most in the majors, this team either goes for the fences or strikes out swinging. This bodes well for the Angels pitching, other than Canning LA’s other two starters have a GB: FB ratio over 1.00. LEss than 1.00 GB: FB ration indicates your pitcher gives up fly ball outs.

Look for some regression after their early success from the Athletics. One thing to note Oakland has not faced any adversity this year, I expect the Angels to scrap and claw their way to victory. With such an important divisional matchup, look for Joe Madden and company to be ready for this one. Let’s run to the window and bet the LA Angels series price at a nice juicy +150 before the books start to clue in.