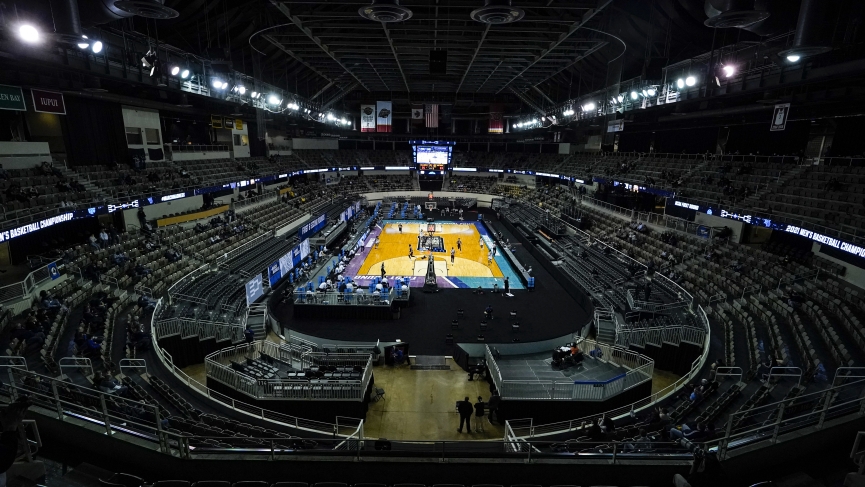 Sweet Sixteen Betting Trends: 2021 March Madness: Underdogs have turned a profit of over ten units so far in the 2021 NCAA tournament, and we are just one week into the madness. Let’s take a look at all the active betting trends for the Sweet Sixteen and the teams that are riding hot into the tournament’s second weekend.

Sweet Sixteen Has Been a Dog’s Breakfast

The sweet sixteen has historically been where the favorites get their act together and start to weed out the cinderella teams that have made it through to the second week of play. However, in recent years the underdog has cashed on the ATS line more times than not. Since 2017 the underdog in the Sweet Sixteen has gone 14-8 ATS, 11-5 since 2018, and in 2019 the underdog in the round of sixteen went 5-3 ATS.

That should be very pleasing to hear if you are a dog backer, as the numbers have been in your favor, to begin with since the start of the tournament. In fact, a $100 bettor who has backed every underdog in the 2021 NCAA Men’s Basketball Championship tournament has gone 19-32 for a profit of +$1030. An ROI of +$20 per game, win or lose.

There are sure to be many more underdogs barking in what is turning out to be one of the most abnormal March Madness tournaments in recent history.

Houston came into the tournament with a 19-7 ATS record but has gone 0-2 ATS since March Madness started, barely squeaking by Rutgers with a 63-60 victory in the second round. They will now face #11 seed Syracuse, who is coming off upset wins over San Diego State and West Virginia in the opening rounds.

Michigan came into the tournament with a 17-7 ATS record. After failing to put the hammer down on Texas Southern in round one, the Wolverines managed to pull off the win and the cover over LSU in their 86-78 win as -4 point favorites on Monday. The Wolverines will now face the #4 seeded Florida State Seminoles in the Sweet Sixteen on Sunday.

Oral Roberts came into the tournament as the #15 seed in the south region and has managed to dispose of both Ohio State and Florida. They now face the #3 seeded Arkansas Razorbacks and are lined as -11 point underdogs. The Golden Eagles came into the tournament as one of the best teams to back on the ‘Over’, going 16-7 on the season headed into the tournament, and despite going ‘Under’ the betting total against Ohio State, they managed to reach ‘Over’ the betting total for the 17th time this season in their 78-81 victory over Florida this past weekend. The only thing standing in front of this Oral Roberts pumpkin carriage is an Arkansas Razorbacks team who has gone 2-0 ATS in the tournament so far and came into March Madness with a 17-9-1 ATS record on the season.

Oregon State came into the tournament with an 18-9 ATS record, and have continued to cover spreads and win games, and now see themselves sitting in the Sweet Sixteen, with a 20-8 ATS record on the year. The Beavers ousted both Tennessee and Oklahoma by double digits in the opening rounds and now face a fellow underdog in Loyola-Chicago. The Ramblers are no stranger to being in this position, as they managed to reach the Final Four in 2018 as a #11 seed. Oregon State opened up as +7 point underdogs to Loyola but has since taken money and sit about +6.5.

This year’s March Madness has seen an excessive amount of games going ‘under’, with 30 of the first 51 games going below the betting total to start the 2021 tournament. This trend can really breakout in the second weekend, as the 2019 tournament saw five of the eight sweet sixteen games go under the betting total.