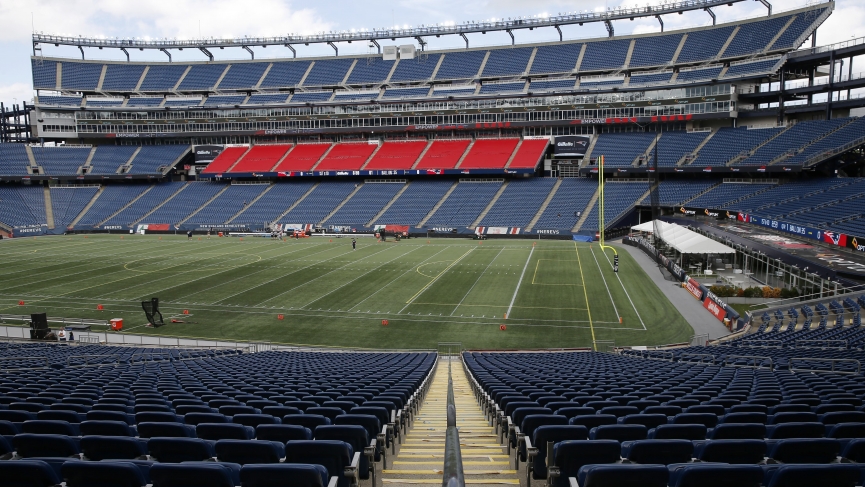 Our Miami Dolphins vs New England Patriots Pick for Week 1 of the 2020 NFL season is riding high on the discounted Patriots.


Week 1, Patriots vs Dolphins. A new Brady-less era begins in Foxborough for head coach Bill Belichick, his staff, and the Patriots nation. Out is the future Hall-of-Fame quarterback Tom Brady and in his place is a polarizing Cam Newton, who is the captain of the team.

This is a season where all fans, including myself, will be eager to see how Brady does leading a very talented offense in Tampa Bay and how well Belichick and his revamped Patriots squad will be able to maintain their AFC East dominance. One NFL futures bet I do think worth making is to bet that the Tampa Bay Bucs and the New England Patriots each find a way to collide in the Super Bowl.

The History of the Patriots in Home Games

Rarely have the Patriots lost at Gillette Stadium and are 39-8 straight-up (SU) and 31-15-1 against-the-spread (ATS) for 67% winning bets blindly betting on them in their home regular season and playoff games since the start of the 2015 season. The Minnesota Vikings are a distant second with a home record of 30-12 SU but have a better 27-11-4 ATS mark.

Since 2000, the Patriots have earned an NFL-Best 15-5 SU record, but an even 10-10 ATS in Week 1 matchups. The Denver Broncos are right behind them sporting a solid 14-6 SU mark and a better 11-7-2 ATS record good for 61% winning bets. Moreover, the Patriots are an incredible 118-17 SU and 78-55-2 ATS for 59% winning bets when they have been installed as a 4.5-point or greater home favorite since 2000. So, for these trends to continue several new personnel additions will have to step in a big way.

The Patriots Defense is the Key

Head Coach Bill Belichick is most known for his Super Bowl victories that were accomplished with Brady, but he is a defensive-minded genius. For instance, the Patriots ranked best or in the Top-5 in every defensive metric and allowed a jaw-dropping 20% completion percentage on deep passes of over 20 yards last season. Moreover, they led the NFL with seven interceptions on passes thrown over 20 yards.

The Dolphins have no deep threat to begin with and ranked 22nd completing just 33% of passes thrown over 20 yards last season. Based on the current NFL Odds, the oddsmakers are well aware of this. For the Patriots, with many all-stars starting on the defensive unit, it is going to be excruciatingly difficult for the Dolphins to move the chains and sustain scoring drives. The Dolphins many end up not scoring a single touchdown in this game.

Is Cam Newtown Revived for This New Challenge? 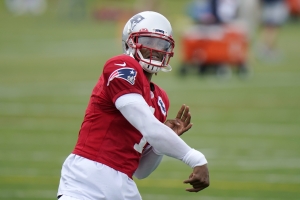 The Chiefs Patrick Mahomes is the new face of the NFL with his duel run-pass threat, but do not forget that Cam Newton has the most rushing touchdowns with 56 by a quarterback in NFL history.  In fact, defensive coordinators may have an even more difficult job preparing their units against a Patriots offense that now does possess a running quarterback. Newton has learned when to run and when to stay in the pocket and go through his passing progressions. In fact, over 90% of his passes thrown since the start of the 2016 season have been from the pocket. Interesting to note, is that Brady has matched that percentage of passes being thrown from the pocket over the same span and this implies that Newton has adjusted quite easily to the Patriots offensive scheme under offensive genius Daniels.

The Dolphins vs Patriots Matchup History

Over the years it always felt like the Patriots won every game against their AFC East foes, but the Patriots have swept the Dolphins just once in the past seven seasons and not since 2016. The Patriots are 2-4 SU and ATS when visiting Miami, but 5-1 SU and ATS and have covered the spread by an average of 8 points in home games since the 2014 season. The lone loss came just last season in Week 17 when the Dolphins defeated them 27-24 as 16-point underdogs. Brady did play in this game.

Patriots Measure Up Against Expectations

Any projections related to the Patriots offense are nullified with all the personnel changes this season. However, the defense is back and can be expected to be even better than last season. The projections call for the Patriots defense to hold the Dolphins offense to a sputtering 17 yards-per-point and that the Patriots will have fewer turnovers than the Dolphins. In past games in which the Patriots met or exceeded these performance measures in home games, they have gone to earn an 89-5 SU record for 95% wins and a 78-14-2 ATS mark for 85% winning bets spanning the last 30 seasons; 11-0 SU and 10-1 ATS for 91% winning bets since 2016.

Take the Patriots and the points in what the numbers suggest will be an easy victory over the Miami Dolphins. Currently, the best odds available on the Patriots is at -6.5 (-110) via DraftKings.