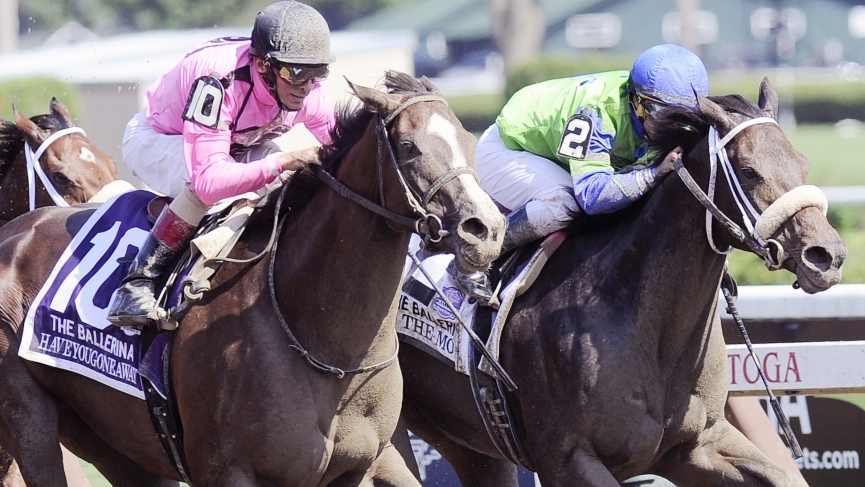 Yesterday at Saratoga Turned Aside turned them all away to win the grade three Quick Call at Saratoga. At Del Mar Big Sweep was easily best in a small field of four in the Fleet Treat and Jo Jo Air held off Lighthouse in the Daisycutter as race favourite Stealthediamonds had nothing in the stretch after setting reasonable fractions. It’s time to move forward to my Woodbine 3rd pick and Saratoga 3rd and 10th predictions.

Today marks the return of Saudi Cup Winner Maximum Security in the San Diego Handicap at Del Mar as well as Sistercharlie in the Ballston Spa at Saratoga. Several other stakes at various race track today and it’s time to look at some races:

The Woodbine 3rd is the grade three Marine for three-year-olds going 1 1/16 miles on synthetic. Your morning line favourite is Shirl’s Speight and he was spectacular in his debut on turf three weeks ago winning by eight lengths while widening his lead in the stretch and earning an 88 Beyer Speed Figure. He is sired by Speighstown who has been successful everywhere. His dam is Perfect Shirl who won the Breeders’ Cup Filly and Mare Turf. He is bred to be to a good runner, his debut was spectacular and he’ll take plenty of money.

My issue is he comes back relatively quickly switches to a new surface in synthetic, while going a route for the first time. He’ll likely be asked to rate as he doesn’t appear fastest early and he’s facing winners for the first time while giving up plenty of seasoning.

One alternative is Dotted Line who I will use as he won both his route races as a two-year-old including a restricted stake. I wish he had shown more in his three-year-old debut which wasn’t very good. You could counter and say that horses of his trainer Sid Attard typically need a race.

Trainer Mark Casse has two horses entered. Lucky Curlin who won his synthetic debut in a race where the second and third-place finishers have come back to win. My issue with him is he got a great trip in that race where the favourites got miserable trips. His previous route races are just okay and if I’m going to take a closer I prefer Dotted Line.

The horse I want is Untitled (9/2). The book on him is if he makes the lead he is a serious threat to win races and if he doesn’t, bet against him. Unlike his previous races at Gulfstream and a sprint at Woodbine where there was significant other’s early pace, he looks like the fastest horse early here. If he makes the front as I expect, he’s a serious threat to take the field the entire way.

The Saratoga 3rd is the grade two Ballston Spa for fillies and mares four years old and up going 1 1/16 miles on the inner turf. Sistercharlie is going to be a significant favourite but I’m not a fan of how she ended last year. Her Flower Bowl was the first time since 2017 where she did not earn a triple-digit Beyer speed figure. You could say she was 1/5 and did not need her best but I would counter with she has been odds on in other occasions and still managed to run fast races. 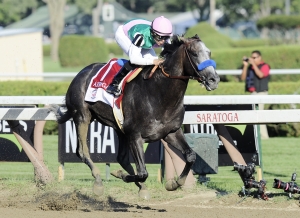 She then went off at odds on again in the Breeders’ Cup Filly and Mare turf and she disappointed to finish 3rd. Also, note she typically runs at longer distances and while she won in her lone previous attempt at today’s distance that came back in 2018 which was her Eclipse award-winning year. I do wonder if she is still that horse.

Starship Jubilee (2-1 ML) is my play. Her advantages include an affinity for today’s distance, one which she runs at regularly and she also has much more tactical speed. Won’t be surprised if she’s setting the pace but even if she’s rating, she’ll be much closer to the front than Sistercharlie. Starship Jubilee should get the jump on her turning for home and think she’s talented enough to hold on.

The Saratoga 10th is the grade one Vanderbilt for three-year-olds and up going six furlongs on dirt. Volatile was terrific last time at Churchill in a minor stake running away at 1/2 earning a 112 Beyer Speed Figure which would win this race. The issue is he has never faced graded stakes company, let alone grade one company. Putting away Lexitonian on the front end should be a harder task and he’ll have to hold off classy, late closers this time while running at Saratoga for the first time. Also, some natural regression is expected off a peak effort.