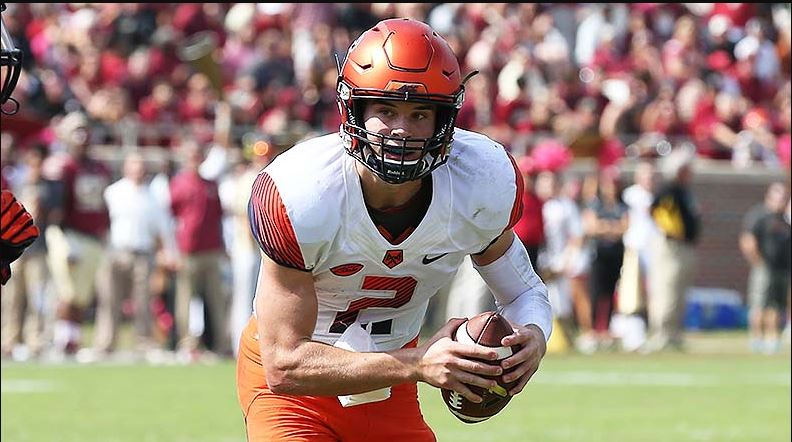 Wake Forest vs Syracuse Pick – College Football Week 9: The Wake Forest Demon Deacons (3-2) will travel to the Carrier Dome to take on the Syracuse Orange (1-5) in an ACC Conference matchup starting at Noon ET this Saturday. These teams are heading in opposite directions, with the Deacons riding a three-game win streak and the orange finding new ways to play poorly and lose games by wide margins. So, let us dig into the massive and all-knowing database to find money-making nuggets to bet on.

A Pair of Conflicting Trends

The Orange defense has played far too many downs and allows 32.5 points-per-game (PPG) on the season, and ranks third-worst in the conference. This is good news to the Deacons under head coach Clawson are 10-1 against-the-spread (ATS) run facing a team with a struggling defense that is allowing 31 or more PPG on the season.

However, the Deacons are on a 0-8 ATS run in road tilts, facing a horrible defense that allows an average of 450 or more yards-per-game (YPG).  The Orange rank 14th in the 15-team ACC, allowing 494.7 YPG, and only Florida State has been worse, allowing 490.5 YPG on the season.

The Deacons have turned the ball over just once and have forced 11 opponent turnovers for an impressive +10 turnover margin in their five games played. The Orange have been far more careless, tallying nine turnovers, but have had gracious opponents that have totaled 17 turnovers over their five games played. So, despite turning the ball over far too many times, the Orange have posted a +6 turnover margin on the season.

The Deacons are 1-10 ATS after playing five consecutive games with no more than one turnover in games played since 1990. The poor record reflects the fact that this run is simply unsustainable and prone to poor ball handling. Further, the Deacons are 10-1 ‘UNDER’ following back-to-back games with a +2 or more turnover margin.

Bet on the Hot Team that is Better than Opponent

The best current price on Wake Forest is at -13.5 (-114) via FanDuel: Betting on road teams that have covered the spread in three of their last four games and have won 60 to 80% of their games in the current season and facing an opponent that has struggled mightily winning 25% or less of their games in the current season has produced significant profits. Over the past ten seasons, this betting system has earned a 38-11 ATS record good for 78% winning bets that have covered the spread by an average of seven points.