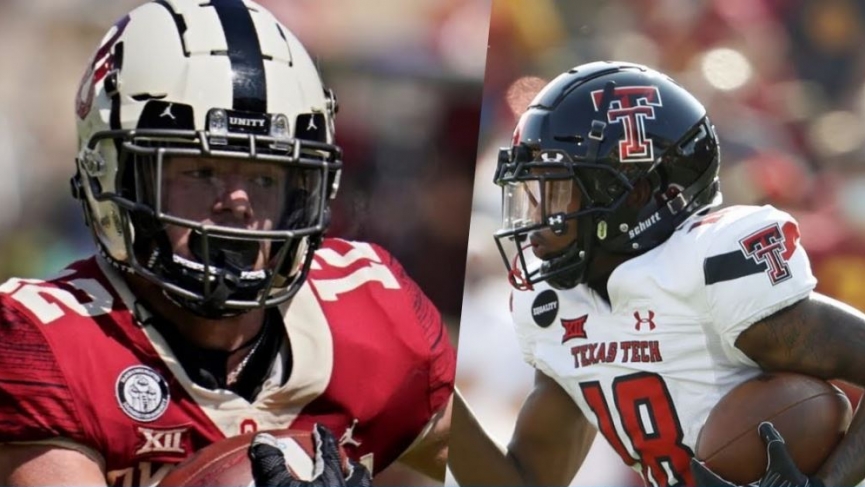 Oklahoma vs Texas Tech Pick – College Football Week 9: Lubbock has not been a great place to bet the Oklahoma Sooners in recent years, but I don’t get all of the talk about the Texas Tech Red Raiders being the right play this week. FOX will also carry this prime-time matchup, and FanDuel favors the Sooners by 14½ with 68½ for the total.

One of the top storylines here is Oklahoma’s 7th-ranked passing attack against Texas Tech’s 97th-ranked pass defense, which puts the Red Raiders fifth from the bottom in that category. Spencer Rattler is one of the nation’s top-rated quarterbacks, and the redshirt freshman watched his ground game come around in the Sooners win at TCU a week ago.

This one also depends a lot on who does or does not play. Oklahoma head coach Lincoln Riley will not commit to lifting the suspensions for Ronnie Perkins, Rhamondre Stevenson, and Trejan Bridges stemming from an incident a year ago that involved marijuana. Gasp! There are signs that at least Perkins might play this weekend, which would help a defense that has been good, not great, so far.

Texas Tech could be without wideouts KeSean Carter (elbow), TJ Vasher (leg), and Dalton Rigdon (head) for a third consecutive week. That trio has combined for 45 catches and nearly 500 yards, and six touchdowns. Add those three to the chest injury with SaRoderick Thompson, the team’s leading rusher, and the questionable column.

That rough start to the conference schedule appears to be in the rearview mirror for the Sooners, and Rattler should be able to really air it out if Oklahoma’s rushing can keep the Red Raiders’ defense honest. My pick is Oklahoma to cover with room to spare.

Big 10 Game of the Week: Penn State vs Ohio State