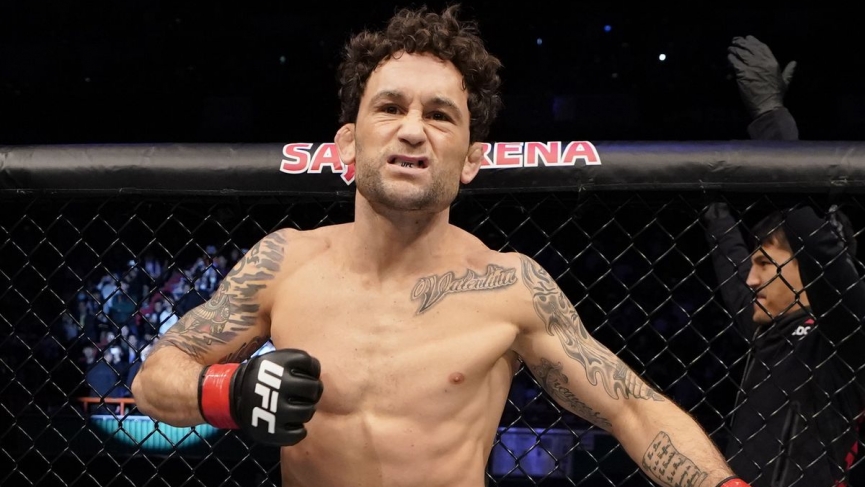 Cory Sandhagen (13-2) looks to build off his impressive TKO finish over Marlon Moraes last October as he battles Edgar in the co-main event. The 28-year-old has gone 6-1 in the Octagon, with his lone loss coming against current bantamweight title challenger Aljamain Sterling last year at UFC 250.

Edgar (24-8-1) had a successful debut at bantamweight last August, where he took home a split decision victory over Pedro Munhoz at UFC Fight Night. The 39-year-old will be looking for back-to-back wins for the first time since May 2017.

Sandhagen is the rightful favorite here, but the line is way off in my opinion, as I see this 135-pound showdown as closer to a pick’em. While Edgar comes into this fight having lost three of his last five fights, all of those losses have come against top contenders, including Brian Ortega, Max Holloway, and the “Korean Zombie” Chan Sung Jung. Even being one of the older fighters on the roster, Edgar has shown a granite chin throughout his career, having been stopped just twice in 33-career fights. It’s possible if Edgar can use his wrestling and control Sandhagen on the mat, he can win this fight. I also don’t think the size difference for Sandhagen will be too much of a factor, with Edgar having competed in both the lightweight and featherweight weight classes in his career.

My pick for this fight will still be Sandhagen, as I believe he’ll keep this fight on the feet and pick up a close decision similar to the John Lineker fight. However, Edgar does have a path to victory if he’s able to secure takedowns, and that’s why I think there is value on the former lightweight champion at +325.

Pantoja (22-5) aims to rebound from his loss to Askar Askarov as he battles newcomer Kape on the main card. The 30-year-old has lost two of his last three fights, including a unanimous decision victory to current flyweight champion Deiveson Figueiredo at UFC 240 in 2019.

Kape (15-4) makes his UFC debut on Saturday, coming over from Japan’s prestigious RIZIN organization. The 27-year-old carries a four-fight win streak into his debut, including a second-round TKO victory over top bantamweight Kai Asakura at RIZIN 20 in Dec. 2019. Due to the pandemic restrictions in Thailand, Kape spent most of his camp training at American Kickboxing Academy in San Jose, California.

As the odds suggest, this is a very close fight, but I do give the edge to Kape for a few reasons. While Pantoja has knockout power, Kape has been more consistent with his striking, having knocked out his last three opponents. I believe this fight will stay standing, with Kape having an edge in that department. The layoff is a bit concerning; however, Kape has been training the entire time, and I like the fact he won’t have to travel much with this fight being in Las Vegas. While Pantoja has fought better competition, I think we’ve seen that he’s not quite at that contender’s spot just yet, whereas I believe Kape is. I will pick Kape in this fight, and I see value in him at betting odds of +110.

There is some decent value on Clay Guida here as the underdog for a few reasons, here’s a few of them.