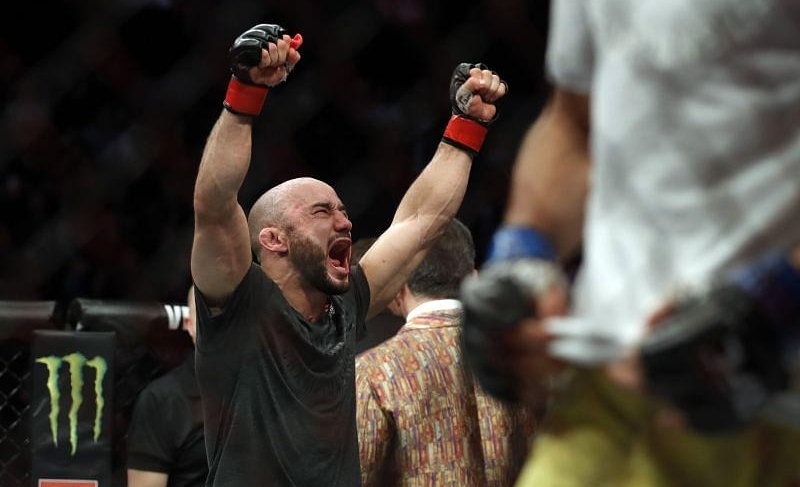 
From a betting perspective, the biggest favorite on the UFC Fight Island 5 card is heavyweight Tom Aspinall -556 (via Bet365). I don’t see any value on his opponent Alan Baudot as the +425 underdog.

Cory Sandhagen looks to bounce back from this loss in the Octagon as he battles Marlon Moraes in the main event. While Sandhagen has a height, reach and youth advantage in the matchup, I do see value on Moraes as the underdog at +120 (via WilliamHill). Here’s why.

Sandhagen (12-2) was stopped for the first time in his career as Aljamain Sterling submitted the Colorado native in the first round of UFC 250 back in June. The 28-year-old was riding a seven-fight win streak prior to the loss.

Moraes (23-6-1) bounced back from his title loss to Henry Cejudo at UFC 238 in June 2019 by defeating Jose Aldo by decision at UFC 245 in December. The 32-year-old was slated to fight Petr Yan at UFC Fight Night in June, however, that event was canceled due to COVID-19, and Yan ended up fighting, and defeating Jose Aldo instead, for the vacant 135-pound title.

If Sandhagen’s able to utilize his 5-inch height, 3.5-inch reach advantage, he very well could keep Moraes at bay and avoid Moraes’ power shots. The Elevation Fight Team product has great cardio and the longer this fight goes, you’d have to favor the LFA veteran. However, Moraes has the type of knockout power that can end a fight at any time. “Magic” boasts stoppage victories over Sterling, Jimmie Rivera, and Raphael Assuncao. If the former WSOF champion can get on the inside, it could be a short night for Sandhagen. For that reason, I do see value on Moraes as the underdog, however, my pick will remain with Sandhagen.

Ben Rothwell looks to make it three straight victories for the first time since Jan. 2016 when he battles Marcin Tybura on the main card. Despite Rothwell having a clear experience edge, I do see value on Tybura as the underdog at +130 (via Bet365).

Rothwell (38-12) last defeated Ovince Saint Preux by decision at UFC Fight Night in May. The Wisconsin native has gone the distance in four of his last five fights.

Tybura (19-6) has turned things around after losing four of five heading into 2020. The 34-year-old is coming off back-to-back wins over Sergey Spivak and most recently Maxin Grishin at UFC 251 in July.

While Rothwell will also have a heigh/reach advantage in the matchup, I do see Tybura having the potential to pull off the upset. At some point, he Rothwell MMA product has to slow down and this could be the fight. Rothwell doesn’t typically win if the fight goes the distance and Tybura has shown to be durable over his last two matchups. Once again the pick here is Rothwell but I could see Tybura potentially stealing this one if it hits the judges scorecards.

Tom Breese hopes to avoid two straight losses for the first time in his career as he welcomes undefeated middleweight KB Bhullar to the UFC. The UK fighter is a decent 2-1 favorite, however, I do see value on the Canadian at +210 (via WilliamHill).

Breese (11-2) has only fought twice since 2017 due to both injuries and mental health issues. The BAMMA veteran had a disappointing loss in his last outing which saw Brendan Allen submit him in the first round at UFC Norfolk in February.

Bhullar (8-0) hasn’t fought since a July 2019 unanimous decision victory over former UFC welterweight Matt Dwyer at Unified MMA 38. The Shaved Bears MMA product was slated to fight Bruno Oliveira on Contender Series in November, however, Bhullar got the call on short notice call up to replace Roman Kopylov against Breese.

While Breese has a clear edge in experience having fought six times already in the Octagon, his lack of fights and mental struggles are the reason for concern. Bhullar has nothing to lose in this fight and trains at a great camp with UFC heavyweight Tanner Boser. If Bhullar can keep his composure and utilize his striking, I believe there is a chance here for the upset. That’s why I see value at +210 on Bhullar.