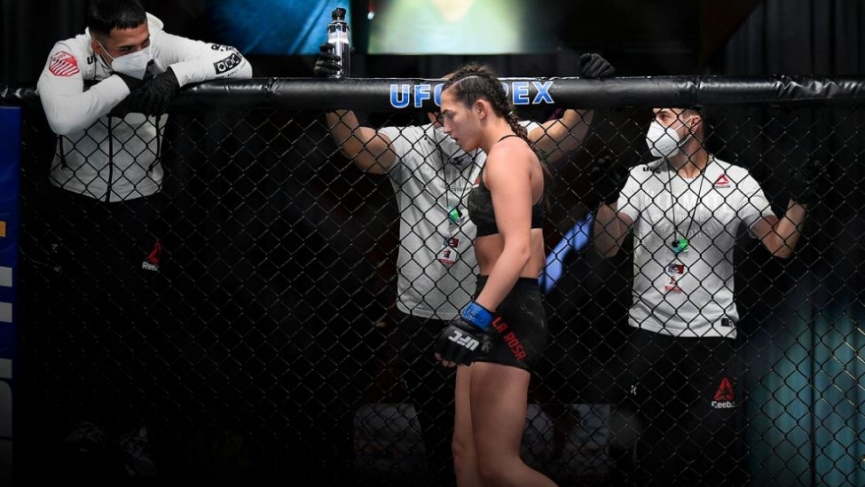 UFC Betting Trends by Division – UFC Vegas 16: Tonight’s most profitable active UFC division betting trends is in the Women’s Flyweight division, where the Underdog has gone 13-19 for +12.5 units profit since the start of 2020. Montana De La Rosa is an 11-6 fighter who has gone 0-2 as an underdog in her UFC career. Tonight she is lined as a +195 dog to Brazilian Taila Santos.

Certain types of fights have a certain set of likely outcomes. Whether it be the over in women’s divisions, the underdog in welterweight, or the favorite in lightweight. Some times it may even be a more specific market trend, such as the ‘coin flip favorite’ (-150 to -101) at men’s flyweight. Whatever it may be, there is quantifiable data that we can analyze to find these trends, isolate and exploit them for profits. Let’s take a look at the betting card for UFC Vegas 6 and the most profitable trends, and probable outcomes for each division on the card.

UFC Vegas 16: After The Weigh-In

UFC Vegas 16: Propping You Up

Who is the biggest Underdog at UFC Vegas 16?