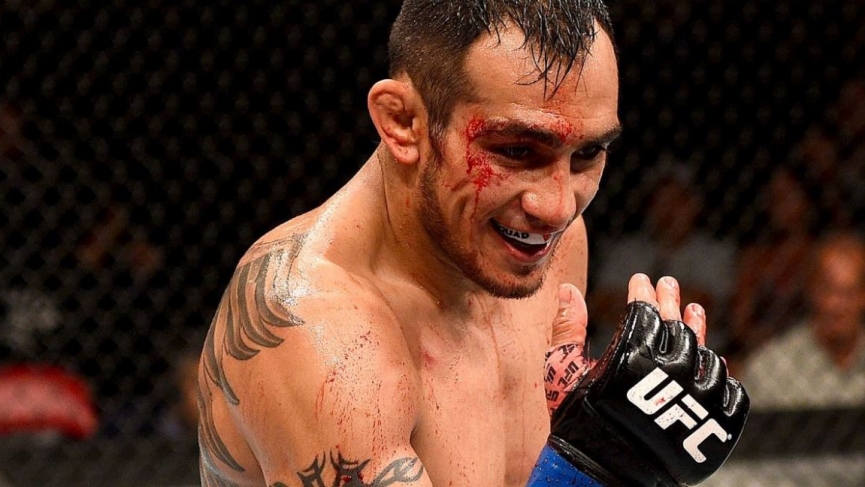 A fight that fans have been waiting for and talking about for years is finally taking place at UFC 256. The co-main event between Tony Ferguson and Charles Olivera could easily headline a card with the amount of hype behind both men. This is a huge fight that neither fighter can afford to lose and should be the front runner for fight of the night.

El Cucuy. The Boogeyman. Tony Ferguson has terrorized the UFC’s lightweight division for the past nine years and has left most of his opponents requiring facial reconstruction after their fights. This man is a machine who never stops moving forward with an unbreakable will and a well-rounded skill set.

Tony can strike with the best. Tony is a collegiate wrestler. Tony is a wizard on the mat, and his opponents who find themselves outmatched on the feet usually end up tapping out when they test their chances on the ground. Tony recently had his record-setting win streak broken by Justin Gaethje at UFC 249, after a high stake gamble failed in this the year of all things terrible 2020. The biggest question surrounding the man once believed to be Khabib’s one true challenger is: Can Tony come back from Justin’s loss?

Charles Oliveira is a man who many have chosen as their dark horse at 155. Oliveira was a huge prospect at 145, but the weight cut seemed to be taking too much of a toll on his body. Since moving up to 155, those issues seem to be behind him, and Charles has strung together a very impressive seven-fight win streak and put himself in a position where he can call himself a true contender for the title.

There was a time where Charles was simply a high-level BJJ player, but over the years, his striking has evolved to become just as dangerous of a weapon, and now he can finish a fight from anywhere. But will it be enough? This is a massive step up in competition, and it will be interesting to see how Charles handles it.

There is a lot of love in the betting world for one Charles Oliveira. I believe that this is a combination of things creating the perfect storm for bettors leading to what we may find is a public underdog. Charles Oliveira has been on an absolute tear. All of Oliveira’s last seven wins have come by way of finish, and most of them in the very 1st round. He has simply run through anybody the UFC has placed in front of him. MMA, even more than most other sports, is all about what you can last recall. You are only as good as your last fight, and right now, Charles looks like he’s holding the golden ticket.

Tony Ferguson, on the other hand, does not look good right now. Oh, how the mighty have fallen. In just one year, Tony went from being the one single man who could dethrone Khabib and closing as a -260 favorite over Justin Gaethje to being counted out against Charles Olivera, who hasn’t even faced a ranked opponent.

I believe that this fight comes down to one single thing: Heart. Tony’s heart and will can never be challenged. In every single fight, Tony drags his opponents into the darkest deepest recesses of their worst nightmares, and he drowns them there. There may not be a more appropriate fighter name than El Cucuy in the game today. On the other hand, Charles Oliveira is one of the best hammers in the sport, but he is also one of the very worst nails. We haven’t seen it for some time, but Charles has some quit in him.

When Oliveira is in the driver’s seat, he is a monster, and you do not want to be dealing with this man. But when he is the one being walked down and forced to fight on his back foot, he is a different man and a shell of himself. For a young fighter, Charles Oliveira has a ton of experience, and one thing that stands out to me is his losses. Of the eight losses on his record, only one has come by way of decision. When Oliveria is being beaten, he looks for a way out.

UFC 256 Co-Main Event Best Bet: Tony Ferguson (-170) via Bet365: Tony is a man who breaks his opponents. He takes what they offer, and he smiles. While blood runs down his face, all he does is march forward and dish out just as much damage or more than you just landed on him. Tony is one of the most terrifying fighters on the planet, and I don’t believe he is shot just because he lost to Justin Gaethje a few months ago. Tony Ferguson is going to break Charles Oliveira on Saturday. I would be willing to lay the chalk, and I will be betting the round 3 prop because when Oliveira has had enough, Tony will give him his way out.