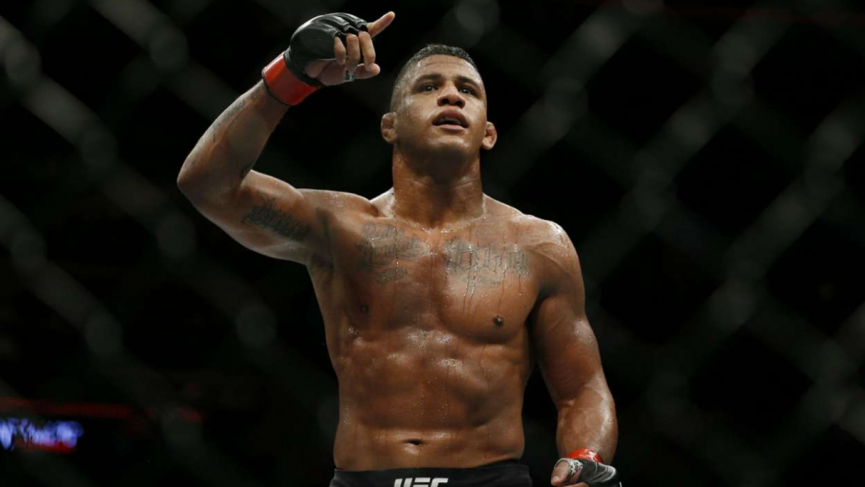 We could not miss at UFC Vegas 18, and now we head into a big UFC pay per view with a title on the line. Looking to stay hot, we have a full card with much more competitive action, and the main event is a good one. The former teammates turned opponents will fight for UFC gold, and it is a big step up for the challenger Gilbert Burns.

The Fighters: Usman vs Burns

Karmaru Usman is trying to put himself in a position to be talked about as the 170 pound GOAT. Usman’s incredible gas tank and intense offensive wrestling make him a real problem for his division’s challengers. Usman has no issues making a fight boring and is more than willing to hold his opponents against the fence and even stomp on their feet to break them down. The only issue with Usman is he is riddled with injuries and is very inactive due to it. I do wonder how long he can maintain his run of dominance.

Gilbert Burns is one of those fighters who has given himself new life by changing weight classes. The two time BJJ world champion has paired high-level grappling with wrestling and explosive power on the feet. Gilbert Burns came out of nowhere and burst onto the scene in the UFC Welterweight division, where he became an immediate threat to his former teammate Kamaru Usman. After training for years with the champion, Gilbert Burns might be uniquely equipped to challenge his former friend and ally.

The Match-Up: Usman vs Burns

It might surprise you, but the way I see this fight playing out is actually on the feet. Kamaru Usman is a monster wrestler, but we saw in his epic fight with Colby Covington that when he faces another high caliber wrestler, the champion is willing to engage in a striking battle. When two fighters have a similar skill, they go to war in the area, we both assume that they have the advantage, which ends up being neither of their best skillsets. In this case, both Usman and Burns have developed a fantastic striking, so we should not be at all bored.

Kamaru Usman is the bigger man, but Gilbert is the more compact and explosive fighter. These men should trade positions both on the mat and on the feet, and with all the years of training experience, it will be an interesting chess match to see who finds the advantage. These men will know each other inside and out. They will learn each other’s tricks. This fight might well come down to whoever has made the better improvements after they split from one another.

UFC 258 Main Event Best Bet – Gilbert Burns (+225) via Bet365: There is something I can’t shake about Gilbert Burns challenging here. You can smell the confidence from the former 155 pounder turning traitor and looking to dethrone his old friend and training partner. I feel almost like Burns knows something. The fact that Kamaru Usman has moved his camp to Elevation to train his striking with Justin Gaethje has me suspicious that he knows Gilbert is the sharper striker, and it’s a hole he was looking to fill.

Call me crazy, but I believe that these betting odds are too wide. I am rolling with the violent finisher here in the underdog Gilbert Burns. The key, however, is the wait. All the love and all the money is currently coming in on the champion, and this line is just going to get wider. I would not be at all surprised if we get +275 on Burns by fight time, and that would assume a 30% chance of victory. If these two fighters were to fight ten times, I do believe that Gilbert Burns can win 3 of those. I have been betting Burns ever since he moved from 155 to 170 together we are 6-0. I am not jumping off this train until I have to, so let’s ride one more time. #AndNew