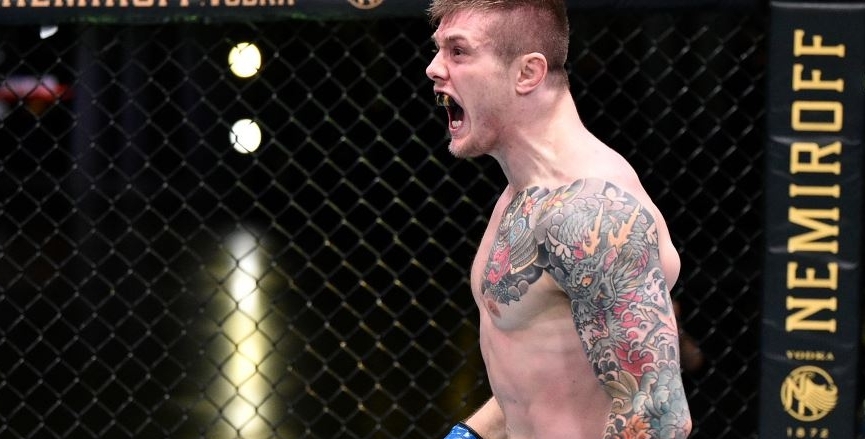 Contrary to last week’s UFC Vegas 15, where we didn’t know a name on the card, UFC Vegas 16 is a card full of recognizable names and hype stealing finishers. The last several cards of the year have been ravaged by COVID, which is no different this week. Our headliner for Saturday’s fights has been shuffled at the last second multiple times, and now Jack Hermansson faces his 3rd scheduled opponent.

The Joker has been working his way up the chain and has not been quiet about it. Hermansson has been kill or be killed for the last four years, with the only exception being the ever-durable Jacare Souza. Hermansson brings a violent mix of striking with a filthy wrestling and submission attack that constantly keeps his opponents on the back foot.

Jack has a karate stance on the feet and keeps things light and smooth, attacking his foe’s legs. When Jack closes the distance, he switches gears and mixes in level changes, which helps to set up his hands. The takedowns are the biggest threat, and Jack’s opponents have to do anything they can to keep this fight standing because of his ability to scramble, and chain submissions is not matched at Middleweight. Jack’s only issue is that every time he steps up in competition, he seems to take a bad loss that knocks him back down the ladder.

Marvin Vettori is a fascinating case in the UFC. He is developing and gaining experience. At just 27 years old, we still have not seen the best that this prospect has to offer. There’s a genuine argument to be made that Marvin gave 185-pound king Israel Adesanya his best fight in the UFC to date.

Vettori is a fighter who does everything well but doesn’t really stand out anywhere. He is incredibly physically strong and has a good gas tank but relies on power and explosion to do everything he needs to in the cage, and that can leave him needing to reload. Vettori’s striking is efficient but not particularly dangerous on the feet. Once Vettori gets his opponents on the floor, the story is a bit different. Marvin’s ground and pound can be vicious, and he has shown himself to be a submission threat as well.

Hermansson was initially slated to face Darren Till, but his opponent was forced to withdraw due to an injury. Kevin Holland was supposed to fill in for Holland, but he recently tested positive for COVID and moved to a card a few weeks away. Marvin Vettori, who was supposed to face Jacare, has essentially switched opponents with Holland and will face The Joker Saturday. Holland will face Jacare in a few weeks, and honestly, I like the new matchups a bit better. Vettori is trying to get back to that fight with Adesanya, and a fight with Hermansson does more for that argument than one with the aging Jacare does. Similarly, Jack is coming off a quick win over Kelvin Gastelum, and derailing the surging Vettori will push him further along than a short notice win over Holland even though he is a fan favorite.

In a fight where both men get the majority of their work done on the mat, it is tough to predict what the game plan will be. Sometimes we see fights where both men share a skill set, and that causes them to believe they have the advantage in another area. Other times we see both men so confident in their skill set they are willing to gamble on themselves and step right into their opponent’s greatest area of strength. This will be a complete mixed martial arts fight. I fully expect Jack to maintain the range and attack Vettori’s legs as long as he can until Marvin crashes the pocket, looking for some big shots. The battle will take place between Jack’s excellent timing at 35% takedown success rate and Marvin’s 80% takedown defense.

Main Event Best Bet: Marvin Vettori (-138) via Bet365: Marvin has had plenty of experience facing strong grapplers and submission threats in the UFC, such as Omari Akhmedov, Antonio Carlos Jr, and Cezar Ferreira, who submitted Jack himself. This fight is extremely close, and you can make the argument that either man can win it, but the submission defense and offensive wrestling is a skill set that I believe will lead Vettori to a victory. Even though Vettori is not a one-punch knockout threat, we have seen Jack be knocked out twice and hurt on the feet in other fights. We have also seen Jack accept the bottom position looking to reverse his opponents, sweep, and submit, which is a crucial area of danger for him. Vettori’s top game is vicious, and I can see him earning a ground and pound victory after winning a scramble, but he is going to have to be on his toes and mind his defense the entire time.

What times does UFC Vegas 16 start?