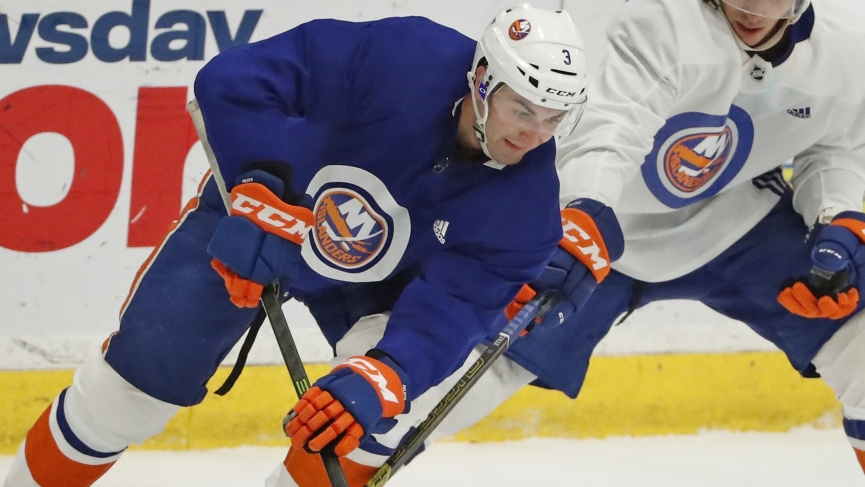 The Barry Trotz Cup Within The Stanley Cup

Trotz has been one of the league’s elite head coaches for the last two decades in Nashville, Washington, and now with the Islanders. He’s missed the playoffs in only a couple seasons during that span and he’s turned the NY Islanders right around in just two seasons from being one of the NHL’s worst teams defensively into one of the league’s best at that end of the ice. New York was once again ranked highly on the defensive end at 9th in the NHL in goals allowed per game.

The New York Islanders defense struggled midway through the season when they were without a few of their key cogs on the blue line due to injuries. It’s understandable because often I look for teams to struggle to keep the puck out of their own net when dealing with cluster injuries in particular on defense. However, that was then and this is now. 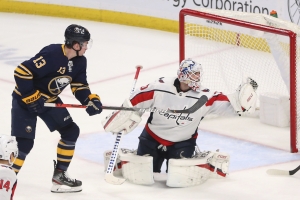 The Islanders’ blue line is healthy right now and they completely shut down the Florida Panthers in their play-in series holding the Panthers to seven goals in the four games combined. Washington brings a ton of offensive weaponry to this series much as Florida did. The Capitals have the firepower up front to test this strong Islanders defense with Alex Ovechkin, T.J. Oshie, Nicklas Backstrom, and Evgeny Kuznetsov who are a force offensively.

They all registered at least 49 points during the regular season. I haven’t even mentioned Ilya Kovalchuk and Carl Hagelin down the lineup who provide an immense depth of scoring for the Capitals as well. The offensive prowess for this team is alive and well as they rank 2nd in the NHL in goals per game. That being said, there are some holes and question marks that do exist. The Capitals defense is not as strong as it’s been in past playoff seasons especially if John Carlson who missed the last two round-robin games is unable to return for Game 1 of this series.

Carlson is having a phenomenal season with a whopping 75 points in 69 games which is remarkable for a defenseman. His absence would force the Caps to play their depth defensemen who collectively aren’t as good as they have been in the past. This hasn’t been a vintage campaign for Washington goaltender Braden Holtby either who has struggled at times throughout the regular season. Holtby had a pedestrian 3.11 GAA and .897 save percentage which is mediocre at best for a goaltender of his caliber and pedigree. Holtby may not be the better goalie in this series if Semyon Varlamov of the NY Islanders can duplicate his strong showing in the qualifier series victory against Florida.

The Barry Trotz factor is hard to ignore. He knows the strengths and weaknesses of this Capitals team featuring the same core of players he coached for multiple seasons and he can use that to his advantage in this series. New York’s blue line was good at keeping Florida’s top players and skilled forwards from getting to the front of the net in that series while preventing them from getting traffic in front of goaltender Semyon Varlamov.

They did an outstanding job throughout that series win clearing loose pucks and rebounds just sitting in the crease out of harm’s way. On paper, Washington has the deeper forward group but the NY Islanders really bolstered their forward depth by getting Jean-Gabriel Pageau from Ottawa at the trade deadline who is a strong two way player at both ends of the ice and is having career season offensively.

Washington’s blue line was weaker this season with less depth on it than in the past and the defense corps could be compromised further if John Carlson is unable to be in the lineup for the first game of this series. It’s surely worth noting the troubles the Islanders gave the Capitals during their previous regular-season meetings earlier this season. New York consistently played Washington tough during the season series with the teams splitting the four games. The Islanders have a solid chance to pull off the upset in this series and in Game 1. I’ll back the NY Islanders at a solid underdog price tag of +115 here in Game 1.