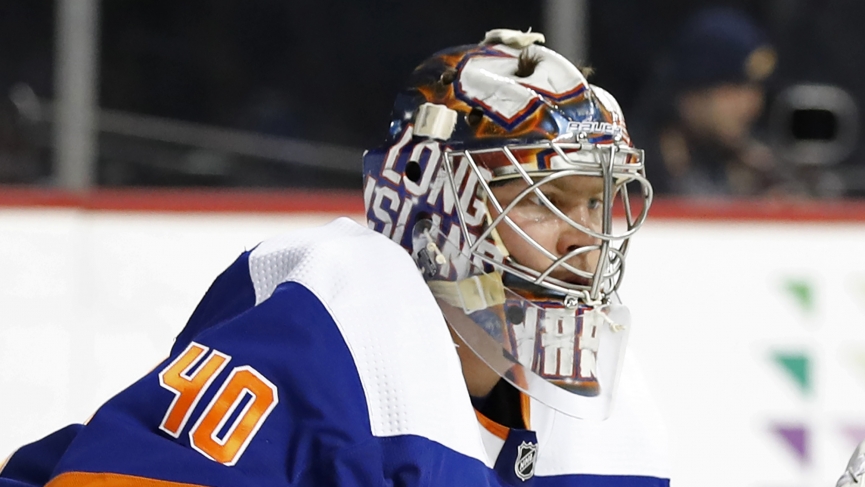 The Philadelphia Flyers stayed alive to force a Game 6 in this series with a 4-3 OT win in Game 5. The Flyers coughed up a 3-1 lead in the 3rd Period as the Islanders underrated offense rallied to tie the game in the final 20 minutes. Philadelphia rescued their season by bouncing back and scoring the game-winning goal in OT courtesy of a Scott Laughton redirected shot.

The game was fairly even with the Flyers and Islanders ending up tied in shots on goal in Game 5 but the difference was Philadelphia finally getting some of their most talented and skilled forwards to make an impact offensively. Flyers head coach Alain Vigneault requested more from Claude Giroux and James Van Riemsdyk. Prior to the game, it was said those two players needed to elevate their game and find a way to make a contribution on the scoresheet as both Giroux and JVR scored a goal for the Flyers en route to the victory in Game 5.

The NY Islanders showed how much better an offensive team they are right now to come from behind the way they did in the 3rd Period to force OT and even though they lost the game in the extra session, head coach Barry Trotz was still very positive about his team’s effort and performance during the game: “In the third period, I thought we were coming and obviously we were able to get it tied up. And we had some early chances in the overtime, some Grade-As that if we score on them, we’re not having this conversation.”

The Centers Of Attention 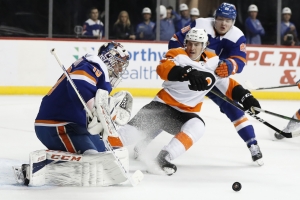 A pair of key centers for their respective teams both got injured in a collision that took place in Game 5 as Mathew Barzal of the NY Islanders and Sean Couturier of the Philadelphia Flyers both left the game due to injury and are questionable to return for Game 6 tonight. They would be impactful losses for both teams.

The New York Islanders continue to show they have been the better team for long stretches in this series as I would probably say that the NY Islanders have probably won 11 or 12 of the 15 periods of hockey that have been played through the first five games of this series. The Islanders have been better offensively, given up less defensively, and received slightly better goaltending from their duo of goaltenders than the Flyers.

The NY Islanders have also followed a similar pattern in these playoffs. They lost their first opportunity to close out a series and eliminate their opponent in each of the first two rounds they played. The Islanders lost Game 3 against the Florida Panthers in the qualifying round and they lost Game 4 against the Washington Capitals in the last round.

However, in both series, they immediately bounced back in the next game after both of those losses to win the next elimination game (their second chance to close out the series). That’s the exact same spot the NY Islanders are in here for Game 6.

I expect them to show a similar amount of killer instinct and I’ll back the Isles to finish this series tonight. The NY Islanders have gotten more offense from their best players in this series. They have gotten slightly better performances from their blue line and goaltending as well and I believe that will prove to be the difference in putting an end to this series here tonight. I will also bet this game Over 5. With this being an elimination game, expect a solid chance of seeing 5+ goals here especially with a great chance at an extended amount of empty-net time late in the game.