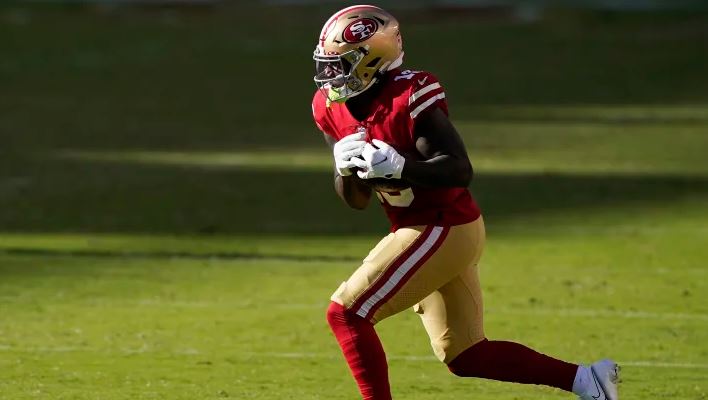 Odds.com’s San Francisco 49ers vs New England Patriots Pick – NFL Week 7: Bill Belichick and the New England Patriots are a stunning 49-24-1 ATS in their last 74 games when coming off of a straight-up loss. Not to mention they are riding a 42-17-2 ATS streak in their last 61 October games. The Patriots host their former QB Jimmy Garoppolo and the 49ers on Sunday at Gillette Stadium.

49ers Back On Track

The San Francisco 49ers come into this game off of a big divisional win against the Rams. It was Jimmy Garoppolo’s first game back from injury and he looked like exactly what the 49ers offense needed badly. Garoppolo had a strong outing, he completed 23 of 33 passes throwing for 268 yards with 3 touchdowns and 0 interceptions. Their offense averages 127.8 rushing yards per game and 24.7 points per game. They are going up against a Patriots defense that allows 219.8 passing yards, 119.2 rushing yards, and 18.3 points per game.

The 49ers started the season a little rocky with a few of their offensive weapons going on the injury list but now, their offense is back at full strength as far as weapons go. Garoppolo looked like he never missed a beat in his first game back last week as he made the offense click in every way. Between Mostert and McKinnon they have two solid running backs that can attack the Patriots defense and shred through them. Little has looked very good since coming back from injury as well and Aiyuk has also stepped up lately really making an impact on this offense. With all this talent on the 49ers offense, it’s hard to see the Patriots keeping up with them on Sunday.

The New England Patriots enter this game riding a 2 game losing streak, including coming off of a loss to the Broncos on their home field. The Patriots are currently under .500 for the first time in years but, they have an ATS record at home of 2-1. The Patriots offense is led by quarterback Cam Newton. Newton looked bad in his last outing not being able to get anything going in the air, leading his team to a measly 12 points in that game. He averages 278 passing yards per game with a 68.1% completion percentage, 2 touchdowns, and 4 interceptions. He also leads the team in rushing yards on the year, averaging 56.3 rushing yards per game with 5 touchdowns.

The Patriots offense averages 167.2 rushing yards and 21.8 points per game. They are going up against a 49ers defense that is allowing 212.7 passing yards, 108.3 rushing yards, and 21.7 points per game. Cam Newton threw for only 157 passing yards in the last game. The entire offense looked dismal until he started to use his legs and take the ball himself. If the Patriots expect to move the ball up the field on Sunday they will have to do it on the ground. If that gets shut down for them it’s hard to see their passing game bouncing back in a big enough way to overcome this 49ers team.

The best current price on the Niners Moneyline is at (+126) via FanDuel: This is a big game for both of these teams. It is a non-conference game but for these two teams so low in their division standings, it means everything. A win for either side would really boost the playoff chances but a loss could be the beginning of a slippery slope. The 49ers are 2-0 ATS when on the road this year while the Patriots are 2-1 ATS at home.

This is a big game for Garoppolo as it will be his first time back in New England since getting traded. He will want to play extra hard in this one, especially knowing how tough his division and how tight the standings are. The Patriots could not produce any offense against the Broncos at home last week, now they have a team that was in the Superbowl coming to town. There is more talent offensively on the 49ers, this game has their name written all over it.