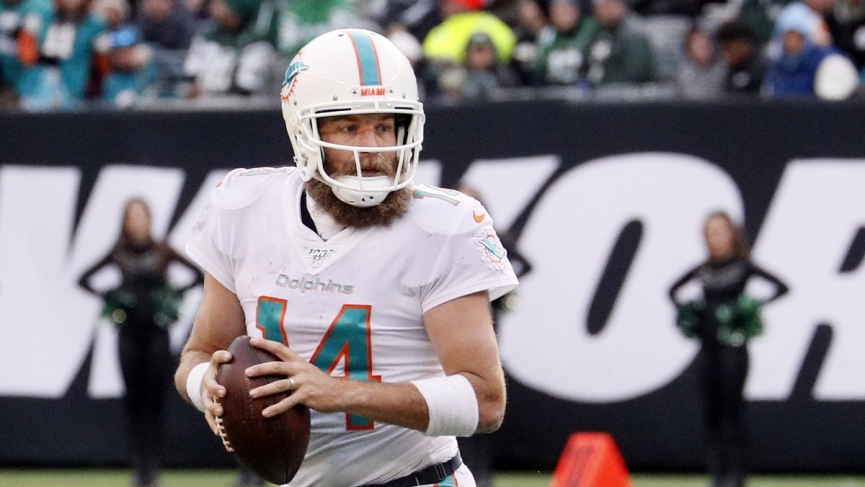 Odds.com’s New York Jets vs Miami Dolphins Pick – NFL Week 6: The Jets are looking ahead to next season. New York is 0-5 and it just let star running back LeVeon Bell go. An early injury to Bell, along with several others, is a big reason why the Jets have crashed and burned to this point.

The Dolphins will look for a second straight victory before their bye-week. Miami is just one game back of New England, which is 2-2 and which is a big favorite in its home game vs. the Broncos this Sunday. The Jets turn to veteran back-up Joe Flacco in Week 6 and we’re expecting them to struggle against this hungry Dolphins home side. 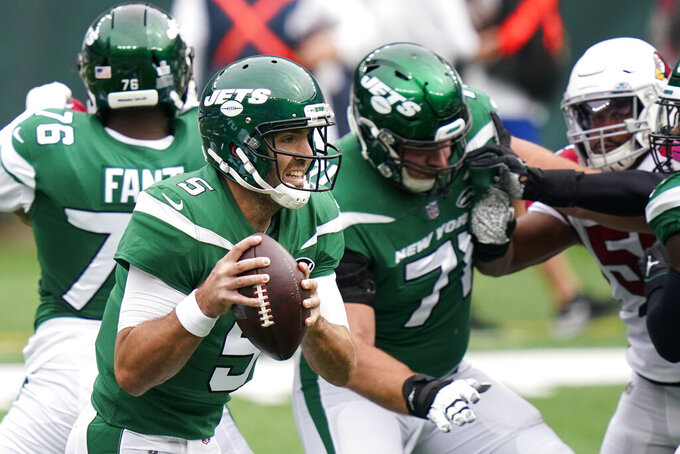 Will Adam Gase be the next head coach to get the ax? Probably. That said, most of the issues his team has endured this season are not ones that have been under his control. The Jets also opened the year facing three straight tough defenses in Buffalo, San Francisco, and Indianapolis.

Flacco could have rookie wide receiver Breshad Perriman back in the line-up finally after he suffered an ankle injury in the weeks before the season started. Left-tackle Mekhi Becton could also be back on the field. Jamison Crowder remains a bright spot on the offense, as he’s posted over 100 yards in all three of the games that he’s played in.

Miami has looked decent under Brian Flores. The odds were against the Fish from even being competitive this year, but the Dolphins enter having won two of their last three games (the only loss in that span was a competitive setback to the 5-0 Seattle Seahawks.)

Many fans were pushing for rookie Tua Tagovailoa to replace Ryan Fitzpatrick at quarterback, but after the veteran dismantled the 49ers by a score of 43-17 last weekend, those calls have been silenced.

The Dolphins were 8.5 point underdogs last Sunday and they destroyed an undermanned 49ers side straight-up. Now they face a team which is in even greater disarray and we’re expecting Miami to make the most of it.

Divisional teams see each other twice every season. This is the first matchup of the year between the clubs. Last season Miami won 26-18 at home as a 3.5-point underdog, before then falling 22-21 in New York as a 5-point underdog. Game 1 snuck over the 42.5 point total, while Game 2 fell under the total of 47.

The Side: New York is getting healthier and there’s going to be great opportunities to back it against these inflated numbers as the season wears on. However, we’re not expecting a giant leap in performance this weekend. The Dolphins won’t take the foot off the gas in the second half if they have a big lead. Miami can’t take any team for granted and with a shot at overtaking New England in the standings, another full four-quarter effort is expected at home in Week 6.

Miami does better as an underdog for bettors most weeks, as they’re able to catch superior teams by surprise. It’s not done nearly as well as a favorite (just 21-46-1 ATS in their last 68 games as a home favorite), but the circumstances this weekend are different. Not only is Miami 5-2 against-the-spread in its last seven at home, but they’re also 4-0-1 ATS the last five in this series. New York on the other hand is 1-4 ATS in their last five on the road. Take the Dolphins at -9 (-108) via BetAmerica.

The Total: The Jets are banged up offensively, but their defense has been terrible this season as well. In their five losses, they’ve allowed an average of 32.2 points. Miami lost 21-11 in New England in Week 1, but since then they’ve combined to score 125 points over their last four games (in that same period the Dolphins have allowed 92.)

Miami can smell the blood in the water and with its bye-week up next, the Dolphins will look to duplicate last week’s impressive offensive performance. The total has gone over in five of Miami’s last six at home overall and New York has seen the total fly over in four of its last six trips here. We expect little defense to be played between these division rivals on Sunday afternoon. Take the Over at 47 (-110) via PointsBet