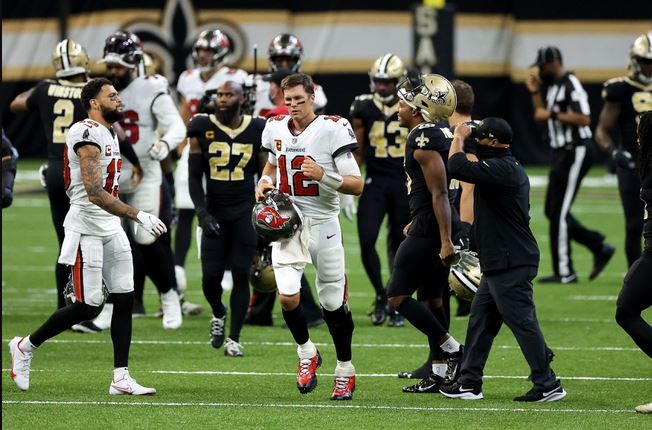 New Orleans Saints vs Tampa Bay Buccaneers Pick – NFL Week 9: Wide receiver Antonio Brown is expected to make his Buccaneers debut. He was last seen playing with quarterback Tom Brady in week two of last season in New England. At that time he was widely viewed as an elite wide receiver.

Tough to know how he will perform in his first game back but considering pro bowl receiver Mike Evans is playing through injury and Chris Godwin missed last week with an injury, Brown’s presence can only help.

New Orleans is also expected to get help at the wide receiver position. Their top two receivers, all-pro Michael Thomas and Emmanuel Sanders have both missed time in recent weeks but it’s possible they could both play Sunday and both returned to practice Wednesday. Thomas led the league in receiving last year but hasn’t played since week one. Sanders was coming off his best game as a member of the Saints by catching 12 passes for 122 yards in week five against the Chargers. Sanders had missed the past two games after testing positive for Covid-19 but is no longer on the NFL’s Covid-19 list thus he should play. Getting receivers back will be necessary for both offenses as neither team is likely to be able to run the ball as both defenses rank in the top three in opponent yards per rush attempt.

Using this DOG as part of a multiple-team six-point teaser wager has done its part sporting a 29-6-2 ATS record for 83% winners.