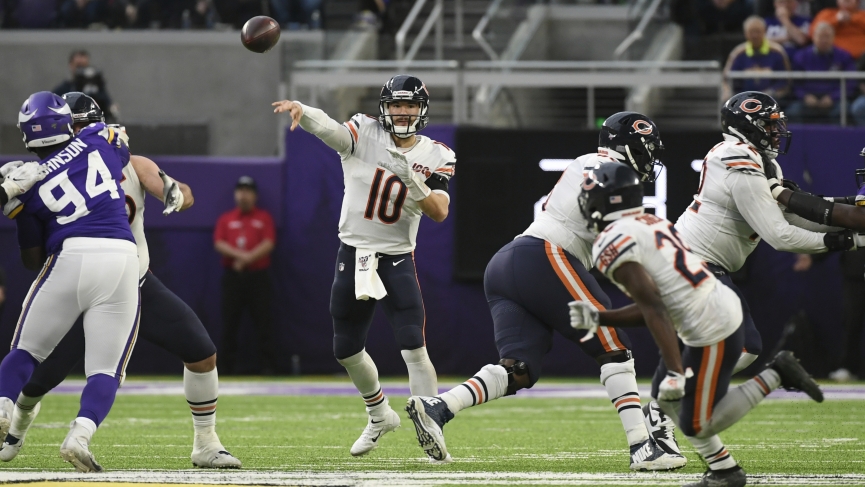 The Chicago Bears ushered in a new era prior to the 2018 season with the hiring of Matt Nagy as head coach after he worked under Andy Reid in Kansas City with the Chiefs as his offensive coordinator. It was also the 2nd year for QB Mitchell Trubisky with the organization and he was expected to take a step forward in his progression as the potential franchise QB for a squad that has struggled to find one for the past two decades.

The Bears had a strong 12-4 season in 2018 winning the NFC North but they lost a heartbreaker in the Wildcard round of the playoffs against the Philadelphia Eagles. Still, the season was viewed as a success bolstered by one of the NFL’s best defenses which ranked 1st in points allowed per game, rushing yards per game, turnovers forced, and interceptions. It was a fast, physical, and ball-hawking defense that carried the Bears to their division title and a playoff appearance in 2018 although Trubisky and the offense did enough to help the team to victory on the other side of the football.

Entering 2019, the expectations were higher as Bears fans were thinking not only making the playoffs but making a run at the NFC crown and the Super Bowl as well. However, things didn’t pan out for the Chicago Bears during the 2019 season. The Bears finished 8-8 and out of the playoffs winding up 3rd in the NFC North behind the Green Bay Packers and Minnesota Vikings.

The offense took a massive step backward in all facets. Trubisky (after being in the Pro Bowl in 2018) regressed at the QB position with all of his stats declining across all major categories including passing yards, TD’s, completion rate, and QB rating. The offensive line was a mess as the Bears couldn’t run block or pass protect consistently and key injuries along the front didn’t help. They allowed more sacks and the ground attack that was so good for them in 2018 suffered a major decline in production the following year.

The defense wasn’t quite as good as it was the previous season but they were still the greater reason why the Bears still had chances to win many of their games. Chicago was the only team in 2019 to miss the playoffs with a Top 5 defense in terms of fewest points allowed per game. Chicago will be looking to bounce back in the upcoming 2020 season.

Offense was neglected both in free agency & NFL Draft.

I wasn’t enamored with the Chicago Bears offseason. They pulled off a big trade with the Jacksonville Jaguars acquiring QB Nick Foles. Foles will compete with Trubisky for the starting QB job but Foles has questions of his own following an injury-plagued season in Jacksonville. He has been unable to stay on the field or replicate the performance he had in taking over for an injured Carson Wentz in Philadelphia leading the Eagles to win the Super Bowl in 2018. Foles cannot be considered at this stage of his career to be a QB upgrade than Trubisky has been to this point. 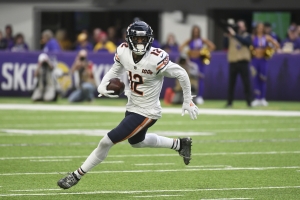 Two key defensive starters departed as safety Ha Ha Clinton-Dix and LB Nick Kwiatkoski signed elsewhere. In free agency, the Bears signed aging, injury riddled veteran TE Jimmy Graham a questionable move IMO. Their biggest and best free-agent signing was outside linebacker Robert Quinn who is coming off a strong 2019 season for the Dallas Cowboys registering 34 combined tackles and 11.5 sacks last season. It was a good move to bolster an already stout defense but I didn’t see enough offensive line help and skill position talent upgrades in free agency by the Bears to try and alleviate the pressure that will assuredly be felt by whoever ends up as their starter at QB.

The Draft was also less than stellar for Chicago as they spent their first draft pick in the second round on TE Cole Kmet out of Notre Dame at a position they didn’t need help in since they signed Graham in the offseason. Their next three picks were all on the defensive side of the football which again wasn’t the biggest concern on the team. The Bears’ biggest problem area on the team was the offensive line which was awful last season and yet the Bears didn’t draft an offensive lineman until the 7th round. It was a very suspect free agency period for the Bears and unfortunately, the draft didn’t so much to alleviate my concerns for this team.

NFL picks – It’s time to be “bearish” in Chicago

The Chicago Bears NFL odds win total is currently 8.5 and I certainly will not be betting the Bears Over that win total. It’s the under or a pass for me as I believe this squad looks like not much more than a .500 football team. Teams with mediocre to bad offenses regardless of their ability to get stops on the defensive side of the football are not the teams I envision having the best chance to win a Super Bowl.

Look at Kansas City this past season as a perfect example. I want teams to have offensive explosiveness and the ability to have a strong offensive line and good QB play. I am not sure we’ll see either of those with this Chicago Bears squad as currently constructed. Their offensive line was a problem last season and doesn’t look any better right now. Nick Foles is coming off a significant injury and now must play on a squad where pass protection is a significant question mark and Mitchell Trubisky has not progressed to a level yet where we can expect him to make the key and critical plays to help Chicago win games.

The Bears defensive front is quite good with Khalil Mack, Robert Quinn, Roquan Smith, and Akiem Hicks all big time playmakers, and the secondary led by Kyle Fuller is solid as well. Unfortunately, the defense is likely going to be on the field a lot and forced to play a ton of snaps thanks to an offense lacking elite skill position talent, QB play and an offensive line in shambles. In a division where the Packers and Vikings still appear superior to the Bears (and the Lions may be closing the gap on the Bears too), it could be another season with no playoffs in the Windy City. It’s clear that the Bears did not make my NFL picks for winning the Super Bowl this season.