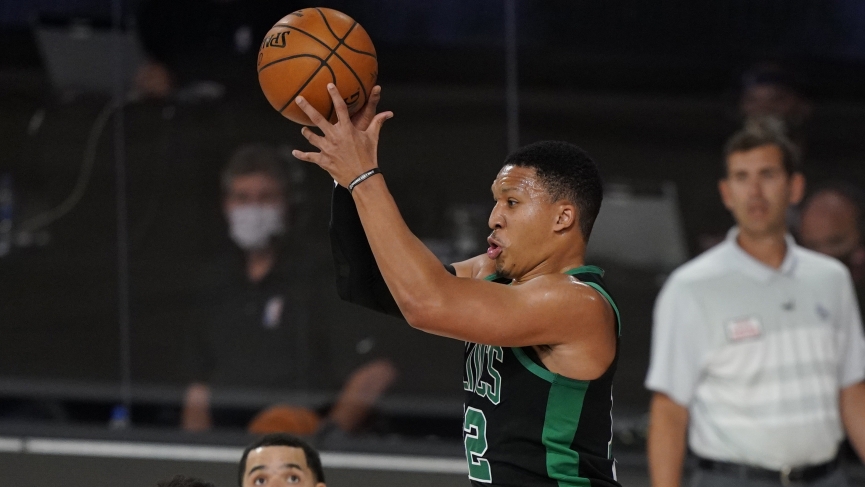 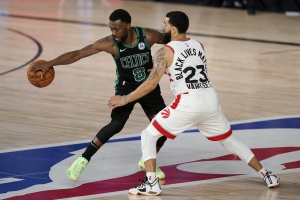 Who would have ever thought that the Boston Celtics would take the first 2 games of this series and head into game 3 with a 2-0 lead? Jayson Tatum lead the way in game 2 for Boston scoring his playoff career-high 34 points in a 102-99 win that puts a ton of pressure on the Toronto Raptors in game 3.

If the Raptors lose this game, it is going to be very hard coming back from a 3-0 deficit. The Raptors have been in this situation before though. Last year the Milwaukee Bucks took a 2-0 lead against Toronto in the Eastern Finals and Toronto came back and won the next 4 games. So Toronto knows they can come back from a 2-0, but will they win tonight and get back on track or will Boston attempt a 4-0 sweep in game 4? Let’s get right into it.

Raptors are a step away from playoff extinction

The Toronto Raptors lost the 1st game 112-94 and they also lost the 2nd game 102-99. The Toronto Raptors are going to do anything they can to not go down 0-3. They know if that happens, it will almost be impossible to come back from that. That’s why their defense is going to step up and play even stronger then they are now.

Both of the first two games of this series have gone UNDER the total and with Toronto’s defense playing more on an edge, they will step up and have another low scoring game. Toronto is not going to win this game in a shootout. They know they need their defense to win games. If Toronto wants to win this game, they are going to have to hold the Celtics to under 100 points like Boston held them to in game 2 and I believe that will happen.

Toronto as the #1 defense but will they use it tonight?

On the other side of the ball, we have the Boston Celtics. They are coming into game 3 more confident than ever. Their defense has been playing great as of late as well. Boston’s defense is ranked #2 when it comes to points against per game and it is showing. Toronto averages 112 points per game, but in the first two games, Toronto was held to 94 points and 99 points. If you think Toronto’s defense is the real deal then so is Boston’s.

Boston can’t let Siakam beat them and Jason Tatum and company are not going to let that happen. Boston’s defense guards the 3 point line very well as well and it’s showing. The Raptors have shot 27.5% from 3 in the 2nd game and 25% in game 1. Boston’s defense is ranked #2 when it comes to 3 point percentage against them and it’s been showing. The Raptors are not getting all of their open looks like they are used to and the pressure is getting to them. There are so many TRENDS that support our play for this UNDER here as well and I listed them all below.

Under is 4-0 in Raptors last 4 vs. a team with a winning straight up record.

Under is 4-1 in Raptors last 5 games following an ATS loss.

Under is 4-1 in Raptors last 5 games as a favorite.

Under is 4-1 in Raptors last 5 playoff games as a favorite.

Under is 7-2 in Raptors last 9 Conference Semifinals games.

Under is 10-3 in Raptors last 13 when their opponent scores 100 points or more in their previous game.

Under is 5-2 in Raptors last 7 games following a straight-up loss.

Under is 5-2 in Raptors last 7 road games vs. a team with a winning home record.

Under is 7-3 in Raptors last 10 after allowing 100 points or more in their previous game.

Under is 4-0 in Celtics last 4 when their opponent allows 100 points or more in their previous game.

Under is 4-0 in Celtics last 4 after scoring 100 points or more in their previous game.

Under is 4-0 in Celtics last 4 games following a straight-up win.

Under is 4-0 in Celtics last 4 Conference Semifinals games.

Under is 4-0 in Celtics last 4 vs. a team with a winning straight up record.

Under is 5-1 in Celtics last 6 playoff games as an underdog.

Under is 5-1 in Celtics last 6 games playing on 1 days rest.

Under is 4-1 in Celtics last 5 games following an ATS win.

Under is 6-2 in Celtics last 8 home games vs. a team with a winning road record.

So for this game, RSP is taking the Toronto Raptors/Boston Celtics UNDER 217 for Thursday, September 3rd, 2020!