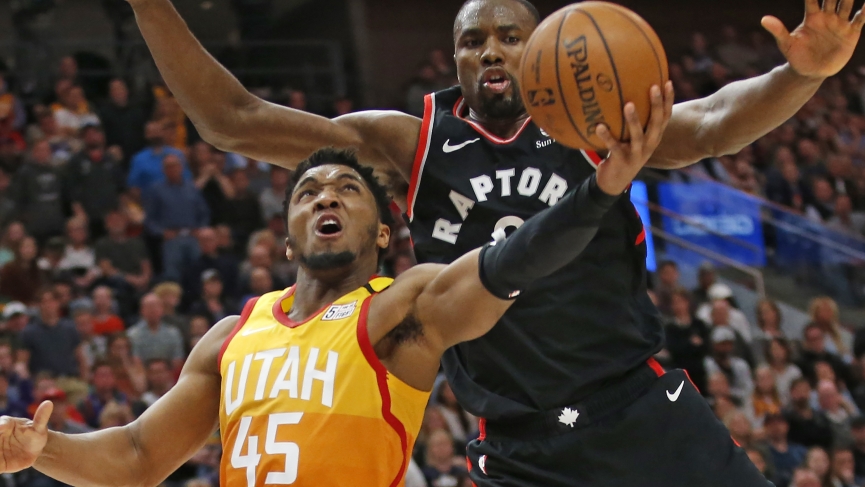 NBA Championship Futures For The Jazz Improved as The Season Progressed.

Things were going alright for the Jazz at one point early on this season, accumulating a 13-11 record a little more than a quarter of the way through their schedule. However, they did not anticipate what was next. In fact, I don’t think many of us did. After the first 24 games, Utah would go on to win 19 of the next 21 games – highlighted by a 10-game winning streak thrown in the mix.
Donovan Mitchell was leading the team in scoring with 24.2 points per game – four more than the next closest scorer. Speaking of that second-leading scorer, the journeyman Bojan Bogdanovic was fitting in nicely with his new team, averaging 20.2 points per game. The guy we’ll get into a lot more below, Rudy Gobert, was even having a nice season – with 15.1 points, 13.7 rebounds, 2.0 blocks per game – and got selected to his first-ever All-Star team.
The good news for Gobert, however, would come to a screeching halt. Not only for him and his Utah teammates but for the rest of the NBA. 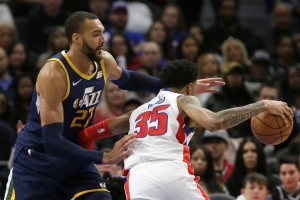 Two days before the COVID-19 outbreak really became a major point of worry in the NBA, Gobert was asked questions about it in a press conference. Not only did Gobert make a joke of the situation, but he even put his hands all over the microphones on the table and playfully breathed on them as well. As the famous saying goes, “Karma is a bitch” was never more alive. Gobert would go on to test positive for the coronavirus a couple of days later, and his teammate Mitchell was also in the same boat. Mitchell was not happy with Gobert at all, claiming the relationship between the two could never be salvaged again. Luckily, the two have since made up, but it wouldn’t surprise us all to see this hanging over their heads for quite some time.
Even before the situation with Gobert and Mitchell, the Jazz sort of came apart after that 19-2 stretch. Although Utah is now 41-23, it was a fall far from grace with these aspirations this team once had. Avoiding the Lakers in the second round would be great, but that’s really only delaying the inevitable for another round.

If The Jazz Makes it to the Playoffs, will they survive to the end?

As we mentioned at the top, it would be incredibly difficult for the Jazz to get past LeBron and AD in the second round. That is, assuming Utah beats OKC in the opening round – which we believe will happen which will completely devalue the Jazz’ NBA picks to win the Stanley Cup.
At the end of the day, there are too many talented teams in the Western Conference for the Jazz to overthrow. They have a solid core of Mitchell and Gobert, but who knows if that is going to last?
There are some fine ancillary pieces like Bogdanovic, Jordan Clarkson, and Joe Ingles. However, they are going to need a lot more beef to deal with the ridiculous amount of talent that resides in the West. Perhaps, next year they can make a great trade or land another key player in free agency.