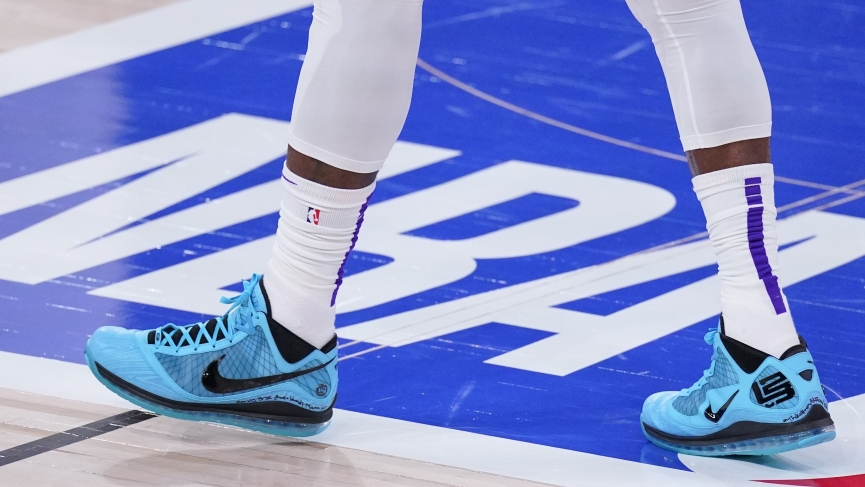 OddsHQ’s NBA Championship Odds Update: Value is fading fast on the NBA futures market, but there’s still time to get a hefty ticket on the Heat or Celtics to defeat whoever comes out of the west.

It’s LA, LA, and everybody else 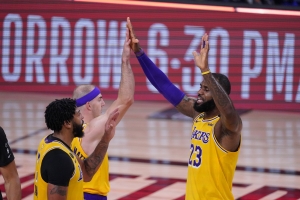 The NBA title futures market with the NBA Playoffs on the precipice of the Conference Finals getting underway, still have the Lakers and Clippers as the top two favorites to win it all. The Lakers are currently +135 via Fanduel, and the Clippers follow them at +300. That’s in spite of the fact that the Clippers season may be over after Tuesday night if they lose Game 7 of their Western Conference Semifinals against the Denver Nuggets. Denver, are currently +1800 to win the NBA title. The two teams set to square off in the Eastern Conference Final are the Boston Celtics and Miami Heat. Those teams are the 3rd and 4th NBA title favorites behind the two Los Angeles teams. The Celtics are +360 and the Heat are +480 to win the championship.

Where is the value right now?

In my honest opinion, I do not believe that now is the right time to be betting NBA futures. You could have had much better prices in the futures market with all the remaining teams to win the NBA title prior to the restart in July than you are currently getting. However, I know some of our website visitors are still interested in plunking down some cash on which team wins the title. If I had to choose a team that right now still offers a little bit more bang for your betting buck, it would be whichever team you think wins the East Final between the Boston Celtics (+360) and Miami Heat (+480). I’m in the camp that believes either of those teams has a shot at giving the eventual Western Conference champion a very tough series. The Celtics knocked off two pretty good Eastern Conference foes to arrive in the Conference Finals. Knocking off the very talented, albeit underachieving, Philadelphia 76ers in the first round. Followed by a very impressive seven-game series against the Toronto Raptors in the second round, taking down the defending NBA champions. The Celtics pulled off these wins with a tenacious and very strong defense, that held Toronto in the previous series to 41% shooting as a team for the entire series. Boston has three fantastic athletic players leading them in Jaylen Brown, Jayson Tatum, and Kemba Walker. Who’s length caused some problems for the Raptors throughout that series. 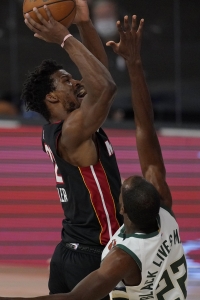 The Miami Heat got to the Eastern Conference Finals going 8-1 SU and ATS in nine playoff games. Sweeping the Indiana Pacers, and then taking out the #1 seed in the East, Milwaukee Bucks in five games. The Heat got a spectacular series from Jimmy Butler and Goran Dragic, who were both very efficient in the first two rounds. Many of their perimeter players including Duncan Robinson and Tyler Herro stepped up with some solid 3 point shooting. Not to mention Jae Crowder, who has enhanced and improved his overall floor game by incorporating more of a long-distance shooting component to his game.

This series should be a tougher challenge for Miami to keep up their red hot perimeter shooting. The Heat are 2nd in the NBA in 3 points FG percentage, but their opponent here in the East Final the Celtics are 2nd in the NBA in 3 points FG defensive percentage. Milwaukee only had the 15th ranked 3 points FG defense in the NBA. For all their accolades as being the top team in the East during the regular season. Miami was able to exploit that weakness. Boston will be tougher for Miami to exploit at the 3 point line, but at the same time, the Celtics will face a Heat team with more perimeter scoring weapons than the Raptors had in the second round. Making this matchup one that will be a fascinating one to watch unfold.

The Miami/Boston Eastern Conference Finals series will prove to be a very close, evenly matched series. So my best advice for anyone looking to place an NBA futures ticket at this late stage of the playoffs is to bet whoever you think wins this series to win the NBA title. There is value with the eventual Eastern Conference champion to win it all, regardless of who it is. I believe the Heat and the Celtics both have what it takes to be a significant challenge for anyone that comes out of the Western Conference in the NBA Finals. Whether that team is the Lakers, Clippers, or the Nuggets. To me, the best NBA futures board value is on the Heat and Celtics than it is on either LA team or the Denver Nuggets.