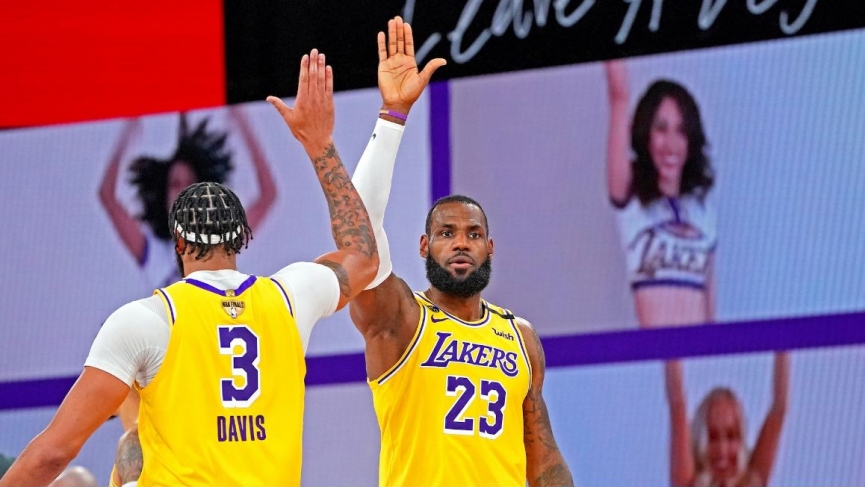 Lakers Odds On Favorite To Repeat Championship: Regardless of your feelings of whether or not the NBA restart in the bubble in Orlando crowned a true and legitimate NBA champion or not, the fact remains the LA Lakers will enter the 2020-2021 NBA season as defending NBA champions. 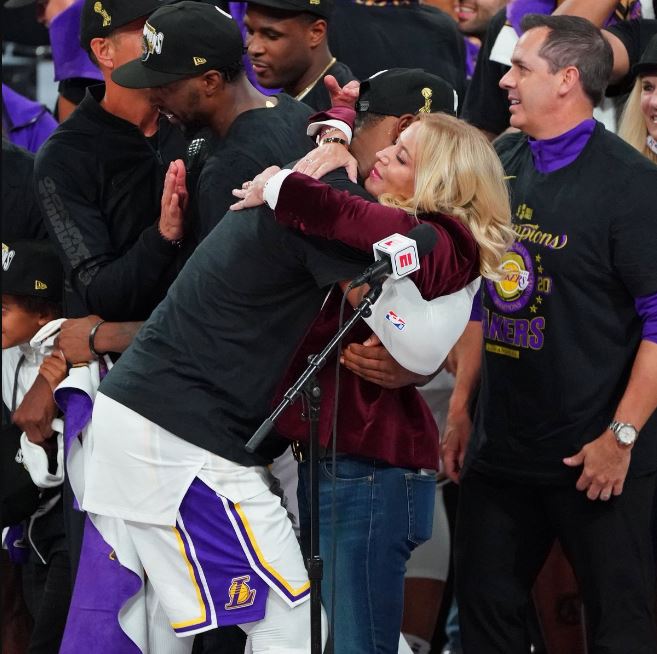 Rave Reviews For The Lake Show

The Lakers earned their title, which they got by defeating the Miami Heat in six games in the NBA Finals, giving the Lakers franchise their first championship in 10 years. They did it with two of the top five players in the NBA, LeBron James and Anthony Davis, who shared the spotlight in domination at both ends of the court throughout their playoff run to the title. In a perfect world, owner Jeanie Buss and GM Rob Pelinka would like to bring back as many pieces from this season’s championship team as possible, but it doesn’t always work that way. There are 10 current members of the Lakers slated to become unrestricted free agents whenever NBA free agency opens. The biggest decisions will be regarding Dwight Howard, Markieff Morris, Dion Waiters, J.R. Smith, Avery Bradley, JaVale McGee, Rajon Rondo, and Kentavious Caldwell-Pope. 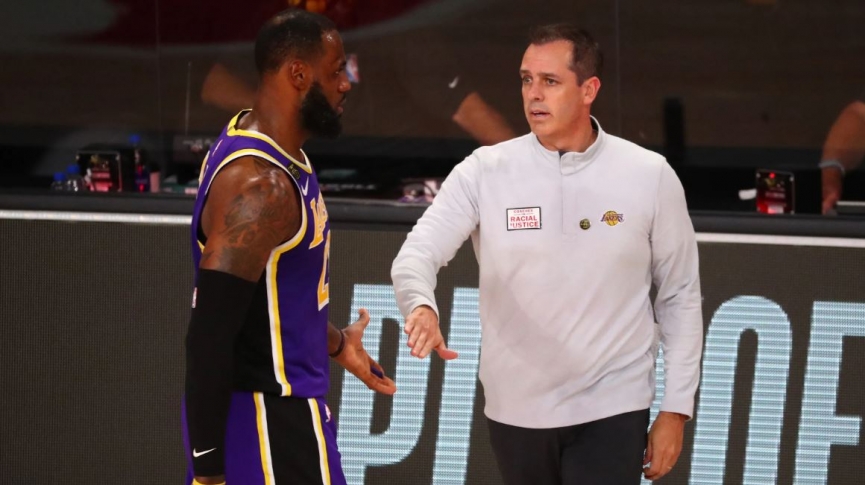 The LA Lakers starting five was outstanding for them, and of course, it will be that way when it consists of two of the best five players in the NBA. However, the Lakers were too heavily reliant on their starting five throughout the season, especially during the playoffs. There wasn’t much of a bench for head coach Frank Vogel to turn to for production and performance. The LA Lakers have to shore up the depth on this team by improving their bench but will be challenged to improve for free agency because of their salary cap space limitations. 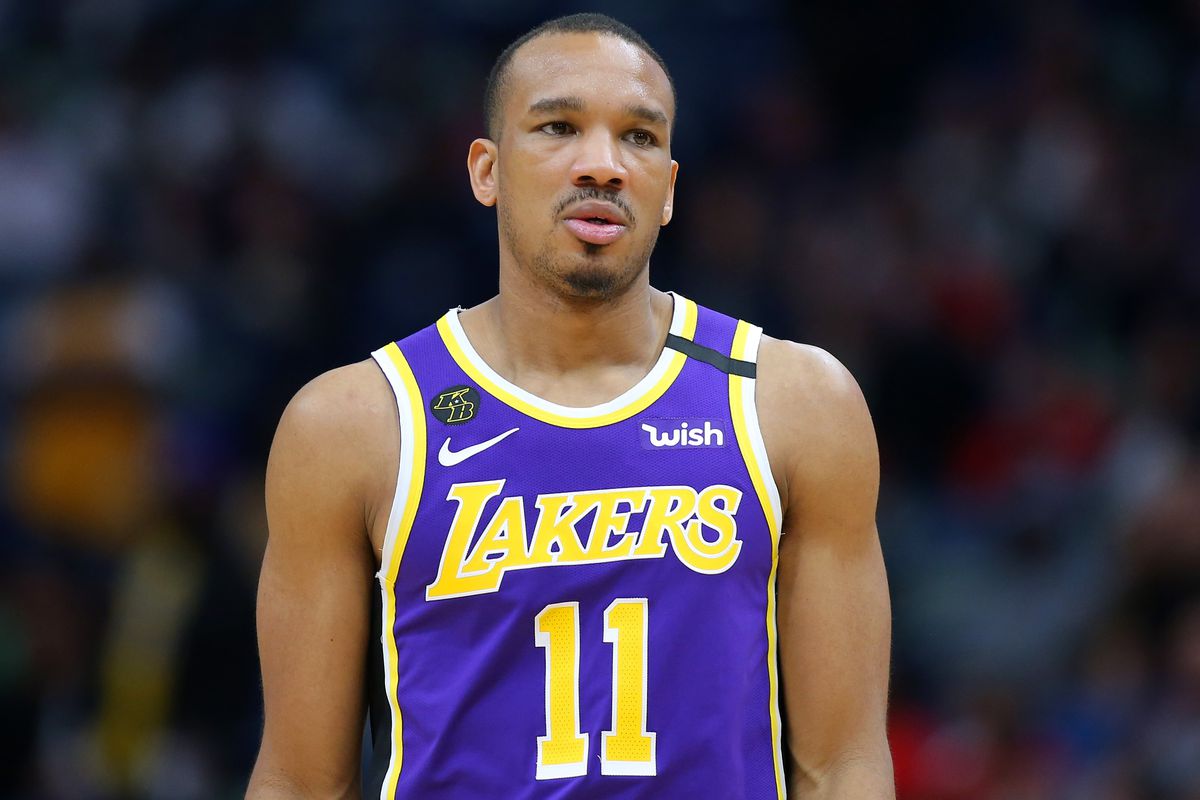 The good news for LA is that Avery Bradley will be back from injury and back to his spot in the starting five next season, and that means Kentavious Caldwell-Pope will likely be shuttled back to the bench. That’s a good thing for the Lakers. KCP was outstanding in the playoffs since he joined the starting five in Bradley’s absence. He was one of the best 3 point shooters on the team and is one of the better defenders on the Lakers.

Dion Waiters is also a potential solid bench player heading into next season for the Lakers, and a few other talented younger players could see more playing time next season and thrive in it. The Lakers can’t do much in free agency based on the constraints they are dealing with right now to improve their bench from outside. Still, players on the current roster got valuable experience in winning a title this season that can lead to strong performance and continued improvement next season. 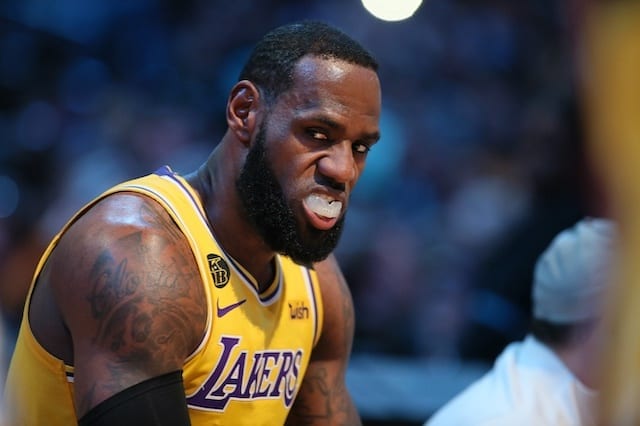 The betting markets do not see any letdown or hangover from winning the title for the Los Angeles Lakers going into next season as the Lakers are favorites to win the NBA title in 2021 at approximately +325. They are just ahead of the LA Clippers, Golden State Warriors, and Milwaukee Bucks, who are all 10-1 or lower to win the NBA title next season. This team will be contending once again. There is no doubt about that when you have LeBron James and Anthony Davis on your team. The Lakers’ defense was elite last season, finishing the season 4th in the NBA in defensive efficiency. There is no reason to expect that to change heading into next year. 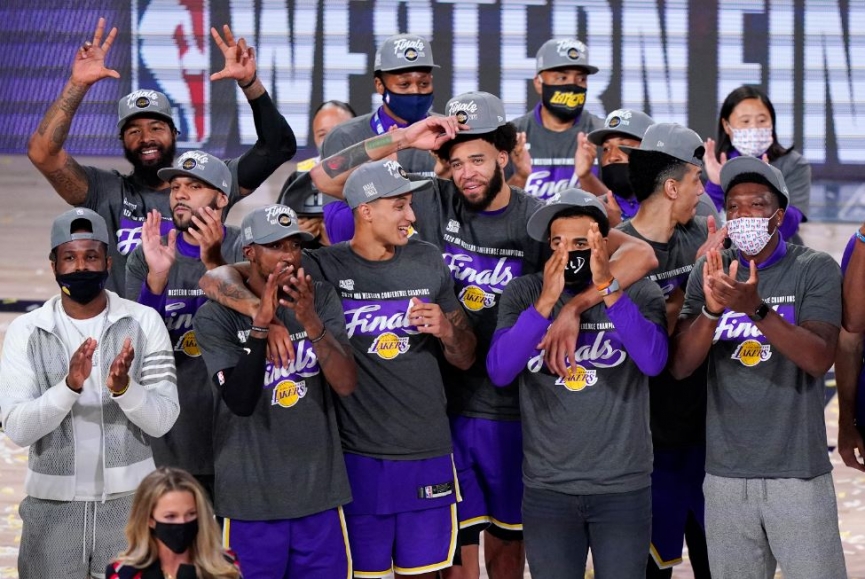 Yes, the offensive component of this team came and went at times last season. Still, they will have Avery Bradley back from injury, which will send Kentavious Caldwell-Pope back to a reserve role on the bench where he can hopefully continue to play well at both ends of the floor he did in this year’s playoffs taking on a starting role. The LA Lakers certainly have it in them to repeat as champions, but there will be teams standing in their way. The LA Clippers will be a force to be reckoned with again. Denver, Houston, and a resurgent Golden State squad should all be in the mix too in the West. Teams like Miami, Philadelphia, Boston, and Toronto in the East should also be formidable and in the title conversation.

Nothing is a given, and repeating as champions is never an easy task in any sport, but the Lakers absolutely have what it takes to be in the hunt to repeat as champions. They are a great defensive team, and they have two of the top five players in the NBA along with the will and motivation of LeBron James to match Michael Jordan’s six NBA titles in the 1990s, which is probably stronger than ever. From a game-to-game betting standpoint, I wouldn’t expect the Lakers to offer value, and they may be hard-pressed to achieve a winning season against the spread, but in terms of the futures market, the LA Lakers are deserving of being NBA title favorites.