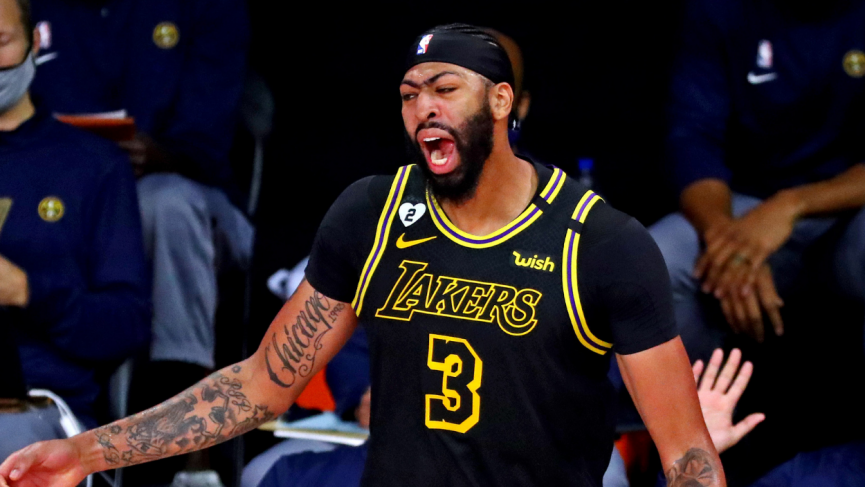 Heat up the Lake 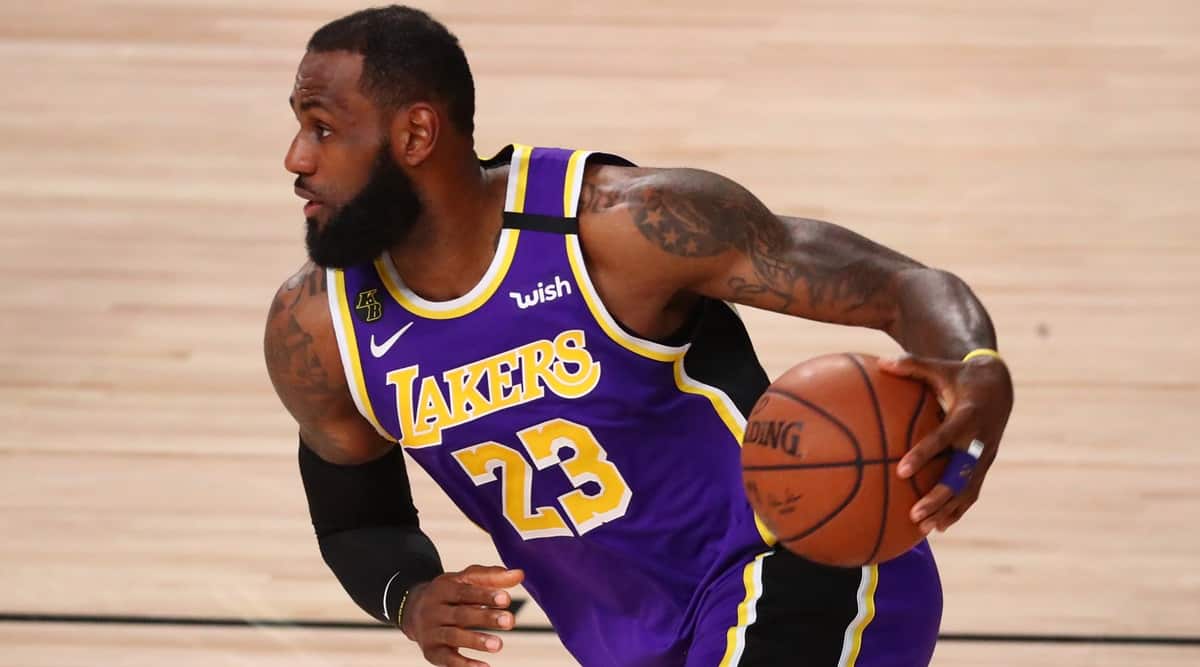 The Los Angeles Lakers on paper appear to be a significant favorite here in the NBA Finals. They are in the -400 series price range against the Miami Heat. The Lakers have two of the best five players in the NBA in LeBron James, and Anthony Davis and they seem to be peaking at the perfect time as the LA Lakers played a phenomenal Game 4 and Game 5 in the Western Conference Final to finally put away a very tough and resilient Denver Nuggets squad.

Miami has earned their way into the NBA Finals by defeating a good Indiana Pacers squad,  upsetting the East #1 seed Milwaukee Bucks doing so swiftly in five games and knocking off a strong Boston Celtics team that had just beaten the defending NBA champion Toronto Raptors in the previous round. Miami has proven their worth and they will be formidable in these NBA Finals for the Los Angeles Lakers.

Miami hoping to be “In The Zone”

I believe the Miami Heat will have the LA Lakers feeling some serious “heat” in their attempt to win the title. Miami has more overall offensive weapons for the Lakers to have to defend and guard in this series than they had to against Denver with Jimmy Butler, Goran Dragic, and a slew of perimeter weapons including Tyler Herro, Duncan Robinson, and Jae Crowder that will stretch out the Lakers defense a lot more than the Nuggets did. The one downfall with Denver was reliance too much on Jamal Murray and Nikola Jokic. Miami has much more offensive difference-makers to contend with.

The Heat can also be much more of a defensive challenge for the Lakers in this series. Miami’s defense especially late in games has been exceptional here in the playoffs. The biggest edge that the LA Lakers have enjoyed in previous playoff rounds is their size and length and the depth they have in terms of able bodies in the paint. Miami can better handle that. The Heat went to a zone defense against the Celtics in the East Final for much of it and it was successful. The zone can slow down the LA Lakers and keep them from scoring in transition. That is key because the LA offense when forced to play in the half-court has tended to bog down and get stagnant and the Heat’s zone defense could force the Lakers to have to execute their offense more than they want to in the half-court. 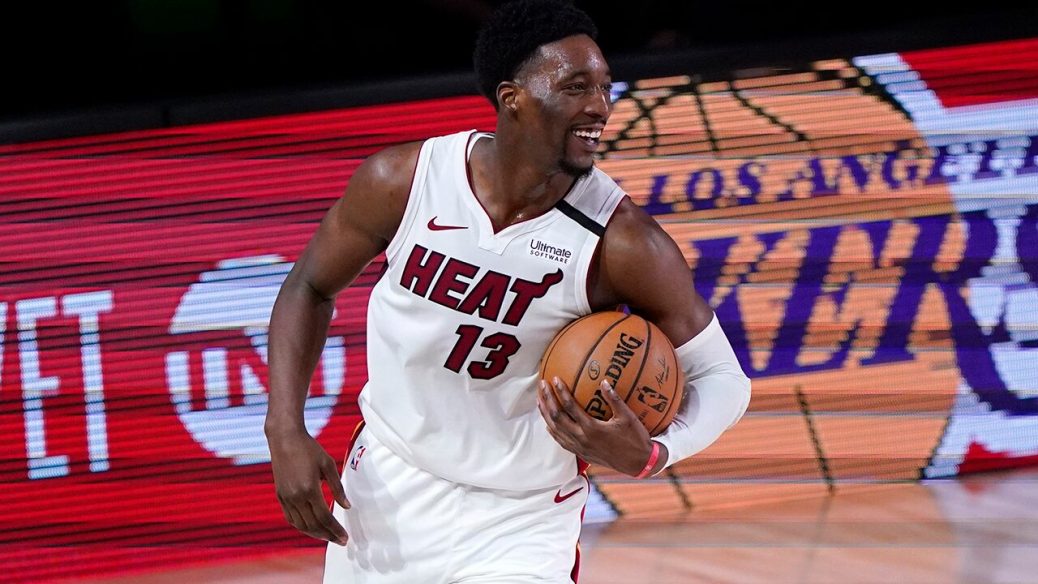 The Miami Heat have Jimmy Butler to put on LeBron James they have Bam Adebayo to try and combat Anthony Davis and it’s worth noting Adebayo is hands down the most physical and athletic player for Davis to have to deal with so far in these playoffs. He has more mobility and speed to go along with physicality, height, size, and toughness than any of the interior low post players that AD and the Lakers faced in the previous rounds.

Adebayo is terrific at stopping penetration to the rim and his low post defense has been sensational and yes he too will have his hands full with Anthony Davis, but AD won’t have a free pass in this series as he’s enjoyed in the previous three rounds. Bam Adebayo already shut down and negated the impact of Giannis Antetokounmpo in the second round against Milwaukee and he will be a problem for Davis in this series. 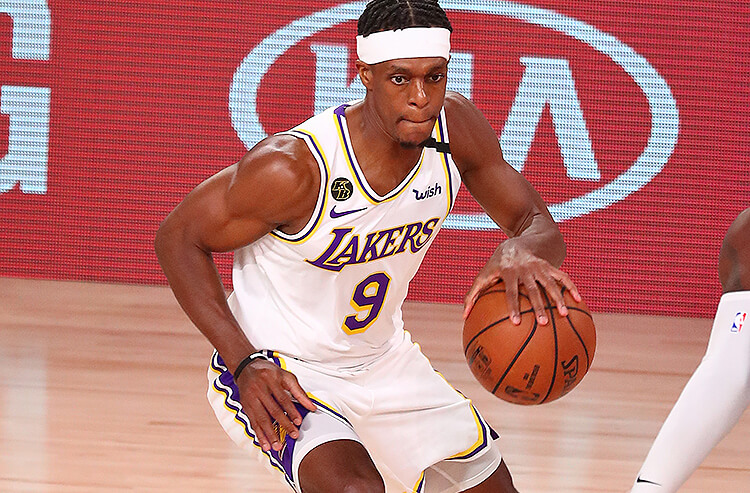 There is no debate that LeBron James and Anthony Davis are the two best players in this series and both of them play for the LA Lakers. After that, it’s reasonable to say that Miami has the next five or six best players on the court at any given moment in these NBA Finals. Jimmy Butler, Goran Dragic, Tyler Herro, Duncan Robinson, and Jae Crowder are in my opinion all better than the 3rd best player on the LA Lakers who would be likely Rajon Rondo or Kyle Kuzma although you could throw Kentavious Caldwell-Pope into the discussion because of his strong step-up performances for the LA Lakers in multiple games during this run to the NBA Finals.

We have seen conceptually over the years that teams with the best superstar talent often win the title and that could be the case here for the LA Lakers who possess not only the two best players in this series, but also two of the top five players in the NBA overall right now. However, I’m not ready to underestimate the game plan, team play, and coaching of the Miami Heat and it’s worth noting I definitely give Miami Heat head coach Erik Spoelstra an edge in the latter department in this series over Frank Vogel of the LA Lakers.

Betting With The Bag LIVE Wednesday at 10 AM ET

The Miami Heat are an outstanding 12-3 SU and ATS in the NBA Playoffs and they are a perfect 3-0 SU and ATS in Game 1 of a playoff series-winning and covering each time in Game 1 against Indiana, Milwaukee, and Boston in the first three rounds. The LA Lakers have not been great this season on 3+ days of rest at 3-4 SU, 2-5 ATS in seven tries in that role. The Lakers are also 1-2 SU and ATS in their previous Game 1’s in the playoffs losing outright as favorites against Portland and Houston, but winning and covering against Denver in Game 1 although that was a dubious spot for the Nuggets less than 48 hours off a stirring 3-1 series comeback win against the LA Clippers.

I have been backing Miami quite a bit in these playoffs as frequent readers of my articles here at Odds.com know by now, but I am going to stick with the Heat +4.5 here in Game 1, and also give them at least a chance to knock off the LA Lakers in this series. I also lean to the Over 217.5 in Game 1 as well with Miami and LA entering the NBA Finals on a combined 9-2 Over streak in their last 11 playoff games.