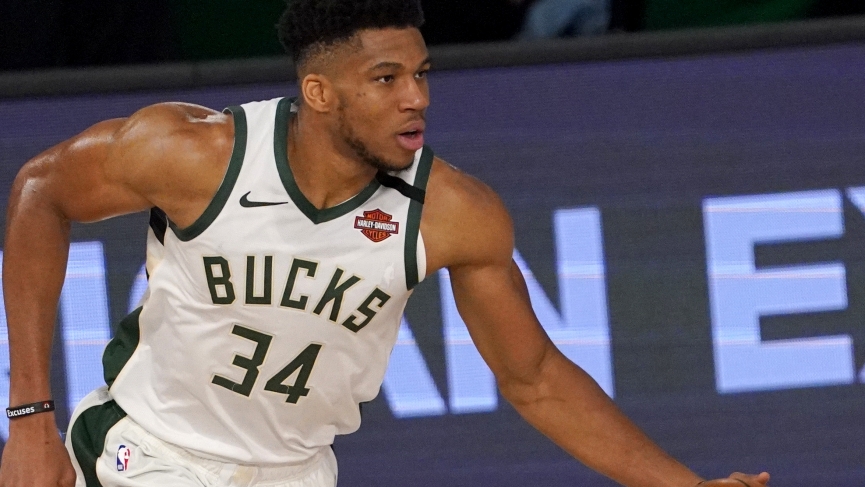 Jimmy Butler and the Miami Heat upset the Milwaukee Bucks in game 1, of this best of 7 series on Monday night and tonight they will try to do it again. Butler scored 40 points while shooting 13 for 20 as the Miami Heat took game 1, 115-104. Dragic was the co-leader for Miami in points with 27. Dragic shot 9 for 15 from the field and he also had 5 assists.

The Miami Heat will look to take a 2-0 lead tonight, but it will not be easy because the Milwaukee Bucks rarely lose two games in a row. Giannis Antetokounmpo is normally the Milwaukee Bucks number 1 score, but in game 1 he was the third-highest scorer on the team. Giannis was held to only 18 points while shooting 6 for 12 in 37 minutes of play. Kris Middleton lead the way for the Bucks scoring 28 points in his 37 minutes of play. Tonight the Bucks will try to rebound and even this series at 1 and I have a pick that is going to cash, so let’s get right into it.

Bucks are on the rebound

The Milwaukee Bucks are the number 1 defense in the league and they are that for a reason. That is why I’m going to hammer this UNDER because they are going to bounce back BIG TIME. That doesn’t mean the Bucks are going to dominate this game and win outright, but it does mean they are going to make adjustments and slow down the Miami Heat which will lower the scoring. 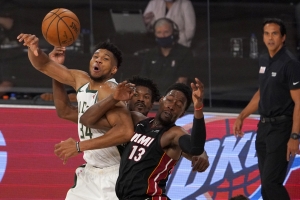 On the other side of the ball, we have the Miami Heat. They played great defense against the Bucks. Well besides the first quarter that is. The Heat let the Bucks put up 40 points on them in the first quarter. That’s 17 and 22 more points than what they scored in the other 3 remaining quarters. One of the big reasons why the Bucks dominate teams and why they dominated that first quarter was because of offensive rebounds. The Bucks are ranked #1 on offense when it comes to rebounds per game, but the Heat stepped up and showed why they are ranked #3 on defense when it comes to defensive rebounds.

The Heat is and will continue to make sure the Bucks don’t get so many 2nd chance opportunities and that’s going to keep the Bucks from scoring their normal 118.7 points per game. The Miami Heat is an underdog tonight and when they are underdogs, they know their defense has to step up if they want to pull off the upset. That’s why the Under is 4-1 in Heat last 5 playoff games as an underdog. The Heat knows they can’t run up and down the court, back and forth, and score 120+ points to win this game so get ready for their defense to step up big time again in game 2.

We also have RLM (reverse line movement) on this total and I love to follow that factor. The total for this game opened up at 221. The public is hammering the OVER, yet the line hasn’t even budged and it’s still at 221. Well if the public loves the OVER 221, why would Vegas not move the line up like they always do? It’s because Vegas and RSP are on the same side and they want everyone to bet the OVER because the UNDER is going to cash and that’s why we’re going to hammer the UNDER in this game. Below are a couple of trends I like for this game.

Bucks vs Heat pick and key TRENDS for this game

Under is 4-0 in Heat last 4 road games vs. a team with a winning home record.

Under is 5-1 in Heat last 6 after allowing 100 points or more in their previous game.

Under is 5-1 in Heat last 6 when their opponent scores 100 points or more in their previous game.

Under is 4-1 in Heat last 5 when their opponent allows 100 points or more in their previous game.

Under is 4-1 in Heat last 5 playoff games as an underdog.

Under is 7-2 in Heat last 9 vs. a team with a winning straight up record.

Under is 9-4 in Bucks last 13 Conference Semifinals games.

Under is 7-2 in the last 9 meetings between these two teams.

So for this game, RSP is taking the Milwaukee Bucks/Miami Heat UNDER 221 for Wednesday, September 2nd, 2020!