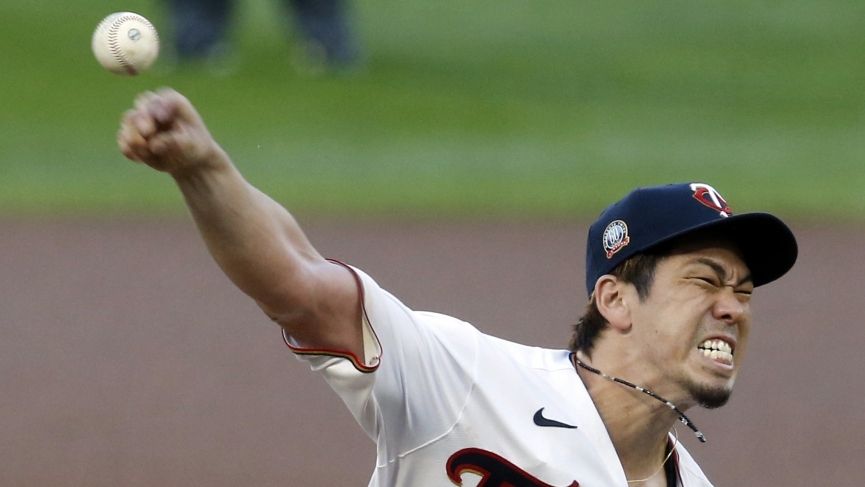 It’s time to take a look at my Twins vs Indians pick for the series that kicks off today. Fireworks will be going off tonight when the two heavy hitters from each league clash. Minnesota has managed to keep winning despite their injuries to serval key offensive weapons. Cleveland has enjoyed an easy past two weeks, now that Cleveland has a tough opponent, look for their starting pitching to regress. Give me the Twins Series price at a nice +115.

Kenta Maeda is having the best start to any season thus far, our only cause for concern would be when Maeda allows baserunners, opponents have a 65 percent chance of cashing in. You will find out later in this article why Cleveland is not what they seem, with an OPS under 0.700 both at home and against right-handed pitching, this tells you they have enjoyed the fruits and labor of playing the bottom feeders in the MLB.

Forty-year-old Rich Hill will be going in G2 for the Twins, he has never faced a team the on the road this year, his two starts Hill went seven innings allowing four runs on six hits at home. Historically Hill has a better record on the road than he does at home, in his first two starts, I believe Hill has some gas left in the tank. G3 we get to see one of my favorite pitchers in the majors, Jose Berrios.

Berrios was a stud when he first burst out on the scene in 2016., he had the stuff to get out any hitter in the league, his problem in 2020 has been the control of his pitches on the road. Above you will see Berrios’s 2.04 WHIP, and Hard Contact percent almost 60. This 26-year-old is too good to just push aside, not to mention he loves playing at Progressive Field.

This has been the talk of the town in 2020. The pitching rotation for the Indians has been the best by far, and that’s been without their two top arms after they decided to go out with a group of people breaking the quarantine rules put in place. Now that the Indians have adjusted to life with Clevinger and Plesac, they’ve found a rhythm. My problem with the wins from the Indians in the past two weeks is their opponents. When you get to play the Tigers twice and the Pirates for a three-game set, you would expect to will almost every game. 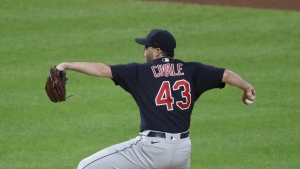 G1 will bring out Aaron Civale, the 25-year-old is into his second year with the club, he holds a WAR of 2.4 and some very low contact at 31 percent. This is eye-opening for a young stater after only two seasons. Expect some regression for Civale, and tonight’s series might just be that spot, Atlanta will be frustrated after getting called out at the plate in their 5-4 loss to the Phillies last night. The bats of Minnesota are so deep, Civale will need to keep the ball in the park if he wants to leave with a lead after five innings.

Shane Bieber no relations to Justin is having an MVP caliber year, never in my life have I seen a pitcher have a WHIP under zero yet somehow Bieber has managed a negative 0.51 WHIP, with no HR’s allowed and a 100 percent runners in scoring position. When we look at Bieber historically he actually struggles, we’ve been saying it all along the Indians have enjoyed weak-hitting teams, which in large part has boosted their pitchers’ stats to what it is today. I

t’s hard for me to decipher between Civale and Plutko, 28-year-old Plutko makes the sixth start to the year, and his WHIP is not what you would like at 1.41. To make things worse Plutko is not lasting long in games, since July 28th he has not gone longer than the fourth inning in a game, while his ERA is rising each game he starts. Minnesota will show this week why they’re a top hitting team even without offensive stars like Buxton and Donaldson.

Twins vs Indians At Progressive Field

There is not much to differentiate between all three starters. Though Maeda has not made an appearance at Progressive Field, he’s been the most reliable pitcher the Twins have had, and it’s not even close. Historically his WHIP is 1.12 a really good number, this year he’s been even better at 0.63. When you have a pitcher with a whip of 0.63 after a five-game sample size minimum, you have yourself a true stud on your hands.

The same will go for the Indians, Shane Bieber has a 1.10 WHIP on the year, and a 0.76 in 2020. What really stands out to me in Bieber’s strikeout count, in just six games he’s averaging over 10 K’s a game. This number is not manageable, but it tells you Bieber is dealing. I like our chances with Hill on the mound in that game two matchup verse Bieber. If the Twins get to Bieber early, any hope of winning this series for the Indians would be out the window in my opinion.

Here is where our advantage lies. Minnesota has kept their impressive offensive statistics intact, somewhat surprising for a team that relies so heavily on the long ball. Our table above simplifies just how well the Twins are in comparison to the Indians. Batting average and OPS are your main two tells how a team is hitting at the plate. wRc+ giving you an overall number out of 100 summing up your offensive talent.

OPS gives you a true indicator as to how well a team is hitting the ball for extra-base hits. Cleveland has been a massive under team all year, not scoring runs, relying on solid pitching to win games. They are now put up against a team like the Twins, I expect big-time regression, and  I’ll be fading this Indians pitching staff until they can prove to me they can compete with the big boys of the MLB.

The reason why both clubs have a positive record three weeks is in large part to their bullpen locking things down late. I would like to see each team with a bit of a higher K-BB ratio, especially now that Cleveland is facing the toughest lineup they’ve seen since the Cubs back on August 10th-12th. Don’t be afraid of the Indians starting five, a true lineup like the Twins will expose these pitchers for who they really are, mediocre. Get the wallet out on the Minnesota Twins series price of +115, available at a variety of sportsbooks that can be found at odds.com