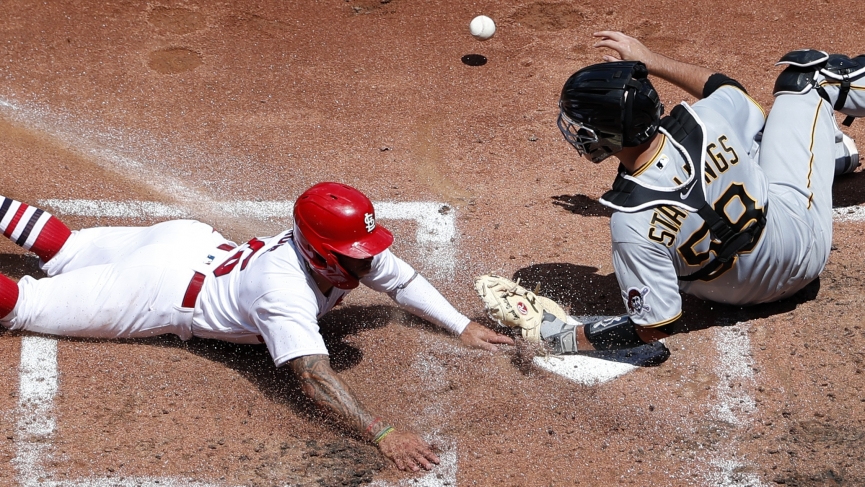 Tuesday’s tussle in Minneapolis serves as the home opener for the Twins who spent this past weekend in Chicago. The short 2-game set this week also serves as the start of a 7-game road trip for the Cardinals, who head to Milwaukee and Detroit after this interleague series. The first pitch at Target Field is scheduled for 8:10 p.m. (ET) and will be delivered by Minnesota’s Homer Bailey (0-0, 0.00). St. Louis counters with Carlos Martinez (0-0, 0.00).

Overnight numbers went out with fairly tight money lines before action on the Twins drove the price up. FanDuel has Minnesota priced at -130 now, with a 10-run total that slightly favors the ‘over.’

First Start For Martinez In 2 Years

Like Minnesota, the Cardinals got off to a 2-1 start with a series win over the Pittsburgh Pirates in St. Louis over the weekend. Both victories on Friday and Saturday just managed to skip past the totals on MLB odds boards, but the Cardinals couldn’t muster much offense in Sunday’s finale, a 5-1 loss to the Bucs that stayed ‘under’ the mark. St. Louis batted .253 as a team, with four different hitters going deep in the series. 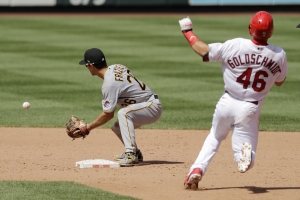 Martinez spent all of 2019 and about half of 2018 working out of the bullpen, and Tuesday will be his first start in nearly two years. It was due to injury and workload concerns that forced the Cardinals to move the right-hander to a relief role, and the shift back to the rotation means South Korean rookie Kwang-Hyun Kim is now filling the closer’s slot for Mike Shildt’s club. Martinez made four relief appearances in the 2019 playoffs, allowing six runs in 3.2 innings.

This will be the third start against the Twins for Martinez, and some shaky fielding has led to losses in his two previous assignments. Combined, he worked 11.2 IP and allowed just three earned runs, one of the defeats coming at Target Field in 2015. It will be the first time several Minnesota hitters have faced Martinez, with Eddie Rosario 3-for-6 (.500) lifetime against the Dominican.

Cruz Off To Red-Hot Start For Twinkies

Bats were out in full force over the weekend on Chicago’s South Side where the White Sox and Twins combined to score 44 runs. Minnesota won the opener and the series finale helped along immensely by veteran DH Nelson Cruz. Cruz turned 40 when Summer Camps opened earlier this month, and cracked three homers among his seven hits in the series, driving in 10 runs and scoring seven times himself. The downside to the 2-1 start is a 5.88 team ERA, though a big chunk of that came during a couple of relief outings on Saturday. 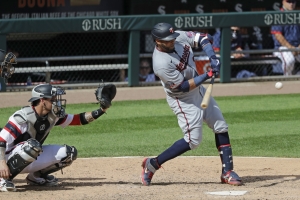 After spending his first 12 seasons with the Cincinnati Reds, Bailey is with his third team since the start of 2019, splitting last season with the Kansas City Royals and Oakland A’s. The former 1st-round pick out of La Grange, TX went 13-9 combined with the two clubs, making 31 starts and recording a 4.57 ERA.

Thanks to all of that time in Cincinnati, Bailey has plenty of experience against the Cardinals over the years. He also faced St. Louis once last season while with Kansas City, and it was one of his uglier outings of 2019 (1.2 IP, 5 ER). Bailey hasn’t beaten the Cardinals since May 2014 and is 0-5 with a 7.81 ERA in his eight starts against them since then.

Minnesota won the ’87 World Series, four games to three, all four wins coming in the Metrodome while the Cardinals’ three dubyas came in St. Louis. The teams have split their 26 regular-season matchups, and once again there’s a nice edge for the home teams with the Twins 7-3 in Minnesota while the Cards are 10-6 at the two Busch Stadiums along the way.

Just as they will do it this time, the clubs played a 4-game, home-&-home schedule back in 2018 when they last met. Minnesota bucked the home-field advantage trend two years ago by taking both games in St. Louis, and the teams split the follow-up set at Target Field. The baseball odds included an ‘under’ and a push at Busch, with the games in Minneapolis running 1-1 O/U.

Morning clouds should give way to clear skies in Minneapolis on Tuesday, the thermometer sitting in the low-80s at first pitch with a light NW breeze (in from left). Unable to convince me to get behind Bailey, my pick is on the underdog in this battle. Play the Cardinals +114 at FanDuel.