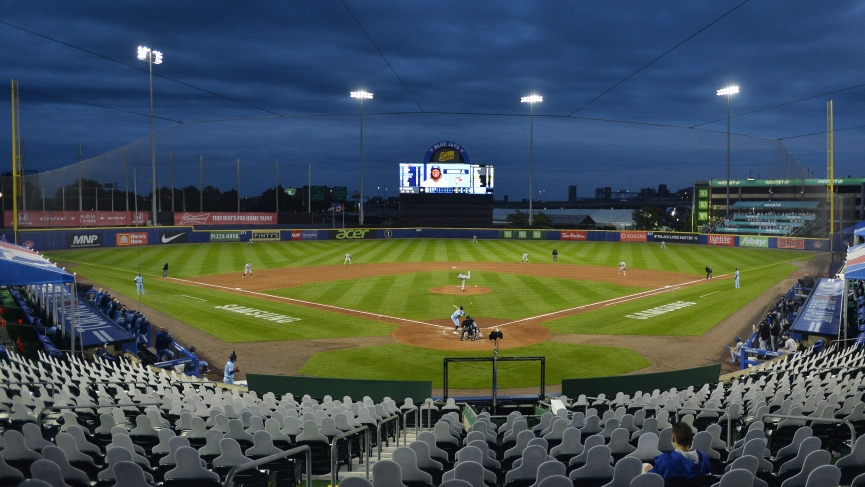 OddsHQ’s New York Mets vs Toronto Blue Jays Pick for 9/11/20: The Jays have won 15 of their last 20 games, but run into a red hot ace in deGrom for the Mets tonight. There may be value fading the Jays vs a healthier Mets line up. 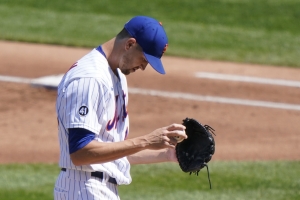 New York Mets (20-24) vs Toronto Blue Jays (24-19) Cruise control has been turned on and Met’s ace Jacob deGrom has been dealing. He’ll need to be careful with Randal Gruichuk, with two home runs in his career versus the ace. Toronto will counter with Chase Anderson, coming over from Milwaukee to Toronto. Anderson is still finding his own, while the Mets bats have risen from the dead, crushing the ball on offense.

The New York Mets will look to Jacob deGrom in the series opener against the Toronto Blue Jays. deGrom has been a top 30 pitcher in the majors, leading by example with his 36 % K-BB percentage. Travis Shaw and Randell Griucuk have positive appearances at the plate, with .375 batting averages vs deGrom. Shaw has been swinging the hot bat and will be our player to watch with ten hits and six RBI’s in the past week. deGrom has a very low launch angle seen above in our table, this helps him keep the ball in the park, especially when there’s wind blowing out. The sweet spot percentage is extremely low at just 25 percent, while his excepted batting average and wOBA are numbers of a true champion. Cold weather will be sweeping to Buffalo this weekend, giving the pitchers more of an advantage.

Chase Anderson is struggling to put innings together, blowing up in at least one inning before he gets pulled from the mound. Anderson has a very low K-BB percentage compared to his counterpart, 7.5 percent will not get it done in the majors. Anderson’s xFIP is nearly 5.00 once again solidifying the fact he’s not what the Jays envisioned. The Mets are swinging with some power since August 15th, .ISO power is .248 when faced with right-handed pitching on the road. Anderson must watch out for McNeil and Alonso, these two are leading not just the Mets, but the majors in runs scored on the road since Aug. 15th. A recipe for a home run pitcher is exactly what Anderson is going to show us, a sweet spot percentage over 35 and launch angle of nearly 15 degrees. Anderson is going to be tested to say the least.

Here we have two ball clubs that are extremely close to differentiate on the season. Their expected batting average and wOBA are nearly identical, while recent form favors New York. The Mets start a six-game road trip and will look no further for their offense. Five of the nine bats for the Mets are mashing at the plate, hitting for power, and RBI’S. With a near-complete healthy team, look for the Mets to climb the leaderboard, thanks to clutch hitting and well-timed relief pitching.

The Blue Jays are still on the comedown from their ten runs in the sixth inning versus the Yankees a few days back. Unfortunately for Toronto, they will be missing three key bats for tonight’s crucial series against the Mets. Unlike the Mets, Toronto is sitting in the middle of the pack with ISO power of .182  on the road. The Blue Jays have been one of the hottest teams in the MLB. Since August 15th the Jays have been on a tear winning 15 of their past 20 games. There’s just one downfall. Unless your name is Ryu for Toronto, I would be hesitant to back this team until guys like Bichette and Hernandez return to the lineup. Watch for Bo Bichette to possibly make his long-awaited return this weekend, after taking a few cage sessions this week.

In three weeks Toronto has expended their bullpen to near 90 innings. This is way too much for a team that are already thin on the back end. The Mets do not exactly scare many people either with a 7.8 K-BB percentage, and 5.46 FIP. Give me a stronger and healthier offense, who are hitting the ball at the right time for the Mets down the stretch. Our best bet for tonight’s northeast showdown will be on the New York Mets Team Total Over 4.5 -130 found at Bet365.