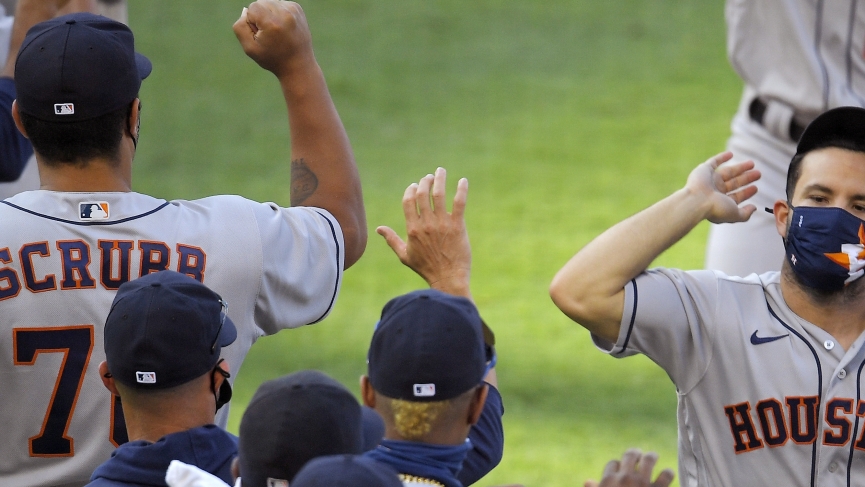 Looking at my Houston Astros vs Arizona Diamondbacks pick, you can say that this matchup has evolved from being just a decent matchup back in the old days when the two teams were building a nice little rivalry playing in the National League to now something along the lines of a minor regional pairing on the interleague slate.

It was lopsided in the Diamondbacks’ favor before swinging around to the Astros since they joined the AL, and it’s definitely a crucial matchup in this shortened 2020 season as the teams open a 3-game series at Chase Field on Monday night (9:10 ET).

The battle begins with a case of youth vs. veteran on the mound where rookie Christian Javier toils for Houston against veteran Madison Bumgarner of Arizona. The Astros didn’t officially announce their pitching plans until it was too late to make the overnight board at FanDuel, but look for Houston to be slightly favored once the numbers come out, along with a total in the 9-9½ range. 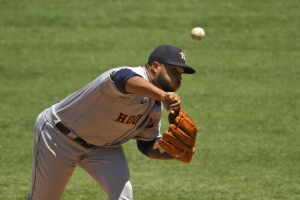 Houston took Monday off after taking two of three from the Angels in Anaheim. Astros hitters bounced back following a couple of lackluster performances last week at home against the Los Angeles Dodgers, scoring 19 runs in the series with the Halos. The last two games in Anaheim over the weekend went extra innings, as did the finale in the set with the Dodgers, so Monday’s odd day should help Dusty Baker’s bullpen get a little rest, especially now that closer Roberto Osuna is on the DL with a sore right elbow.

Alex Bregman hit safely in all three games in Anaheim, popping his second homer of the season in Sunday’s triumph. The 2-time All-Star is still batting only .211 on the season and isn’t the only Houston star to be struggling at the moment as Jose Altuve (.158) and George Springer (.172) have yet to find their strokes.

Javier dazzled in his first major league start last week against the Dodgers, holding that deep lineup to just two hits and one run over 5+ innings and striking out eight. The only LA run came on a Corey Seager long ball in the second inning, and the 23-year-old right-hander mixed in his live fastball that reached the mid-90s with his curve and slider. 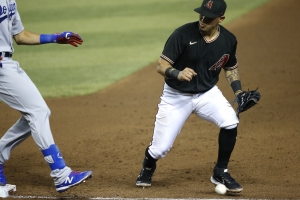 Arizona found the basement of the NL West Division over the weekend when the Diamondbacks dropped three of four to the Dodgers. Runs were scarce against LA pitchers, Arizona’s lineup managing to plate just 10 of them in the 4-game set and now ranking last in the National League averaging 2.7 RPG. The team has managed to hit but two home runs in the first 10 games, and sports a measly .192 batting average heading into this series.

A noticeable drop in velocity is being blamed for Bumgarner coming out of the gate slow. The Diamondbacks have dropped both of their prized free agents starts to date, Bumgarner allowing five runs over his first 11 innings with four walks against nine strikeouts. Both of those outings came on the road with Bumgarner and the D-backs the underdogs on the MLB odds, making Tuesday night his official first home start for Arizona. The 11-year veteran went 2-2 with a 4.02 ERA in his last five outings at Chase Field (2017-19).

Bumgarner was with the San Francisco Giants when he first faced the Astros in 2011, and this will be his seventh career start against Houston. The southpaw is 4-1 in the previous six assignments with a 2.06 ERA, the most recent matchup a couple of years ago when he spun seven innings of scoreless baseball in a no-decision. Altuve has been a tough out over the years, the Astros second baseman hitting .389 (7-18) with a homer off Bumgarner.

It has been two years since the teams last met, also a 3-game series at Chase Field where the Diamondbacks took two of three. It has become one of the regional rivalries on the MLB schedule since Houston moved to the AL in 2013, and the Astros own an 11-7 lead in that span after the clubs played each other 99 times as National League rivals. The last seven matchups in Phoenix sent ‘under’ bettors back to the pay window six times.

It’s August, so there’s no need to check the weather report for Phoenix where the lid will be clamped down and the AC running at Chase Field to help fend off triple-digit heat. That ‘under’ trend between the teams when they’re scrapping in Arizona is mighty tempting, but my pick will instead be on the Diamondbacks as small underdogs.